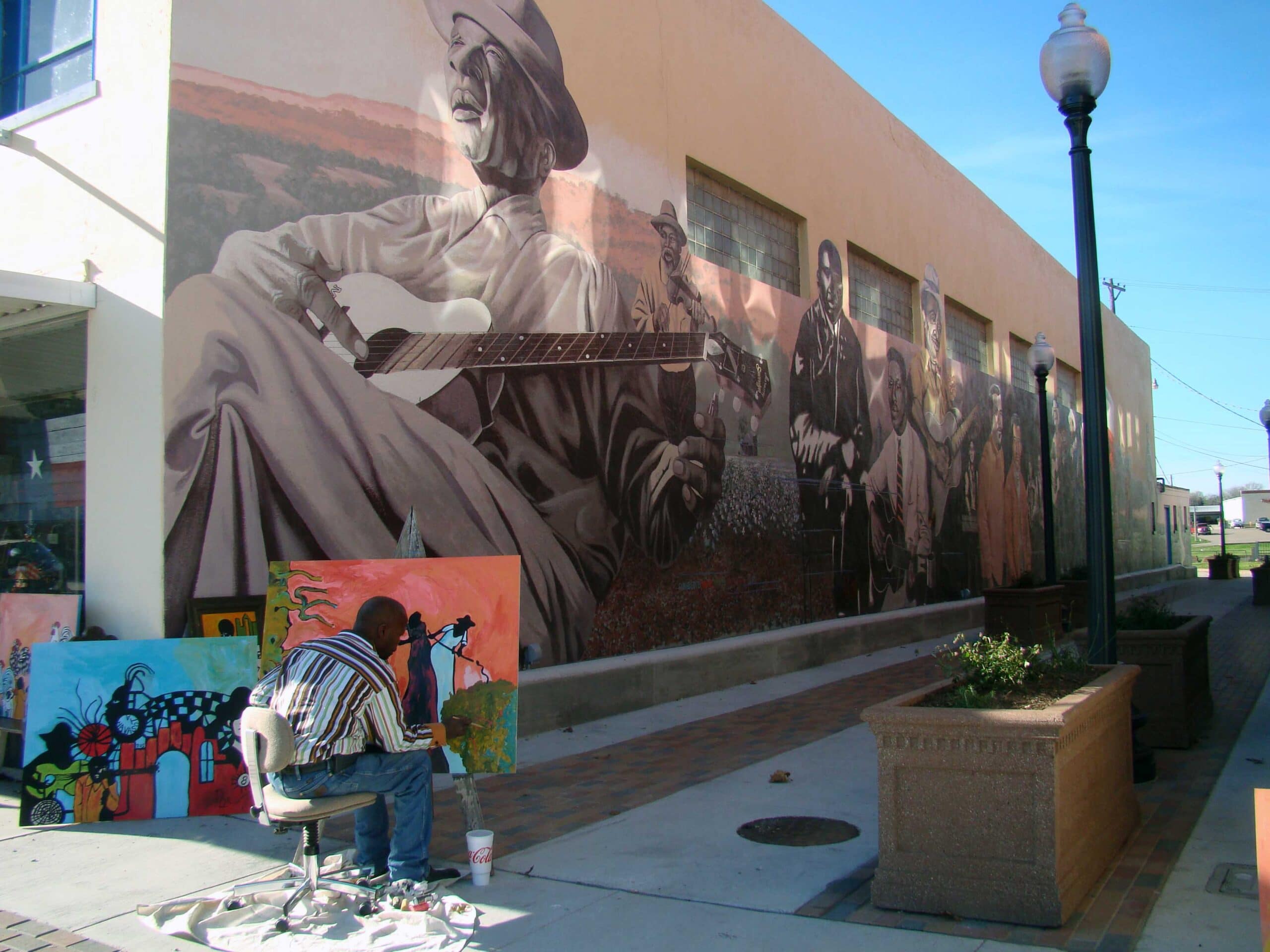 Folks in Navasota may be “singin’ the blues,” but it’s not because they’re in despair. Just the opposite, in fact. The city was designated the “Blues Capital of Texas” in 2005 by the Texas Legislature, and, ever since, residents have been downright upbeat about the blues.

Bert Miller, the current mayor of Navasota, notes that the city, located between College Station and Houston, had a popular Blues Fest that originated in 1996. From that event, someone got the idea that seeking the “Blues Capital of Texas” designation from the state would be a worthy pursuit. “I definitely supported it,” said Miller, president of Miller Insurance Agency.

Even though the Blues Fest ended in 2016 — organizers cited increased costs and decreased funding — much grew from the blues capital designation. A blues-themed mural covers the side of a building; a sculpture of blues musician and hometown product Mance Lipscomb, who was the inspiration for Blues Fest, sits on a bench in a park named for him; a new one-day blues event was held in August to replace the longer Blues Fest; and the designation as the state’s blues capital continues to draw curious visitors. “It’s definitely brought people in,” Miller says, “especially from out of town.”

Perhaps no one living has more knowledge of Navasota’s blues legacy than Russell Cushman, an artist, sculptor, photographer, writer and historian, and creator of a blog called “Blues Valley.” Cushman now lives in Belton, but he’s still promoting Navasota’s blues heritage. Ironically, Cushman was opposed to seeking the “Blues Capital of Texas” designation because he thought it might project a bad image for Navasota. After all, blues was an expression of sorrow that grew out of slavery. But once Cushman understood the importance of that legacy and the potential that would come from the designation, he was all in. “I’m a team player,” he says. “I jumped in with all four feet.”

Cushman later was elected to the Navasota City Council and learned that a Russian film crew was headed to town for a piece on the blues capital. But the only thing the city had related to the blues at the time was the Blues Fest, so Cushman and others got busy trying to come up with ideas for the film crew.

The Russians cancelled, but that experience got the ball rolling. Cushman started doing research and learned that Navasota and the Brazos Valley region had a rich blues heritage due to its cotton patch history, where many blues songs arose. Blues legends like Lipscomb, Blind Willie Johnson, Lightnin’ Hopkins and Milt Larkin kept popping up.

Cushman became so intrigued with that legacy that he created his “Blues Valley” blog and wrote a book, The Light of Day, which is serialized on the blog. Cushman’s research and the interest shown by the Russian film crew educated Cushman about the rich heritage of the blues and how that genre was woven into others like soul, country and rock ’n’ roll.