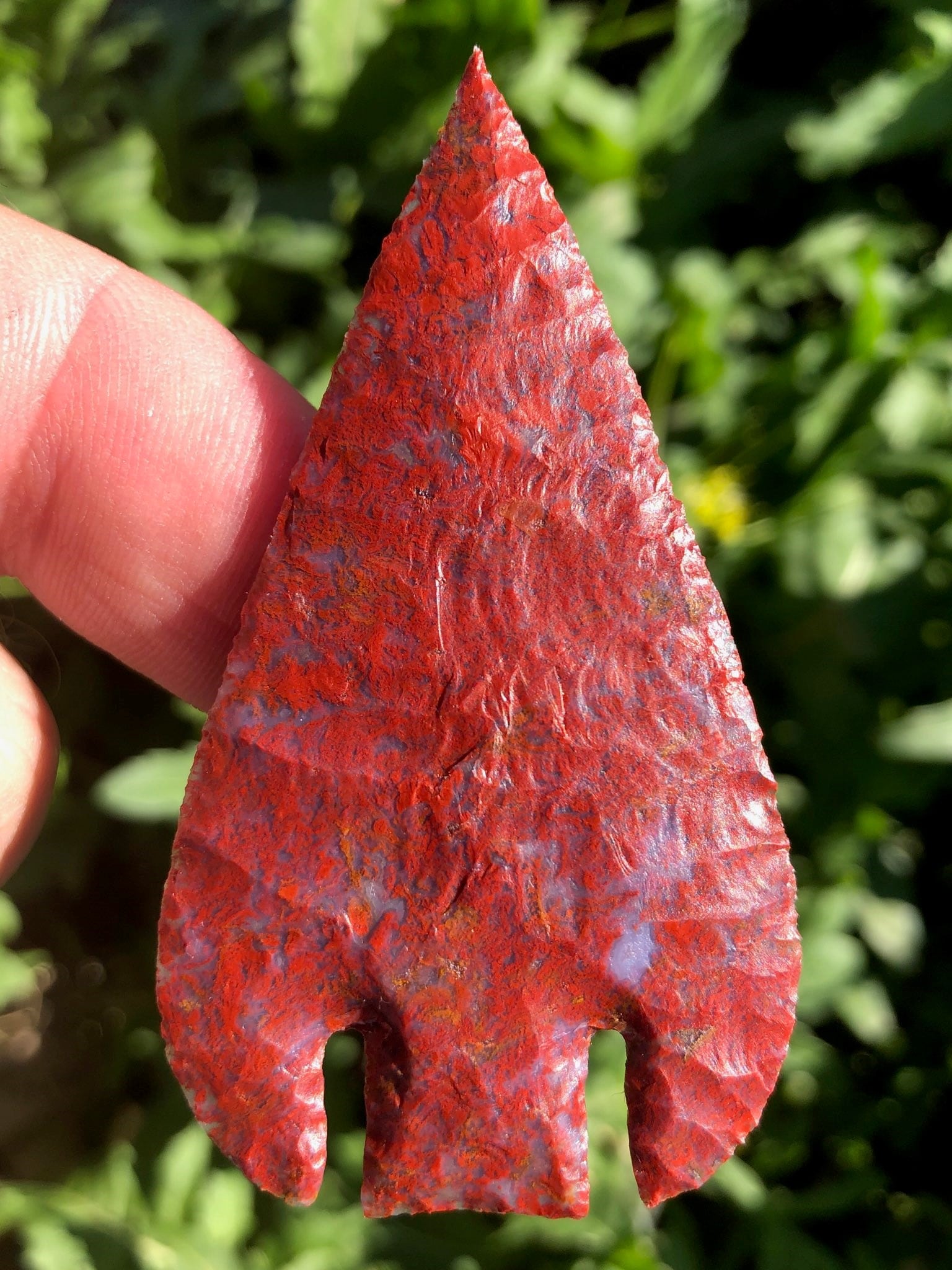 Preserving the History of Those Who Lived It

Kinley Coyan is known as a father, a rancher and a flintknapper — more specifically, the Big Bend Flintknapper.

For more than 10,000 years, the indigenous peoples of North America created countless stone tools and weapons such as spear and dart points, arrowheads, knives, scrapers and blades. Modern-day flintknappers continue this age-old craft. The process of chipping away and shaping flint, chert, obsidian or other silica-based stones to create sharp points or tools is known as flintknapping.

As a youngster, Coyan hunted for arrowheads with his stepfather and grandfather. Attending second grade in Kerrville, Coyan recalls a particular “history day”when a local jeweler did a show-and-tell presentation on flintknapping. “That’s when I decided,” he recalls, “that I wanted to be a flintknapper.”

While in San Marcos, Coyan began experimenting with flintknapping. He found it relaxing and enjoyed creating pieces of art. However, flintknapping can also be quite dangerous, and he learned from experience that cuts are common and can be severe. (Modern flintknappers are advised to wear hand and eye protection as well as dust masks.) He met a flintknapper who had a new method of knapping that was easier and safer, and he continued to hone his talent.

While in graduate school at the University of Texas at San Antonio, Coyan was asked to do a presentation on flintknapping. With several of his pieces on display, a gentleman approached him and asked, “How much are you selling these pieces for?” Coyan remembers thinking, “Wait, I can make money at this?” It had never occurred to him that his hobby could produce income. He quickly arrived at some prices and sold two of his pieces that day.

Since that first exhibition, Coyan has been asked to participate in a variety of events. Now living in Sanderson, he’s shared the art of flintknapping at living history events at Fort Chadbourne, Fort Lancaster, Fort McKavett and Fort Stockton. Visitors to these events can observe him working and talk with him; some are lucky enough to purchase one of his arrowheads as a souvenir.

Since most of Coyan’s works are Texas-style points, he likes to use the local West Texas agates and cherts but also uses materials from the Hill Country. He says it wouldn’t be authentic to have rock from another part of the country.

Today, Coyan’s pieces are available for sale at exhibits and online. He’s pleased to have a following and appreciates having customers from across the world. Sometimes his points will sell within an hour of posting.

A year or two ago, Coyan determined to track his sales; in 365 days, he sold 428 pieces. One customer in Maryland has over 100 of Coyan’s pieces as part of a larger collection. Some buyers hunt wild game with his arrowheads just as the Indians did over 100 years ago.