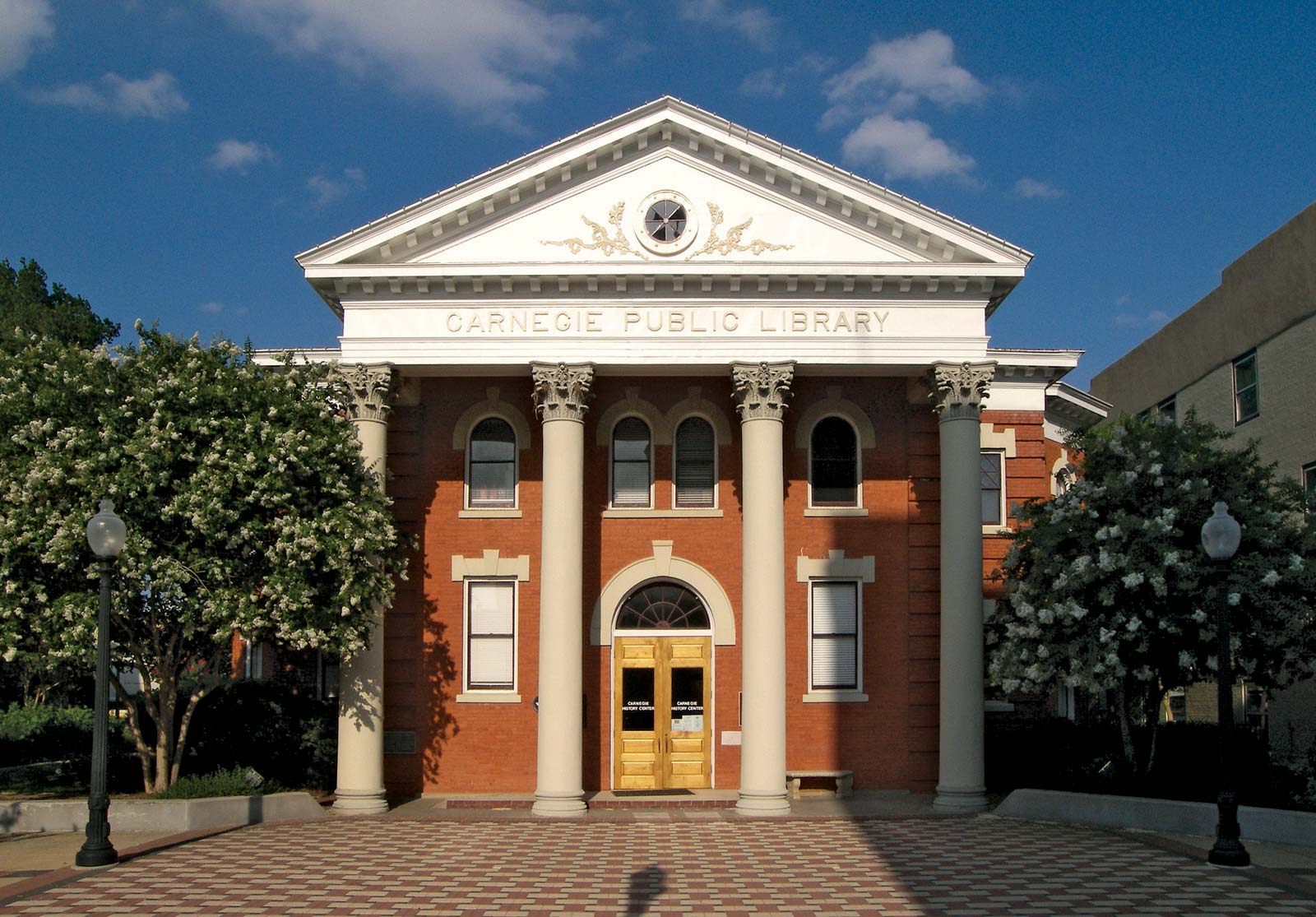 Given that he was one of the great philanthropists in American history, it’s no surprise that Andrew Carnegie’s name is emblazoned across several of the country’s most treasured institutions, including, of course the famed Carnegie Hall in New York City.

But you don’t have to travel to the Northeast to witness some of Carnegie’s historic generosity.

In fact, the Carnegie Corporation of New York built 32 Carnegie Libraries across Texas between 1898 and 1915. The organization spent more than $18 million in present-day dollars (about $650,000 at the time) to build repositories of knowledge, many of which were erected in smaller communities that previously didn’t have the resources to build their own.

Today you can still visit nearly half of them, all designed by Texas architects, from Ballinger to Marshall to Jefferson. Thirteen of the original Carnegie Libraries in Texas remain, with 10 of them landing on the National Register of Historic Places, and the lion’s share standing in communities throughout North and East Texas.

If you’re looking for the “real deal,” head to Jefferson, where you can find the beautiful 1907 building still advertised and operating as the Jefferson Carnegie Library. The same goes for the Stamford library, granted in 1908 for $15,000.

Several other communities throughout Texas have found creative adaptations for their Carnegie Libraries. In Tyler, for instance, the Carnegie Library ceased operation as a library in 1978 when the city built a newer library across the street. The Smith County Historical Society now fittingly occupies the building, which was the first structure in town to have running water and also served as a Red Cross hub during World War I.

With Carnegie’s name still boldly engraved across the top, Terrell’s former library is now home to the Terrell Heritage Museum, which houses thousands of artifacts from Terrell’s history. The town continually works to renovate and keep up both the historic building and several other impressive relics, like a private railcar from 1890.

The former Sherman Public Library, built with Carnegie grants in 1914, is now the impressive Sherman Museum, a shining example of historical excellence in small-town Texas. Boasting more than 50,000 objects in its collection, the Sherman Museum was founded in 1976 and promotes the education and preservation of the Grayson County and greater Red River area.

And if you’re on your way to Cleburne, Belton or Bryan, be sure to stop at the Layland Museum, Bell County Museum, and Carnegie Center of Brazos Valley History, respectively. All three gorgeous buildings have stood for about 115 years and currently house impressive collections pertaining to the rich culture of the areas.

And perhaps the most distinctive adaptation of all: the Gainesville Carnegie Library has been transformed into the Butterfield Stage, a community playhouse that serves as the hub for arts in the region and has hosted more than 1,700 shows to date.

Sadly, multiple Carnegie Libraries fell victim to either municipal expansion in the 1960s and ’70s or destruction. The Pittsburg, Texas, library was only the eighth Carnegie Library commissioned and the second outside of Pennsylvania. It burned in a fire in 1939. The Temple and Clarksville libraries suffered similar fates.

But with a handful of these beautiful and historic buildings still serving important functions, it’s safe to say Andrew Carnegie’s famed philanthropy lives on deep in the heart of Texas.