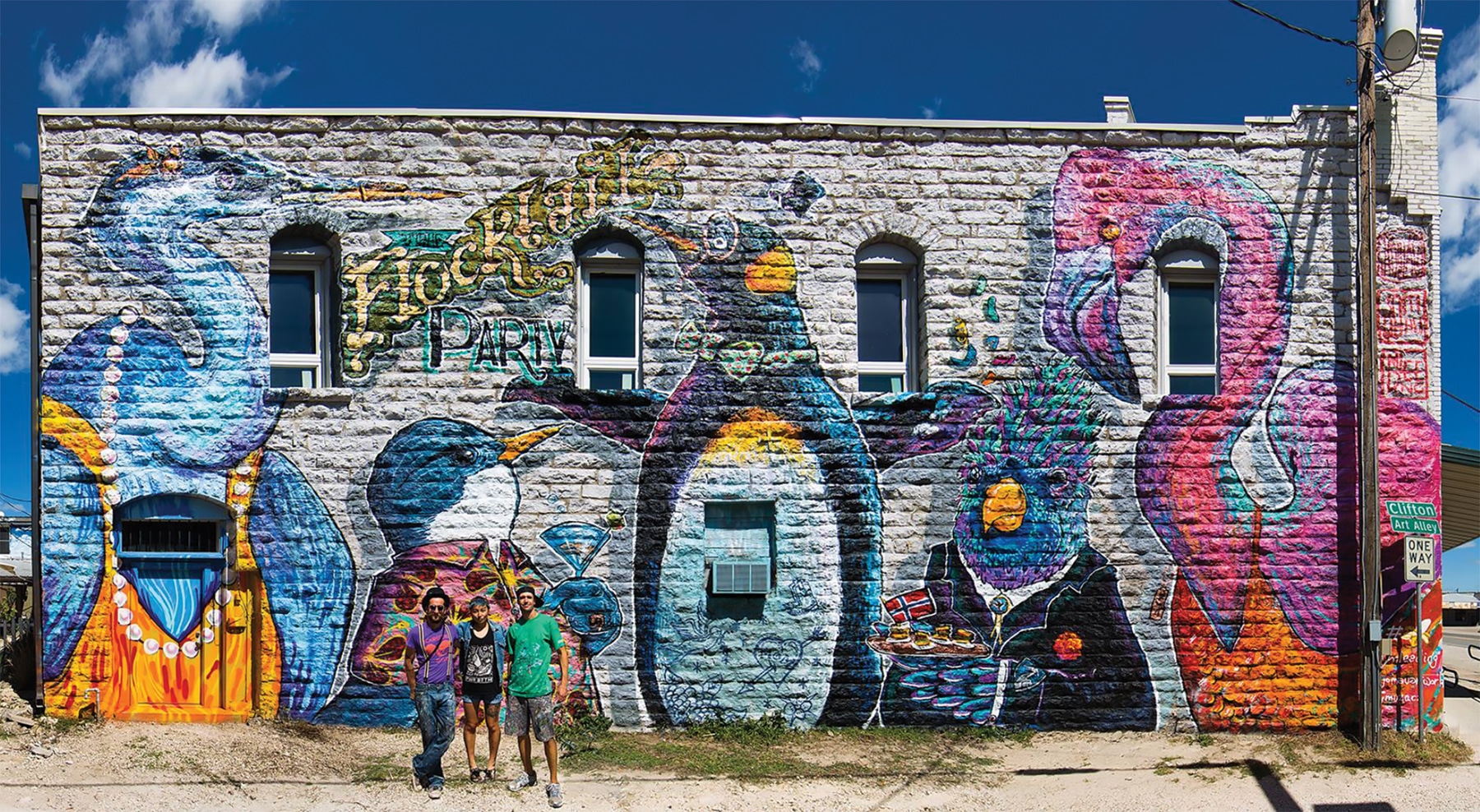 Menard Irrigation ‘Ditch’ Dates Back to 1757

A LONG A WINDING CREEK northeast of Waco, Texas, the Cleng Peerson Memorial Highway leads from the hamlet of Cranfills Gap into Clifton, the town settlers originally named “Cliff Town” for the lime- stone outcrops lining the Bosque River.

The destination is a community designated a Texas Cultural Arts District in October 2011 for its abundance of public art and creative activity (in a ceremony that marked the first time a Norwegian cabinet-level minister had ever visited Texas!) — but which was known much, much earlier as the Norwegian Capital of Texas.

“An estimated 30-40% of residents in Clifton, population 3,500, can trace their heritage back to the land of fjords, social progressivism and $15 beers,” wrote The Guardian newspaper in 2015. “Thousands of tourists have visited in recent years to see the Norwegian historical sights and festivals.”

The region around Clifton was set- tled by Cleng Peerson, Ole Canuteson, and Carl Engebretson Quaestad between 1854 and 1872; Peerson, the “Norwegian Pathfinder to America,” originally obtained a grant of 313 acres in Bosque County in 1857. Peerson persuaded many of his Norse peers to emigrate with him.

The Bosque Museum tells this story in much more detail, with many artifacts and books brought by immigrant families.

Today, colorful murals by local artists throughout the town also tell Clifton’s story. Stroll downtown’s “Art Alley” and catch a first-run movie at the classic Cliftex Theatre, which opened in 1916. Nearby, Market at the Mill is a unique historical venue housing
an eclectic offering of décor. Boutique shops, eateries, and lodging, along with convenient parking, make it easy to explore downtown.

SALMON AND SALSA AT OLAF’S

At the corner at Avenue D you’ll find a large gated courtyard covered by a canopy of two well-established live oaks. Olaf’s is a full-service restaurant, bar, and music venue featuring local talent and an eclectic, often-changing menu created by designer-turned-restaurateur Olaf Harris.

The dining room of the restaurant is situated inside the Bosque County Emporium, established in 1992 as a high-end antique shop occupying a building originally built in 1895. The beautiful wooden flooring, more than a century old, still supports daily use today.

Harris’s design background is evident in the intriguing ambiance he has established, both inside and in the courtyard. Relaxing, fun, classy, and diverse, Olaf’s has already built a popular following since its opening earlier this year. The host himself is visible, approachable, and receptive to customers’ needs.

Olaf’s chef Carlos Cortes, local to Bosque County, has traveled the world in his career and has created a seasonally changing menu which reflects his culinary skill. Everything is prepared in-house with fresh local ingredients. The full-service bar offers not only sea- sonal specialty cocktails but also wines that pair well with each course. Adding to the seasonal theme, the courtyard provides a festive atmosphere for live music and socializing.

If you go to Clifton and Bosque County during the Christmas holidays, the Chamber of Commerce welcomes vis- itors to numerous locales during its Norwegian Country Christmas Tour on the first Saturday of each December. You’ll be particularly in luck this year, as Olaf’s will be featured as the historic business location.

There are many more fine examples of historical reclamations of the build- ings in this small town and a visit to 76634 will prove a delightful experience for a day or a week. Be “that friend” who discovers the newest fun location!