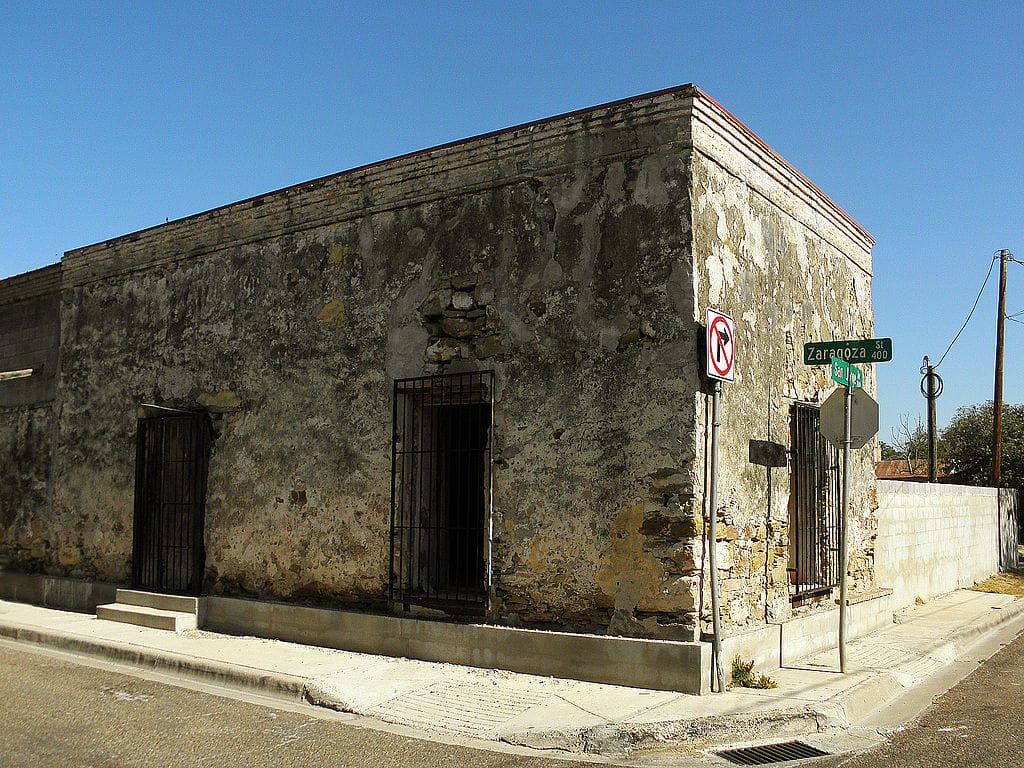 Nowhere along the Texas border with Mexico will visitors experience so accessible an inventory of Spanish Colonial architecture thank the heart of Laredo’s old central business district — buildings of families who come to this outpost of New Spain before the formation of the United States, Texas statehood and the Republic of Mexico.

The San Agustín de Laredo Historic District is a 12-squareblock swath of downtown that encompasses the original town site established in 1755 by Don Tomás Sánchez de la Barrera y Gallardo. Many of its buildings of adobe and quarried blocks of precisely hewn sandstone formed the pivot that turned commerce and cultural exchanges with its neighboring regional settlements.

Some structures were built as residences and some were mercantile enterprises, and those that are in use today have weathered wars, including that of Mexico’s independence from the Spanish Crown, the U.S.-Mexican War, battles to establish and end the short-lived Republic of the Río Grande, and the American Civil War.

Bound by Water Street and the Rio Grande to the south, Iturbide Street to the north, Santa Úrsula to the east and Convent Avenue to the west, the San Agustín Historic District was surveyed by the Texas Historical Commission and nominated to the National Park Service’s National Register of Historic Places in 1973.

Among the most significant Spanish Colonial structures in the district is San Agustín Church, established in 1778. Now a cathedral in Gothic revival style with a five-story spire, the imposing structure dominates the area and faces historic San Agustín Plaza, today a welcoming venue for local events, festivities and cultural exchanges with the sister city of Nuevo Laredo.

Within the district, Zaragoza Street, running between international bridges east to west from the Juárez-Lincoln Bridge to the Gateway to the Americas Bridge, is rich with buildings evocative of the influences of the Spanish Colonial period. Among them are the stone and adobe structures that house American Legion Post 59, Casa Ortiz and the Webb County Heritage Foundation’s (WCHF) Museum of the Republic of the Río Grande on the grounds of La Posada Hotel.

The original part of Casa Ortiz was built by merchant José Reyes Ortiz in 1830. It was enlarged with a wing and a second story in 1872. The beautifully preserved home on its bluff above the river features a carriage house, a courtyard that faces Mexico and a three- tiered garden that drops toward the river.

Along the block of Flores Street that fronts the Plaza are homes built after early colonization but that still bear architectural details of Spanish influence, including Casa Vidaurri, built in 1865 by Confederate Army Col. Santos Benavides.

Just north of the San Agustín Historic District at San Bernardo and Iturbide is the Juan Francisco Farias Home, constructed in 1840 and predating the creation of Webb County. East of the district and Interstate 35 lies the Azteca neighborhood, another treasure trove of architectural antiquities,once connected to downtown but now truncated by the construction of the highway.

The prevalence of Spanish as a language of choice in Laredo is evidence of the cultural persistence the first settlers brought with them to New Spain. The walls of their first buildings, too, resonate — not only with their purpose of shelter and elegant craftsmanship despite a scarcity of building materials but also with an enduring beauty that gives voice to the historical narrative for the colonization of the area.

María Eugenia Guerra is a Zapata County rancher and the publisher of LareDOS, A Journal of the Borderlands at www.laredosnews.com.