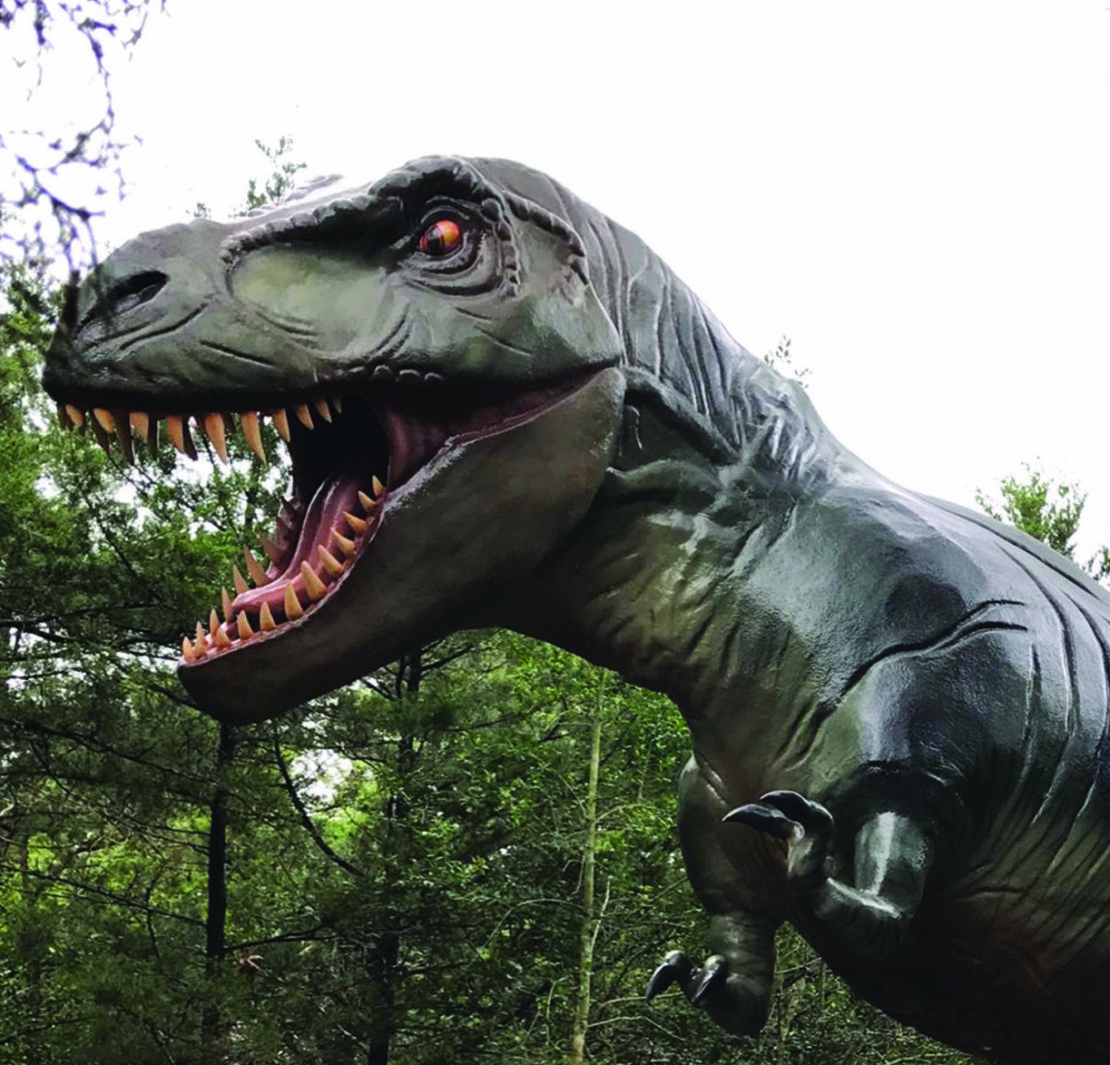 Many people are surprised to learn that in various prehistoric eras much of Texas was underwater or that Central Texas is full of prehistoric sites. In February 2010, thirteen individuals representing six locations from Glen Rose to Florence gathered to organize and establish the “Prehistoric Texas Trail.”

In the beginning, the trail was made up of six sites that featured a variety of prehistoric materials, artifacts, archeological digs, and exhibits dedicated to prehistory in Texas. The purpose of the Trail was to contribute to the Central Texas economy through heritage tourism and to provide a rewarding and educational learning experience for families traveling in Texas.

The trail continues to feature sites from Glen Rose to Florence: Dinosaur Valley State Park, Dinosaur World, the Bosque Museum, the Mayborn Museum Complex, the Waco Mammoth National Monument, the Bell County Museum, the Williamson Museum and the Gault Archaeological Site. The Texas Brazos Trail Region and the Texas Lakes Trail Region are partners. The organization, a registered non-profit, produces brochures and banners, maintains a website and keeps the public informed through social media. These efforts continue the original focus on heritage tourism, education, and a positive visitor experience.

Make your plans to travel back in time – way back – along the Prehistoric Texas Trail!

Glen Rose is known as the “Dinosaur Capital of Texas.” One step into the 113-million-year-old dinosaur footprints at the Dinosaur Valley State Park and you’ll see why. With some of the best-preserved dinosaur tracks in North America, this paleontological find provides important clues as to how and where dinosaurs walked. Located just outside Dinosaur Valley State Park, Dinosaur World features over 100 life-size dinosaur models nestled among a lush assortment of native vegetation (as seen above).

The Bosque Museum in Clifton, Texas features a recently updated Horn Shelter exhibit. The Horn Shelter, discovered in Bosque County, is a rare 11,200-year-old Paleo-American archeological site where two skeletons and an array of burial goods were found.

The Waco Mammoth National Monument on the outskirts of Waco contains fossil specimens of the nation’s first and only recorded evidence of a nursery herd of ice age Columbian mammoths. The site features a climate-controlled dig shelter and a suspended walkway that provides an overhead view of several specimens, including a bull mammoth and a camel that lived approximately 68,000 years ago.

Also in Waco, visitors can travel through millions of years by exploring ancient fossils of Central Texas at Baylor University’s Mayborn Museum Complex. Exciting and interactive exhibits invite visitors to touch a palm tree stump from the Tertiary Period and see one of the largest fossil marine turtles found in the United States.

The award-winning Bell County Museum, located in Belton, features a permanent interactive exhibit on the Gault Site that offers an in-depth look at this important archaeological excavation. The museum also offers bi-monthly tours of the Gault Site and outdoor dig pits for visitors.

The Gault Archaeological Site near Florence is one of the largest excavated sites of the Clovis culture (13,500 years ago) and a Texas State Archeological Landmark. Gault has more than 2 million artifacts, some of the earliest art and the oldest architecture in North America.

At the Williamson Museum in Georgetown, “The Tech in Ancient Texas” exhibit about the Gault site is open through January 2024. The Williamson Museum also offers bimonthly tours of the Gault Site. And, check out a Leander Dinosaur Tracks hike on the South San Gabriel riverbed – no reservations required!

Whether you’re visiting Glen Rose, Belton, Clifton, Waco or Florence, we look forward to seeing you on the Prehistoric Texas Trail!