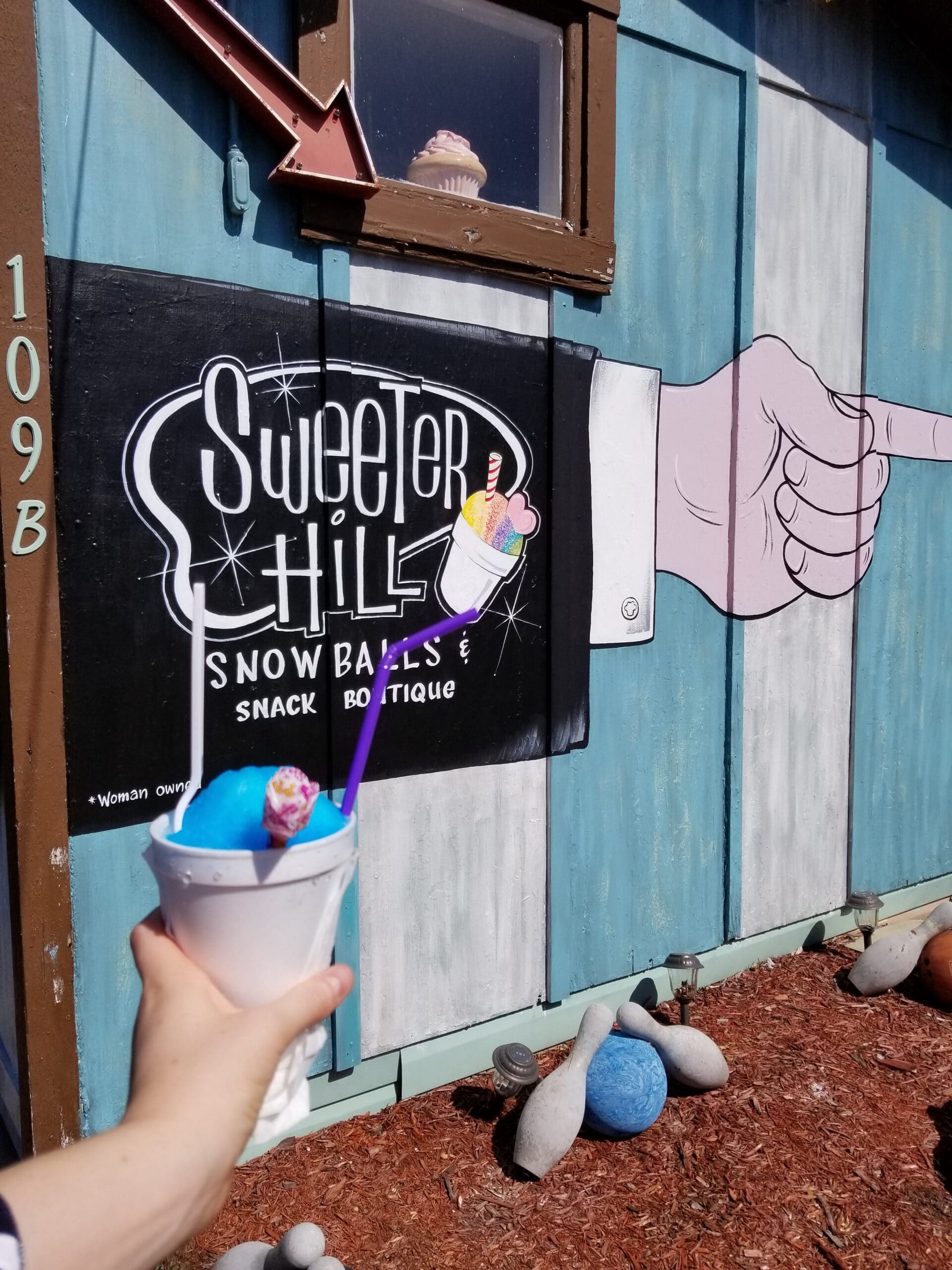 Staying cool in the blistering Texas heat would be tough were it not for that icy summer treat in a paper cup — the snow cone.

The Industrial Revolution made ice readily available, but it took about 20 years for movie theaters to seize the idea of selling shaved ice to patrons as a way to keep them cool.

A sno-cone machine was introduced in 1919 at the State Fair of Texas by a man named Samuel Bert, who served up his flavored, crunchy ice confection to fairgoers in Dallas. But the finely shaved ice version resembling snow, doused with a generous serving of flavored syrup, is what today’s guests crave.

Ashley Williamson sells the summertime favorite at her shop, Sweeter Hill Snow Balls and Snack Boutique. Built in the 1950s, the small but mighty shop is tucked into the Old Towne Market on Main Street in historic downtown Cedar Hill and is a popular destination for sweets to eat.

Williamson and her brothers are lifelong Cedar Hill residents, all graduating from Cedar Hill High. Following in the footsteps of her Aunt Judy’s Bakeshop, Ashley operated the Cupcake Company in the location for years before deciding to go all in on snow cones. When she did, she went to longtime family friends at the iconic Aunt Stelle’s in Oak Cliff for advice, as well as to another Cedar Hill alum, Lindsay Cathey, whose Marlie and Knox Shaved Ice stores are located in the greater Houston metropolitan area.

There are 35 flavors on the menu from which to choose, but the combinations are endless. Add toppings such as Airhead Extremes, Gummy Bears, Sour Worms and the oddly popular Pickle Dilly and you have a sweet and unique summer treat.

As a little girl, Williamson’s Aunt Judy constantly reminded her that “If you ever open a business of your own, do it in downtown Cedar Hill, and never leave” — and that’s precisely what she’s done.