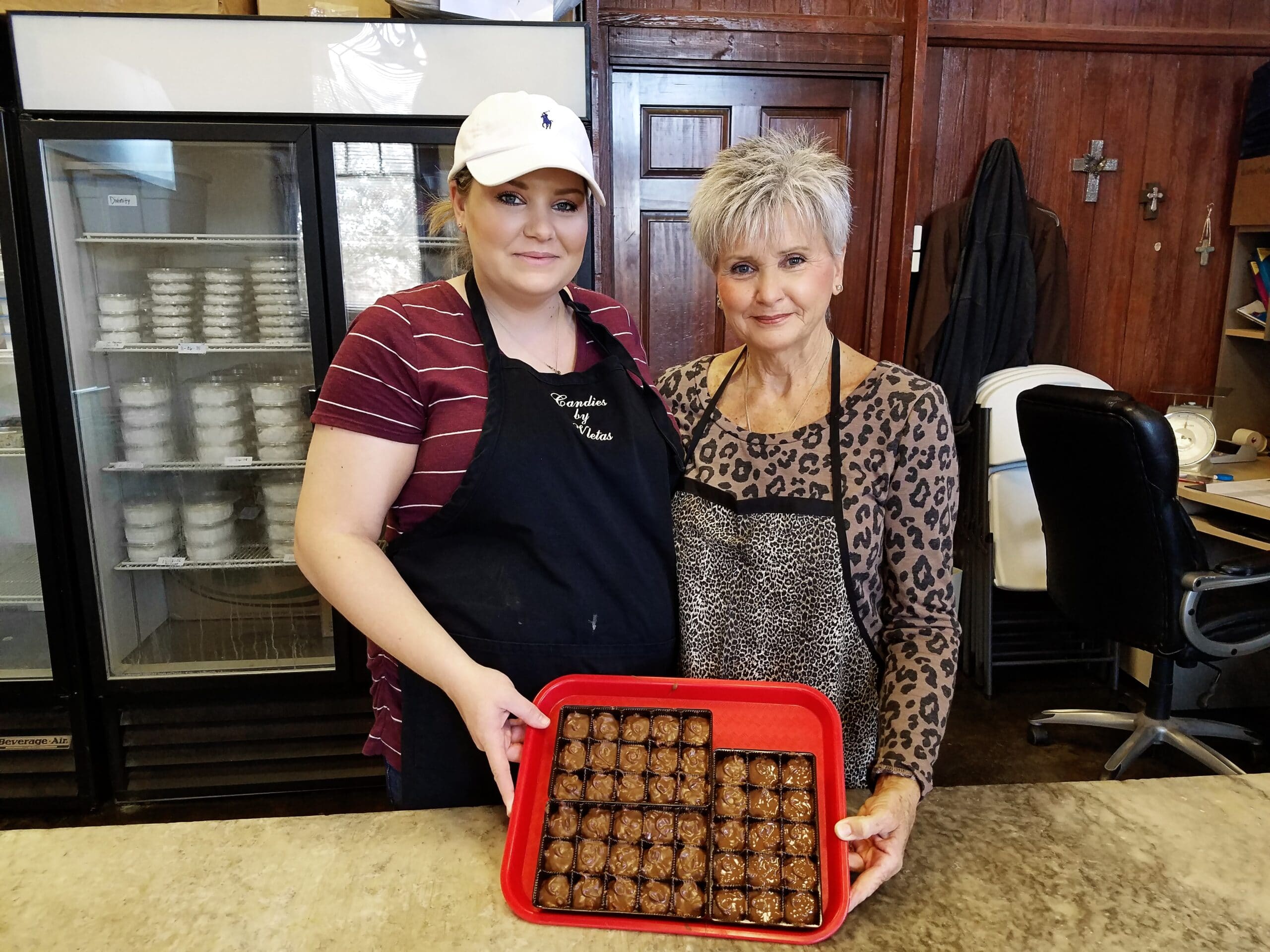 One of my best childhood memories is walking into the family candy store and watching as my cousin, Pete, prepared melted chocolate on a big marble slab. He worked the sweet, gooey goodness back and forth, priming it for a big batch of fudge. It was magical.

It’s been a few decades since I was mesmerized by Pete’s deft touch, but Candies by Vletas has been delighting customers of all ages with confections for much longer than that. Chocolate-dipped nuts and cremes, white chocolate covered grapes and chewy pralines are just a few of the treats that have been made by hand for more than 100 years.

The history of this family-owned confectionery dates back to 1912, when brothers Nick and George Vletas, who emigrated from Greece, established the candy business in downtown Abilene. Secrets of fine candy making were passed on from one generation to the next, enabling the business to remain in the family for many years.

The original store was located in downtown Abilene, but many today will recall the South 14th Street store, where Pete and Martha Vletas greeted customers like old friends — and many of them were. Today, Candies by Vletas sits in the Historic District of downtown Abilene in the REA Baggage Depot Building.

As Pete and Martha approached retirement, they decided to put the business in the capable hands of cherished employee Pam McCombs. And just as George Vletas taught son Pete to make candy, McCombs is passing on this sweet knowledge and skill to her youngest daughter, Paatan Gailey, and a nephew, Waylan Bolin.

“I love the business,” McCombs says, “and I’m so happy my family is carrying on this wonderful tradition of candy making.”

According to McCombs, her daughter has always been a part of the business. At an early age, she accompanied McCombs to the store to help during busy times. “Pete loved kids, and he’d let them help,” she recalls. “He gave them a penny for each truffle they put in a cup and label they put on a bag. He also gave them ‘money to burn’ during the holiday season — an envelope of crisp $1 bills.”

Today, McCombs and Gailey run the business together, where every batch of candy is still made with the best ingredients.

“Paatan is in charge of all of the handdipping, a process that’s no longer common among candy makers,” McCombs said. “It’s time-intensive and requires a person to work the chocolate and know when it’s the right consistency for dipping. Many shops are automated now.”

The authentic touches don’t end there. The candy makers continue to use the copper pots that have been in the Vletas family for generations to cook brittles, pralines and peanut patties.

Candies by Vletas has expanded its product line to include new treats like white chocolate caramel popcorn, cinnamon sugar pecans and reduced-sugar options.

But the classics remain. Fudge, divinity, toffee and other long-time favorites continue to keep customers smiling more than a century later. Many are still made by hand, in a loving, painstaking process. One taste, and you’ll know the magic is alive and well.