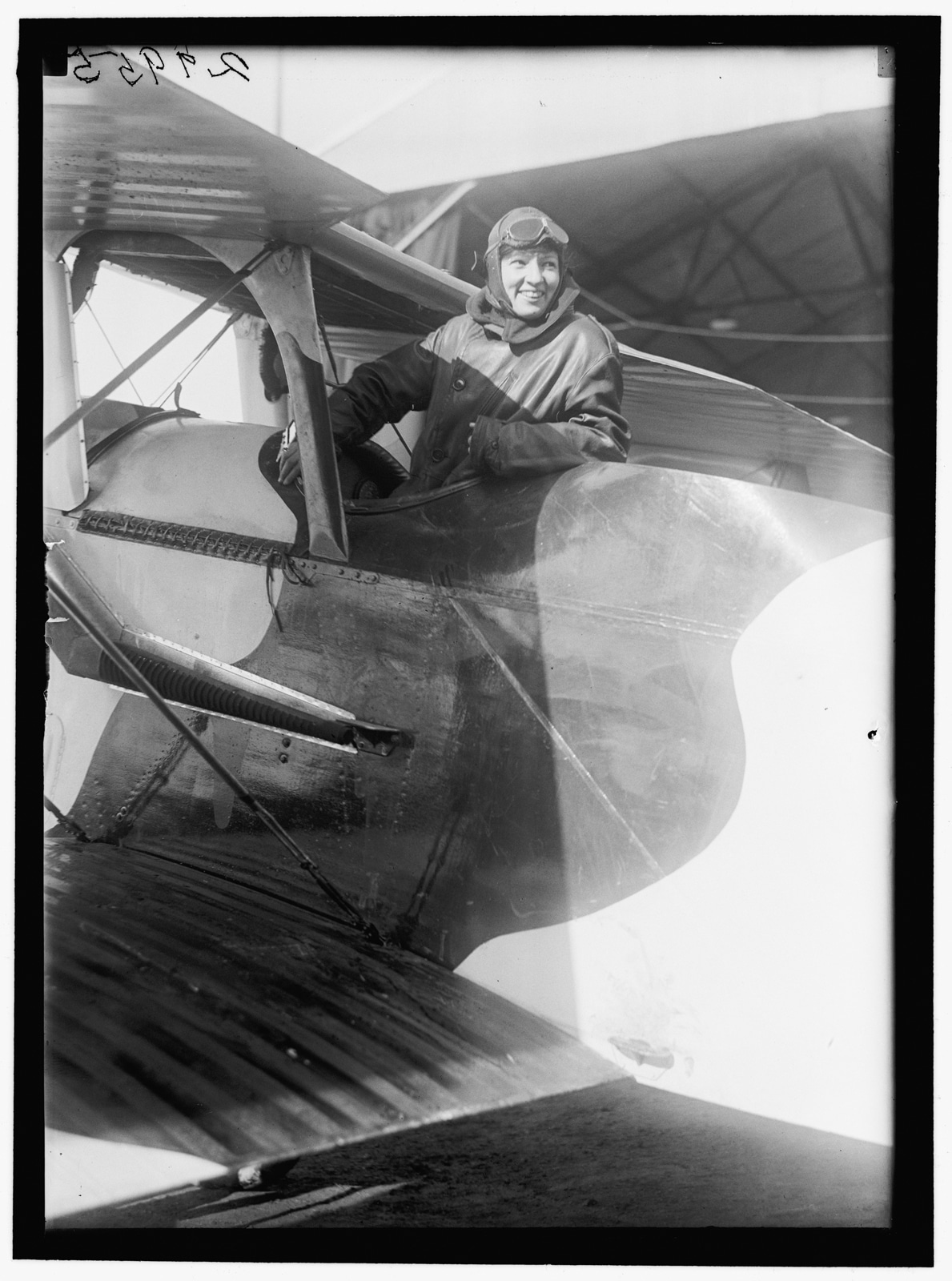 THOSE FABULOUS GIRLS AND THEIR FLYING MACHINES Pioneering pilot Katherine Stinson (above, with “her aeroplane”) became the fourth American woman to earn a license, in 1912. Sister Marjorie (left) is shown suited up to fly a Packard LePere in 1915. | Courtesy Library of Congress Prints and Photographs Division
0 Shares
0

A family of accomplished aviators moved from Hot Springs, Arkansas, to San Antonio, Texas, in late 1913—and changed the history of both Texas and the world.

Katherine Stinson was already a well-known stunt pilot, having been the fourth American woman to earn a license to fly, in 1912. Known as “The Flying Schoolgirl,” she perfected increasingly complex and dangerous flight tricks, including the “loop-the-loop,” which she was the first woman to perform—in a plane she had built herself. She also mastered skywriting with flares and was the first pilot—of either sex—to fly at night. On August 29, 1914, Katherine and little sister Marjorie “Madge” flew over Chicago in their Wright biplane with a trailing yellow banner reading “Votes for Women.”

Marjorie Stinson had received her pilot’s license at the age of 18, in 1914. After the family moved to San Antonio, she attempted to launch an airmail route across Texas, becoming the first airmail carrier in the state. However, this enterprise proved unsuccessful, and Marjorie joined her elder sister as a stunt pilot. It was Marjorie who approached the San Antonio city council in 1915 for permission to open the Stinson School of Flying on a large patch of vacant land west of the San Antonio River, just south of town. The city agreed to rent the 500 acres for five dollars per year. The Stinsons’ mother, Emma, served as business manager, while brother Eddie was the operation’s chief mechanic. Nineteen-year-old Marjorie became the lead flight instructor at Stinson Field.

However, the siblings’ mission changed later that year as a result of the Great War that rumbled on in Europe. In late 1915, Marjorie became the only woman in the U.S. Aviation Reserve Corps, and in 1916 she began training cadets from the Royal Canadian Flying Corps for service in World War I. Her teaching methods earned her the nickname “The Flying Schoolmarm.” Over the course of the war Marjorie trained more than 100 pilots—all before her twenty-second birthday. Her students were known as “the Texas Escadrille.” When the United States entered the war in 1917, both sisters volunteered to serve as pilots—Katherine more than once—but both were rejected on account of their sex. Katherine instead became a Red Cross ambulance driver in Europe.

Meanwhile, Marjorie continued to instruct military pilots, as well as take aerial photographs, including those of the National Guard mobilization camp in San Antonio now preserved in the State Archives (as seen here). Holland’s profiled her in 1918 in an article titled “A Young Girl’s Perilous Bit.” The magazine reported that “Little Miss Stinson, young as she is, has brains in her head which she uses to her own great benefit and also to the benefit of her country.”

The later years of World War I saw a ban on civilian flying; this, combined with an increase in military-operated training fields, forced the Stinson School to close in 1917. After continuing her career as a stunt pilot for another decade, Marjorie retired from flying in 1928 to become a draftsman for the United States Navy Aeronautical Division in Washington, D.C. She died in 1975, having spending the rest of her life researching the history of aviation.

Stinson Field became Winburn Field in 1927, then the San Antonio Municipal Airport in 1936. It is the second oldest continuously operated airport in the United States—and home to the Texas Air Museum, which is open for visitors.