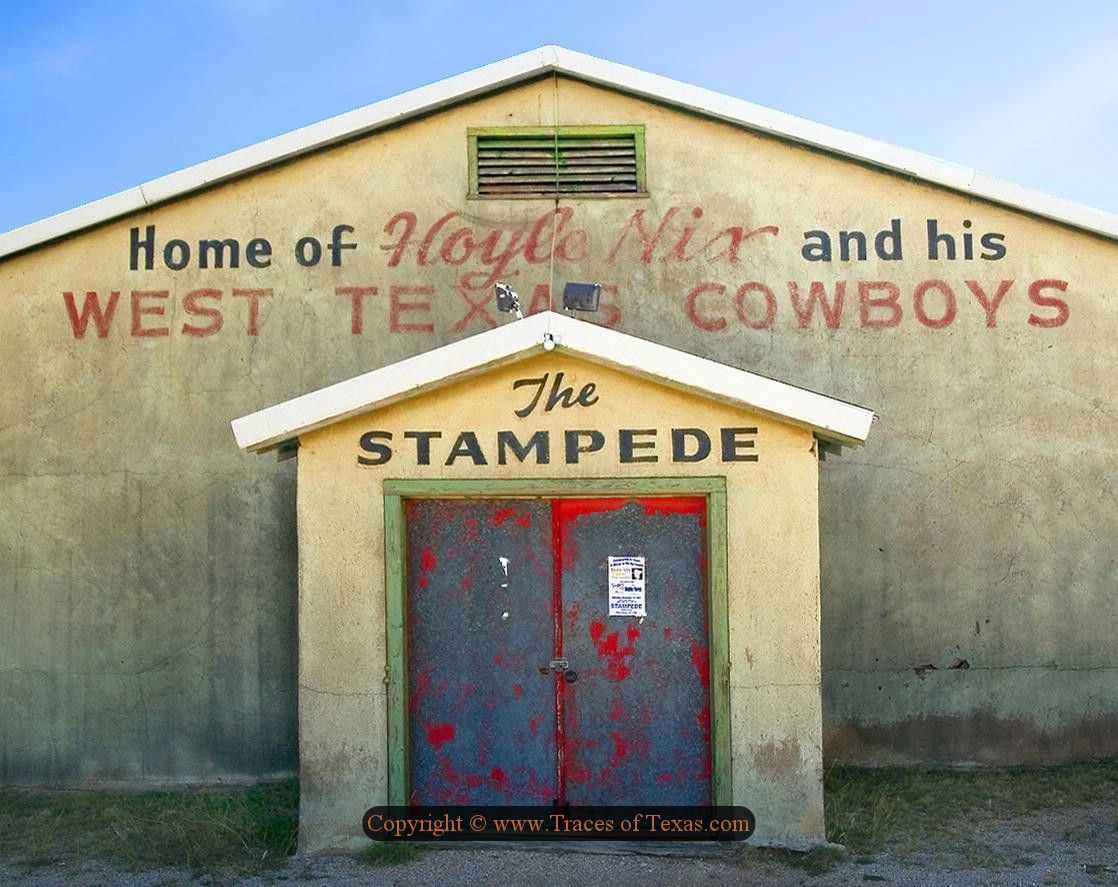 Boots scoot, skirts twirl, kids flit outdoors under the stars, a top pops on a cold beer beside a pickup — and inside, under a vaulted wooden roof, a fiddle twangs and an accordion pumps out a lively polka.

The scene is unmistakable: a Texas dance hall on a summer night. It’s a family-centric tradition that dates back to German and central European immigrants to the Texas Hill Country. Dance halls, according to the Handbook of Texas Online, were often some of the first structures to rise in communities eager for a gathering place to maintain old-world ways.

The grace and craft of these early halls lives on thanks to champions like the Texas Dance Hall Preservation organization, and to numerous writers who’ve sung the praises of such distinctive places.

Dancing establishments of the Great Depression, the honky tonks and roadhouses of the Western swing era, and the mega-palaces of progressive country music — all have built on, and sometimes superseded, the old tunes and customs.

Some of the old dance halls have shuttered; others have crumbled; still others are threatened. It’s an ever-changing scene: in 2016, the 117-year-old Club 21 in Uhland went up in flames after a car speeding down Texas Highway 21 crashed into it. And as recently as last fall, the Swiss Alp Dance Hall in Schulenburg sold to new owners — on eBay.

Still, as Gail Folkins, author of Texas Dance Halls: A Texas Two-Step Circuit(2007), explains, “Although most Texas dance halls suffered a decline during the middle part of the twentieth century, by the beginning of the twenty-first century, many of them are more popular than ever … once again providing a dynamic and vital component for the state’s larger musical culture.”

The Authentic Texas team has assembled a short, eclectic list of dance halls across the state. While we didn’t have nearly enough room for all our favorites, we tried to pick representatives of different regions and styles. Now, get out there and dance, y’all!

German carpenter Joachim Hintz designed dance halls with eight or 12 sides and a central pole, and this example, which Hintz built in 1897, could accommodate 400 for dances. It was recently featured on the YETI Texas Dance Hall Trail, and locals have formed a nonprofit organization to restore this Texas Recorded Historic Landmark to its full, original glory.

“The Stampede is not a fancy place,” says fiddler Jody Nix, son of the musician who put this 1954 dance hall on the map — Hoyle Nix, along with his band, the West Texas Cowboys. “It was built to dance in. It wasn’t built for looks.” Bob Wills was a longtime headliner, too, along with many other fixtures of Texas music.

While Dallas’s Sons of Hermann Hall, in Deep Ellum, was built in 1911 by a German fraternal order that provided communal insurance benefits, these days the Recorded Texas Landmark building is still home to a range of music for both performance and participation. There’s Swing Dance on Wednesday nights, the Electric Campfire acoustic jam on Thursdays, and live acts ranging from Americana to edgy throughout the year. Moreover, some swear the hall is haunted. “After closing, we’ve heard children running around, the chairs moving and tables moving,” says Bobby Wilbanks, board president at Sons of Hermann.

“In February 1876, a group of German businessmen organized the Galveston Garten Verein (“garden club”) as a social club for family and friends,” according to the Galveston Historical Foundation. “Only Germans or German speakers could hold stock in the club, but others could petition for membership.” Though the fancy dancing pavilion by the Strand was damaged during the 1900 hurricane, it was restored, and today GHF rents the city-owned property as an event site.

Inspired by a Victorian-era ballad, the Cowboys’ Christmas Ball — faithfully reenacted in Anson beginning in 1934 — has been held annually in this purpose-built, familyfriendly hall since 1940. Tickets to the holiday events go on sale in April (yes, April). But these days, as Abilene’s KTAB News reports, there’s about to be even more dancin’ in Anson, with monthly dances added to the lineup year-round.

gruenehall.com The granddaddy of them all and the “oldest continually run dance hall in Texas,” Gruene Hall (rhymes with “GREEN, y’all”) features live music seven nights a week — some dances, some concerts. In 1878 Henry Gruene constructed the 6,000-square-foot dance hall and advertised “Den feinsten Schnaps, das beste Bier, bekommt man bei dem Heinrich hier” (“The best liquor, the best beer, you get at Henry’s here”). The town Henry built around it nearly met its demise in the 1970s, but concerned citizens preserved it and transformed it into a destination for travelers and top acts seeking the authentic Hill Country experience.

A fixture located just off Waco’s traffic circle since 1972, the Melody Ranch nightclub hasn’t quite aged sufficiently to qualify as historic, strictly speaking. But in its heyday its stage welcomed performers like Willie Nelson, George Strait, Merle Haggard, Garth Brooks, Alabama and more. While it operated at the outset as the Cotton Club and later for a time as El Rancho, in recent years it’s been revived under its original name. Johnny Lyon, who owned the club at the height of its fame, passed away in December 2017, but the institution is still going strong — to the tune of 1,350 capacity nightly.