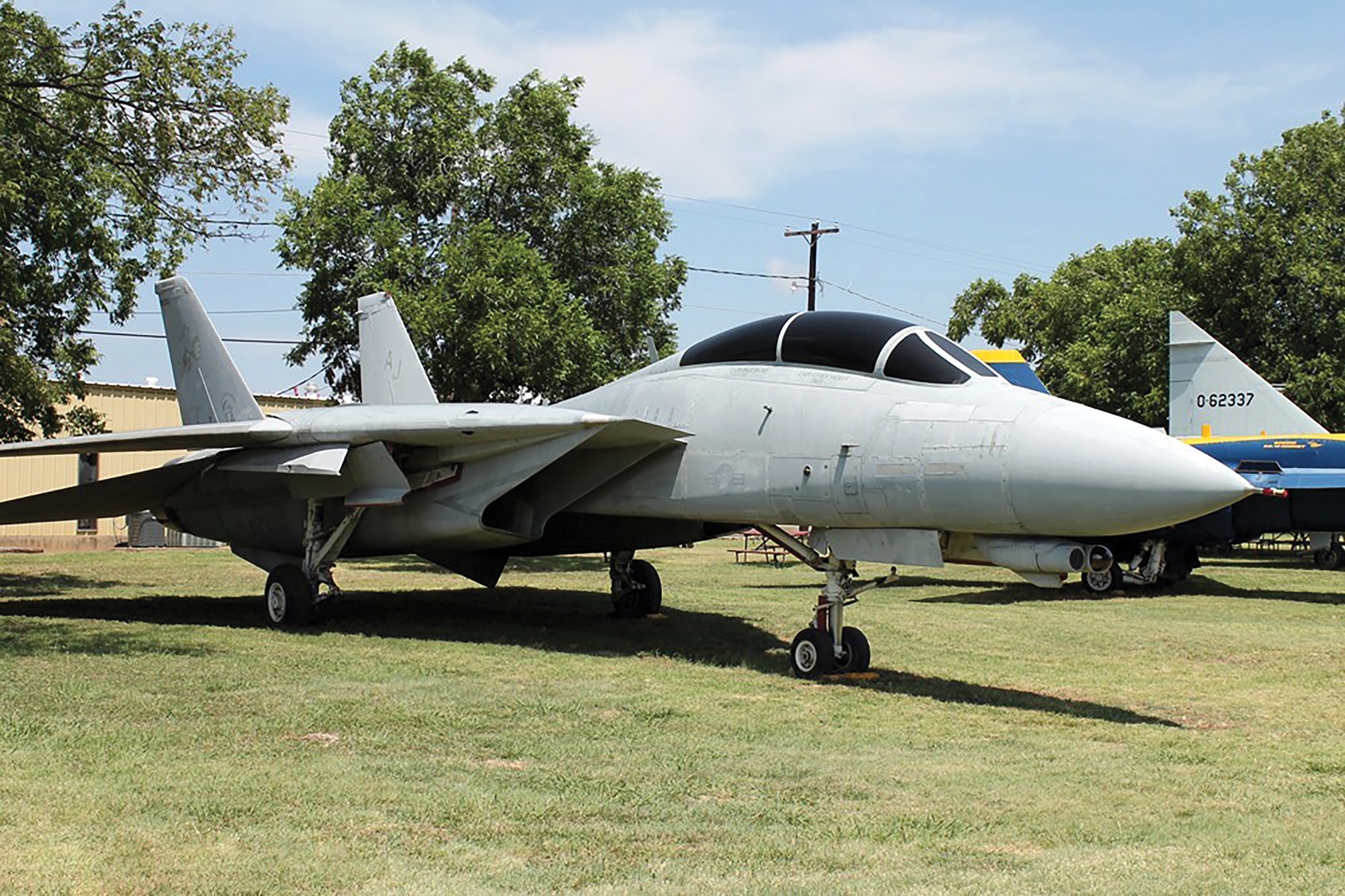 TOP GUN Perhaps the most widely recognized Navy fighter, thanks to its starring role in Top Gun, the F-14 Tomcat served as an advanced interceptor and air superiority fighter. | Courtesy Fort Worth Aviation Museum
0 Shares
0

Ever since the first airplane flight in Fort Worth, Texas, on January 12, 1911, aviation has left its mark on the city’s land-scape. Consider just a few milestones.

During World War I, six of the twenty-eight aviation flying fields built during that war were in North Texas; they turned out thousands of pilots and ground support personnel for the U.S. Army Air Service. In 1925, Fort Worth’s municipal airport, Meacham Field, ushered in the birth of airmail and the commercial aviation industry we now take for granted. Today they city is the corporate headquarters for American Airlines. In 1949, the U.S. Air Force con- ducted the first nonstop flight around the world—Fort Worth to Fort Worth. Since 1941, over 68,000 aircraft have been built in Fort Worth, with an eco- nomic impact in today’s dollars of over $1 trillion.

The Fort Worth Aviation Museum, located on four acres at the south end of historic Meacham Airport, focuses on documenting and preserving the Fort Worth and North Texas aviation history and showcasing the many factors that converted the region from farming and ranching into one of the leading aviation centers in the United States.

The museum includes displays and exhibits covering aspects of our avia- tion heritage and features twenty-six aircraft, many with ties to North Texas. They are the most touchable aircraft on display at any museum in Texas, providing great photo opportunities for our visitors. Last year, over 10,000 people toured the museum.

The museum’s outreach programs also offer opportunities to take our story to other venues and events throughout the year. Our trailer-mounted Bell OH-58 “Kiowa for Kids” helicopter has been a hands-on experience to over 40,000 people annually at various public events; although a major storm in June 2019 severely damaged the aircraft, the museum is now working to replace the OH-58 to carry on this much-admired exhibit.

In partnership with the annual Bell Alliance Airshow, the Fort Worth Aviation Museum manages the Lockheed Martin “Discovery Zone,” a 7,000-square-foot aviation exhibition and learning center offering visitors a first-hand experience in various aspects of aviation. This year, more than 50,000 visitors went through the Discovery Zone during the two-day airshow at Alliance Airport.

On a lighter, more festive note, the museum hosts its annual “Hops and Props” on the third Saturday in April, and features aircraft fly-ins, aircraft and helicopter rides, and a chance to tour the museum, as well as other avi- ation exhibits, demonstrations, and activities for the whole family (the Props). The event also presents craft breweries offering an opportunity for the adults to sample their various beers in a commemorative pilsner glass (the Hops). A live band and caterers also provide the music and food.

Bill is director of the Fort Worth Aviation Museum.