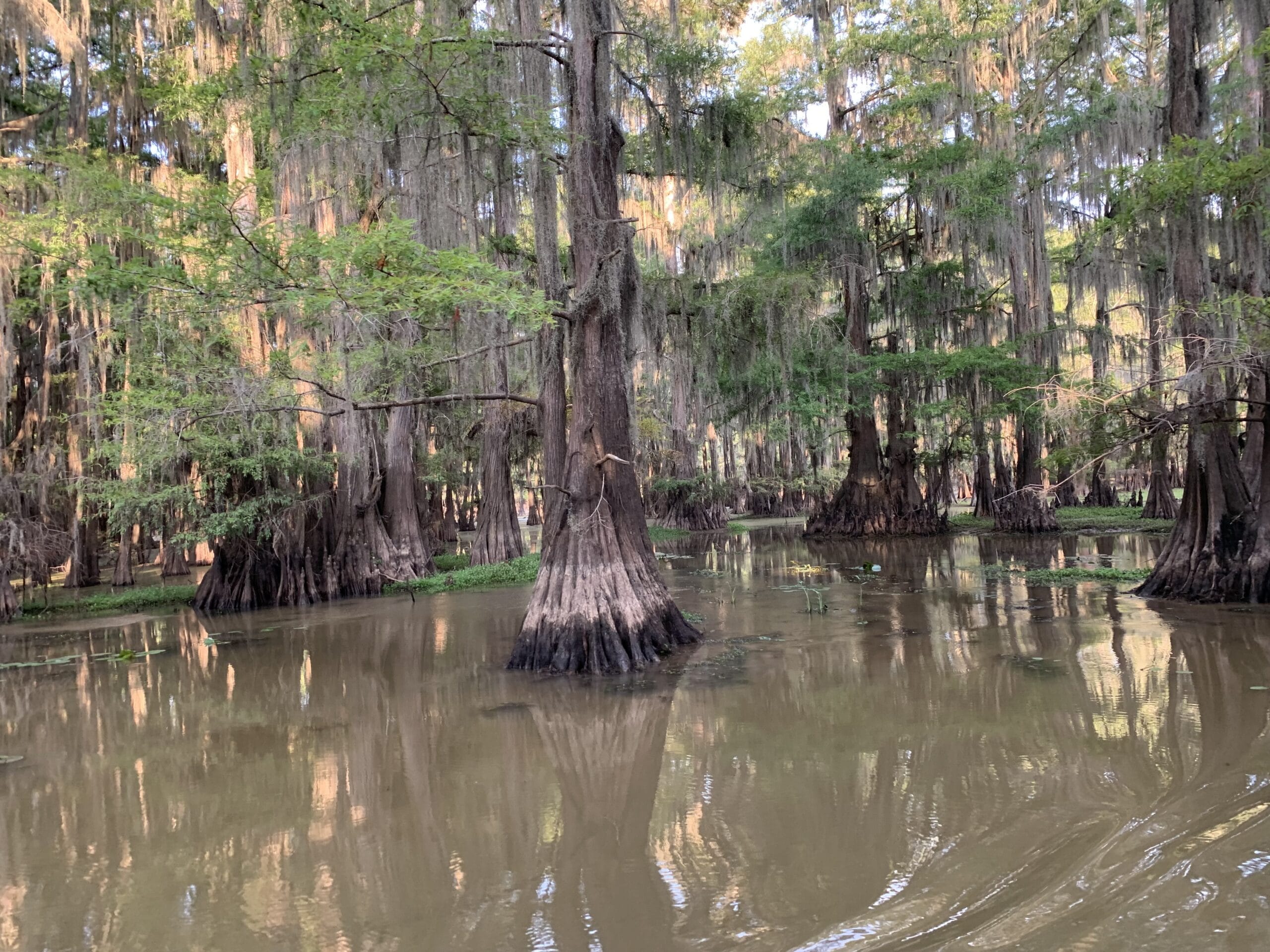 Golden hour in East Texas – when the soon setting sun illuminates the Spanish moss and the nighttime hum is getting ready for the serenade. The light reflects off the creamy, coffee colored water, rippling as your boat drifts past the cypress trees. The mystique of Caddo Lake is intertwining itself in your senses and experience. Nowhere else in Texas can match the mystique and majesty of this aquatic wonderland treasure. Caddo Lake is like entering into an alternate reality where the hustle and bustle of everyday life quickly becomes a distant, faded memory.

We all have our different reasons for wanting to go to our favorite lake, river, beach or even the stock pond on the back forty and we have an abundance of choices.  Caddo Lake provides the perfect place to whet your appetite for all the flavors of our liquid-based leisure opportunities: fishing, sight-seeing, jet-skis, observing wildlife, bird watching, nature photography or just enjoying the glide of a canoe or kayak. There are a myriad of waterways that crisscross the entire twenty-five to thirty-five thousand acres, depending on the water levels.

There are different stories or legends of how the lake was formed.  Some say it was the New Madrid earthquake. Some claim that it was formed by a large, natural logjam on the Red River, called the Great Raft, that was discovered by the Freeman-Curtis expedition in 1806.  However, present-day cypress trees have been found with 400-600 years of growth rings which indicate that the area has been underwater for many, many years as cypress tree seeds will not take root on dry ground.  And then there is the Caddo legend which claims that the lake was formed by an earthquake caused by a chief’s failure to obey the Great Spirit.  In the end, it really doesn’t matter how the lake was formed, it just matters that we get to enjoy its beauty and serenity.

Along the shores of Caddo Lake and Cypress Creek are to be found many towns and ghost towns dating back to the days of the Republic of Texas. Swanson’s Landing on Broad Lake was near the place where the steamer Mittie Stevens burned in 1869; some sixty persons were burned to death at night, not realizing that the shore was so close or the water so shallow. Farther up the bayou were Port Caddo, the port of entry for the Republic of Texas in the northeast, and Benton, from which much of the river freight was distributed to other parts of Texas before Jefferson became the head of navigation. A short distance inland from Port Caddo is the site of Macon, called the “Lost Colony” after its settlers moved to Port Caddo. Another point of historical interest is the government ditch that was dredged upstream toward Jefferson so that cotton could be shipped from Texas to New Orleans on the Red River.  Learning about, and appreciating the natural history and personal history of the lake is one of the things that attracts visitors from all over the state and region.

While the region does an amazing job of keeping the history of the lake alive, it is most known for its beauty, unique habitat and natural features. One of the largest bald cypress forests in the US, it’s home to many species of birds, reptiles like the American alligator and 71 species of fish. Not to mention to many plants and other varieties of trees found in the forests on higher ground. Some of the best ways to experience the lake is to go with someone who is experienced on the lake.  There are numerous sight-seeing boat tours that can be booked for day or night, or fishing guides who can show you the best places for catching your daily limit or other guides who specialize in taking you to that special spot for an award-winning photo or a place to capture that sketch for your next painting.

Don’t leave this amazing area off your bucket list of places to go and by all means check it off as soon as you can!