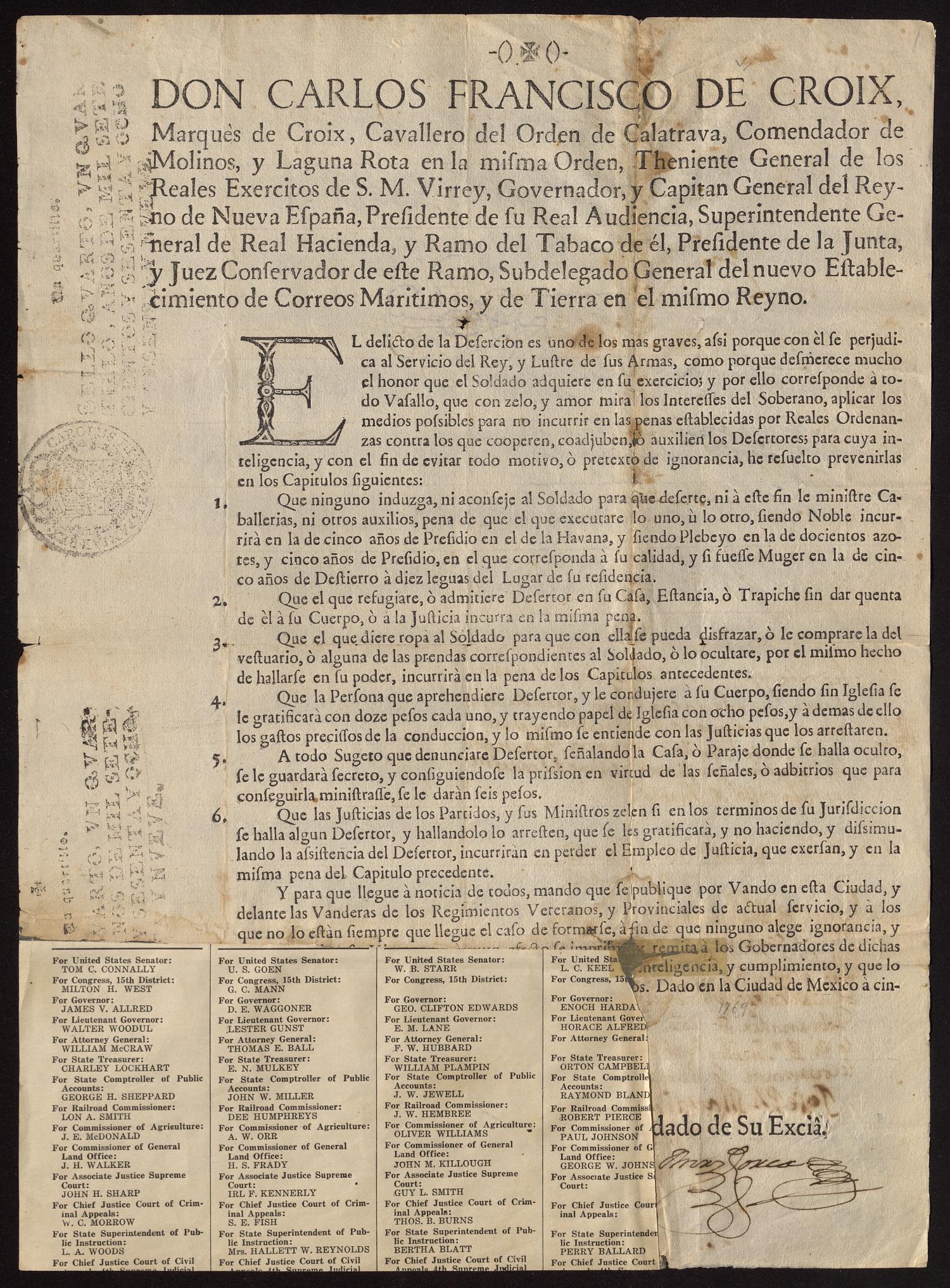 Preserving the History of Those Who Lived It

In 1768, the Spanish Crown granted a charter to a fledgling settlement on a ford of the Rio Grande in the colonial frontier province of Nuevo Santander. The village had been founded 13 years earlier by Tomás Sánchez de la Barrera y Garza, a former soldier in the Spanish royal army who’d established a ranch on the south side of the river. In 1755, he was granted permission to establish a town on the north bank by José de Escandón, the first governor of the colony stretching from the Pánuco River in present-day Mexico to the Guadalupe River in present day Texas. Within three years, Laredo was the most popular crossing point between Nuevo Santander and Coahuila/Nuevo León.

Over the next 250 years, the small river town would develop into a robust administrative center for many governing interests — first for the distant royal court in Spain, then for a succession of state governments in independent Mexico; for the short-lived Republic of the Rio Grande, the border zone claimed by both Mexico and Texas from 1837 to 1848; and, after the Mexican-American War and the resulting 1848 Treaty of Guadalupe Hidalgo, for the State of Texas in the U.S.

This long and complex history is one of both agricultural growth and urban expansion, cotton and cattle, rail and oil, border violence and hybrid identities.

Much of this engaging history is quintessentially that of Texas as a whole and is recorded in the Laredo Archives, formally the Spanish Archives of Laredo, which span 1749 to 1896 and include nearly 3,500 individual handwritten documents. The Spanish-language portion of the archives documents the early colonial period and continues through the end of Mexico’s governance of Laredo, providing an array of evidence of the development of the town, including: boundary surveys and land allotments; church and school censuses; Spanish royal decrees; local laws and ordinances; records of civil and criminal litigation; tax and trade statistics; wills and probate records; documentation of Indian raids; and more. A few later documents, from 1846 through 1896 and written mostly in English, further document the development of the City of Laredo and Webb County.

For years, the whereabouts of these records was unknown. In 1934, after an order was given for the old papers stored in the basement of the old Webb County Courthouse to be destroyed, a custodian, Pancho Ramírez, working in conjunction with Webb County court reporter Sebron Sneed Wilcox, identified and removed the archives. Wilcox then enlisted the help of Florencio Andrés, a priest at San Agustín Church. Working together over many years without payment, Wilcox and Andrés diligently cleaned, identified and arranged the papers, which had long been neglected and had, in addition, been exposed to fire, flooding and humidity, resulting in damage to many of the documents.

The original papers are now in the legal custody of the Texas State Library and Archives Commission, but they’re physically held at St. Mary’s University in San Antonio per the terms of a 1972 settlement between those two entities and the City of Laredo. In the 1970s, St. Mary’s filmed the entire collection of manuscripts on 16 rolls of 35mm microfilm; copies, along with partial typescript transcripts created by the federal Works Progress Administration between 1936 and 1942, are held at the State Archives in Austin. These records are open and available for research.

Seven comprehensive indexes to St. Mary’s microfilm copies were created by Robert D. Wood, S.M., between 1993 and 2005 and are available online through the University of North Texas Portal to Texas History. The Laredo Archives were digitized and made available on the Portal website in 2017 through a U.S. Institute of Museum and Library Services grant, awarded by the Texas State Library and Archives Commission TexTreasures program, greatly expanding access to this major collection that documents some of the earliest recorded history of Texas.

Headline Image (top): The printed royal edict from the Marques de Croix concerning deserters from the Spanish Army, 1769. The edict says that anyone harboring deserters will be prosecuted, however, those who turn in these deserters will be remunerated. Credit: University of North Texas Libraries, The Portal to Texas History, crediting St. Mary’s University Louis J. Blume Library.Source: https://texashistory.unt.edu/ark:/67531/metapth861862/