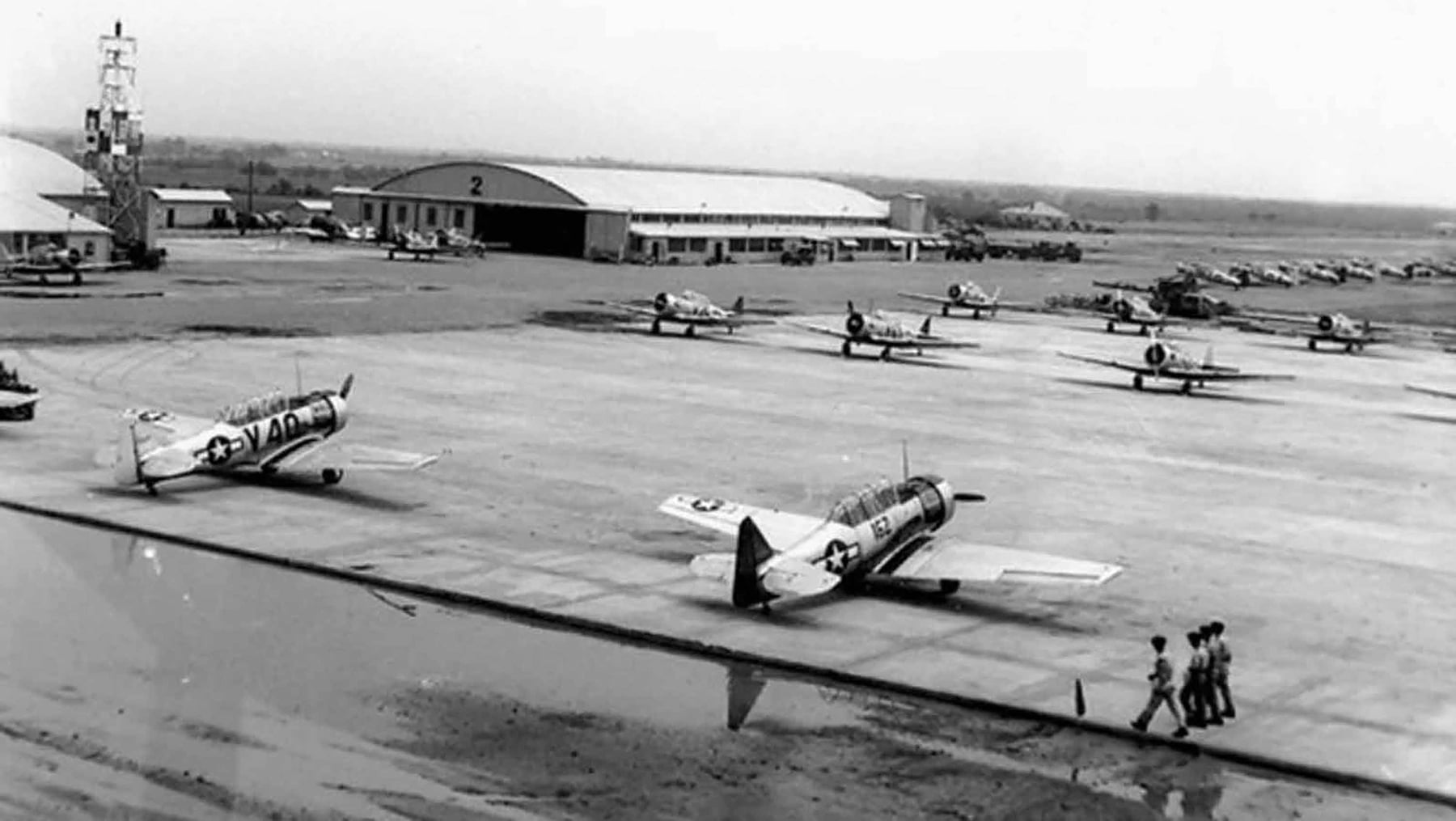 In May 1940, its military aviation forces caught short against Germany’s powerful Luftwaffe, Britain found its own adverse weather, small land area, and fear of invasion problematic for training at home.

Winston Churchill sought help from Commonwealth allies to make training bases available, but the best option, as it turned out, was across the Atlantic in England’s former colony, the United States. Under the Lend-Lease Program authorized by the U.S. Congress in March 1941, the first site selected was the Kaufman County Airfield in Terrell, Texas, east of Dallas.

To forestall political fallout in the still-neutral U.S., the Brits would be required to enter inconspicuously in civilian garb, by way of Canada, and would be prohibited from participating in any live bombing or gunnery practice. But Terrell welcomed the students for the next four years, forging friendships and eventually training alongside American aviation cadets after the U.S. entered the war.

This little known-story of United States and Royal Air Force cooperation during World War II is interpreted today in the No. 1 British Training Flying School Museum in Terrell, where the first and largest of six U.S. schools was established.

Most of the early British students had never been in an airplane—or even driven an automobile—before arriving in Texas to learn to fly. Their training comprised ground school (meteorology, navigation, engine mechanics, armament), experience in early simulators, and flight time in all hours and weathers. Nineteen would die in flying accidents while in Terrell, and are buried there. Nonetheless more than 2,000 Royal Air Force and American Army Air Force pilots would earn their wings over North Texas between 1941 and 1945. Terrell’s citizens welcomed the student pilots to their community, and many lifelong bonds were begun.

The museum’s collection includes hundreds of historical items: log books, training materials, WWII memorabilia, and uniforms. Its archives contain the most extensive record of the No. 1 British Flying Training School anywhere. The museum held a grand reopening in spring 2017 after a major remodel, and hosts a Big Band Hangar Dance and Dinner annually.

The training school closed following the return of peace in 1945, but not before some talented lyricist closed his rousing ballad with this final verse and refrain to the right.

To our country’s call we bravely answered “yes”;

Crossing oceans at our peril, we have landed here in Terrell,

And how Texas first affects us we will leave you all to guess.

For though we’re now in clover it will very soon be over,

We shall see the Cliffs of Dover and be clearing up the mess;

We shall think of Terrell, Texas, and of you;

The British Boys of No. 1 BFTS