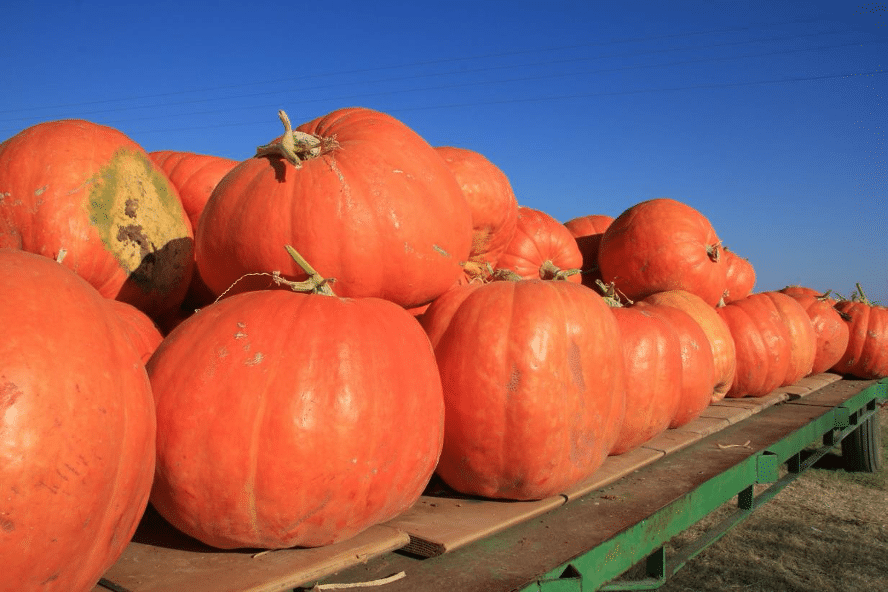 Travel along with Sandy Fortenberry and her good friend Debie Martin. Sandy serves as the chairwoman of the Lubbock County Historical Commission. She enjoys exploring backroads and digging up the scoop on once-vibrant communities that used to dot our Texas landscape. Tired of being cooped up inside due to the COVID-19 pandemic, Sandy and Debie started taking to the nearby roads once a month. Here she shares a recent adventure related to Punkin Days in Floydada!

On what should have been a crisp fall day (and ended up as a record-setting 97 degrees), we headed to Floydada (pop. 2, 743), the Pumpkin Capital of the U.S., for the 33rd Annual Punkin Days. It was Debie’s first and probably last visit to the event which has an annual estimated attendance of over 10,000.

First stop was the Assister Pumpkin Ranch, on US 62 south of Floydada, with pumpkins galore of all colors, shapes and sizes as well as various attractions.

Sadly, Debie was unable to ride in Cinderella’s pumpkin!

We took a side detour to the Plains Baptist Camp. It looked totally different from my time there as a GA (Girls in Action). I remember church umpteen times a day (in a dress), crafts and swimming. Now there is a ropes course, archery range, disc golf, even a swimming lake with beach! Since I didn’t take a worthwhile photo, here are some oldies! (lower left) The Monroe (New Deal) church cabin with GAs. (lower right) My grandmother, Burma Smith, big in WMU (Women’s Missionary Union) and spent most of the summer at the camp as a director – they also relaxed at the pool. That is Burma on the right, in about 1956.

Booths and vendors all around the courthouse square. Car show, cake walk, and street dance – there was something for everyone!

The Boston Terrier Museum in Floydada is listed in the Atlas Obscura – but call for an appointment (806-983-5010) because the hours vary. It was started by a collector in 2007 who outgrew his garage and supposedly has all things Boston Terrier.

We paused along the way to watch a crop duster defoliate cotton.

Naturally, we couldn’t take the direct route home and found a few “ghost towns” to explore.

From afar, the skyline of Dougherty looks promising, but the population is about 100. The town appeared in 1928 and opened its post office and school in 1929. Dougherty seemed to have a bright future but was bypassed by the construction of Highway 62/70 and this killed its chances of prosperity. The school consolidated with Floydada in 1987.

From Dougherty we turned on FM 1958 in search of the Antelope Cemetery. I finally had to ask my friend in Dougherty about it. He drove out and sent me this photo – no wonder we didn’t find it! He said there was only a dead mesquite and a few concrete pillars. It’s hard to believe that this was once a community with a school, Home Demonstration Club and a turkey feast in 1928 that served 150!

Lakeview is at the junction of FM 651 and 1958. It originated as a school community in 1892. The school was rebuilt in 1900 and in 1919. In 1925 the Lakeview school was in District 11 of the Floydada and Lockney Independent School District. A high school was added in 1930–31 but closed in 1967. In 1936 Lakeview had a church, a school, a cemetery, one business, and a number of scattered dwellings. Today there is one house, the cemetery and a dilapidated former store.

From the looks of it, this could be the first store in Cone where the post office was established in 1903. The village was named for early settler S. E. Cone. The community once had school, stores and churches. Now it is a wide place on the road between Ralls and Floydada.

Harmony Plains Singing School (above and below) was founded in 1964 by a group led by Elder J. E. Barrington and Sister Rachel Taylor who desired to learn to sing better praises to their God and King,. The first session of Harmony Plains Singing School was held in 1964, at the Lakeview School House with 68 people. The 2nd annual session was held in the New Salem Primitive Baptist Church building in Floydada. By 1966 a permanent home was secured at the Cone School House. The 56th session of HPSS was canceled in 2020 due to COVID-19.

Our last “ghost town” – the Farmer Community – was the girlhood home of Ima Mae Smith, former First Lady of Texas and wife of former Governor Preston Smith. Farmer is located on FM 193; only a few houses and an abandoned gin remain of the community. The first school was built in 1893.

We saw evidence of two types of people on this trip: those who shoot bullet holes in markers and signs and those who graffiti cemeteries with “King Jesus.”

We didn’t encounter much wildlife this trip but saw a pumpkin-eating goat, the Baptist goats at the camp and the remains of this guy we are glad we didn’t meet.

“The most important reason for going from one place
to another is to see what’s in between.”

All you need is the Backroads Atlas, a tank of gas, a bag of Cheetos and a good friend to share the journey! 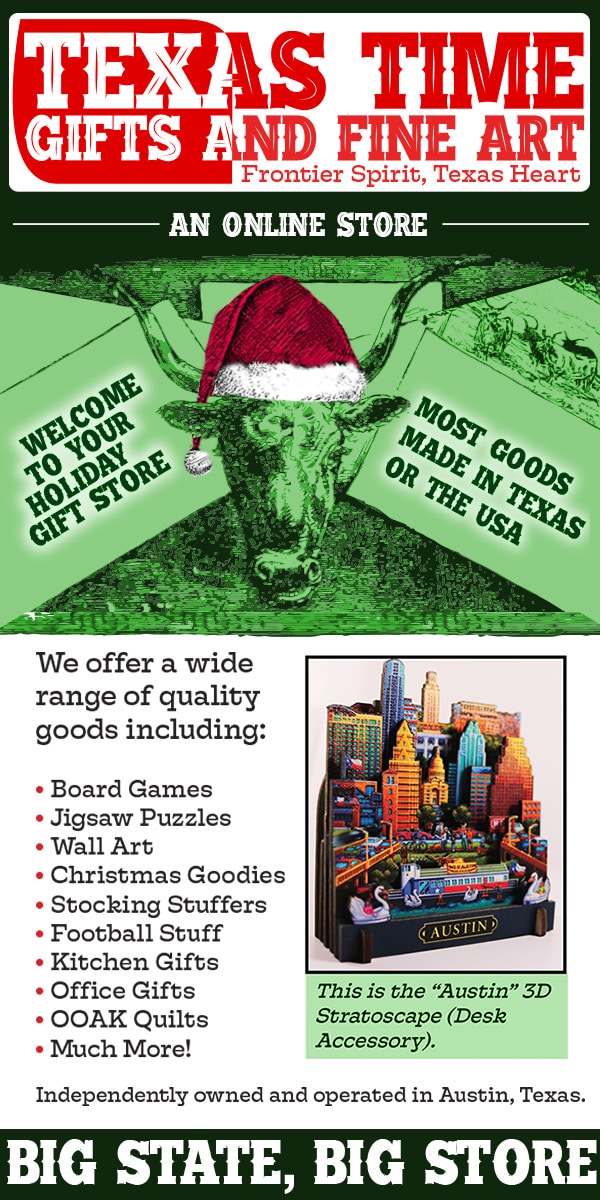 In His Words: An Interview with Dr. George F. Porter