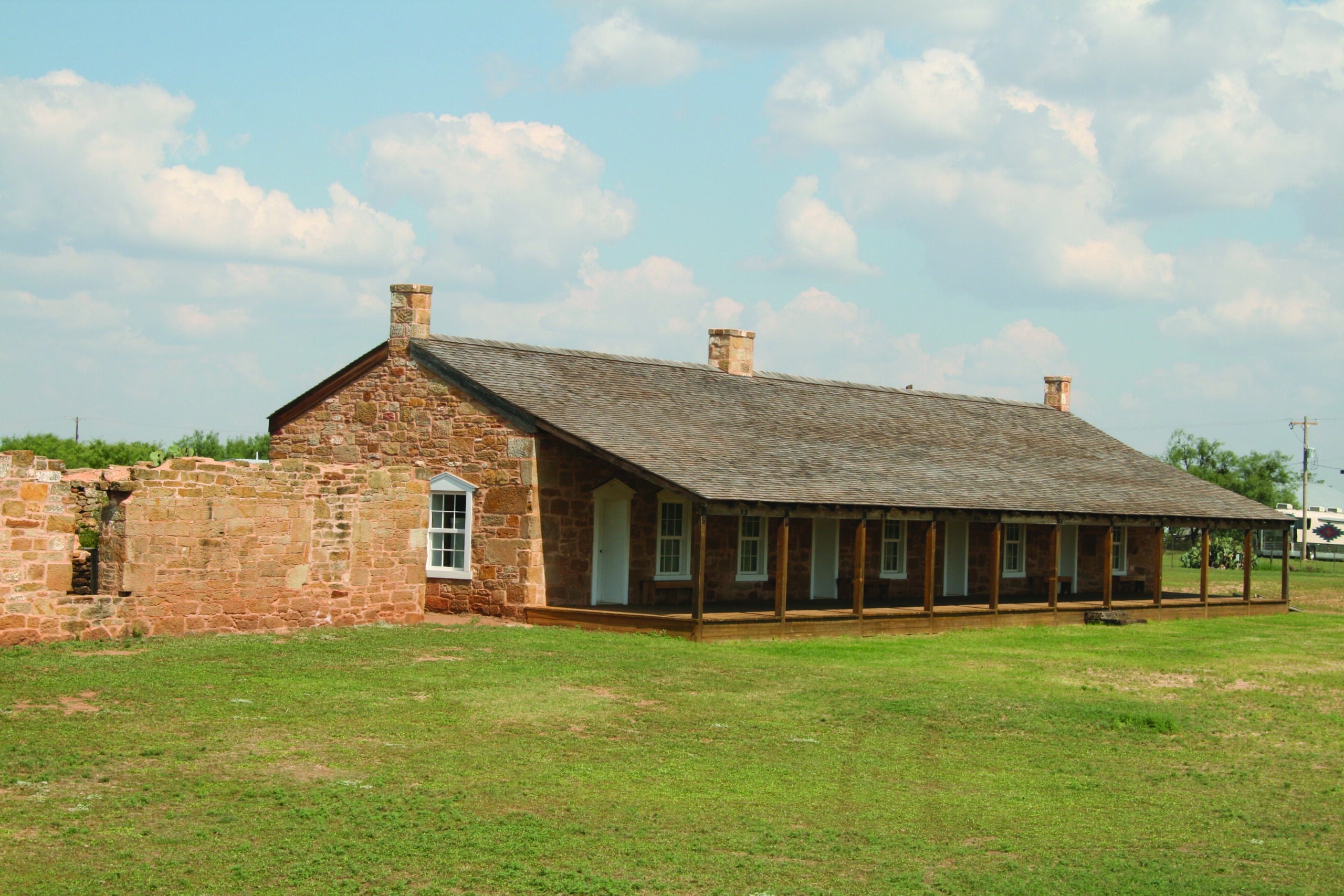 Cheers to the Frozen Margarita Machine

Garland Holt Richards grew up thinking everyone had a historic frontier fort in their backyard.

Born in San Angelo in 1952, he attended Bronte Schools, went to church on Sunday, was an Eagle Scout, and played football as a defensive lineman for four years at Angelo State University. But his true heritage which would dictate his future began at home.

Raised on a large ranch that his great-great-great-grandfather Thomas Lawson Odom established in 1877, the old fort was his playground. Richards’ days were spent playing cowboys and Indians among the old ruins, kicking around old artifacts from days gone by and finding arrowheads long left by the Comanche. At the time, he never realized that one day this would become his passion, and he would be the one to create a special place to give all that and more back to the people of Texas.

I don’t think any of us at a young age truly relate to history. Even as a young Girl Scout camping out at Fort Chadbourne, I didn’t see past the old rocks lying crumbled on the ground or have any idea that men like Robert E. Lee, James Longstreet and George Pickett walked these grounds. There was no special meaning to me.  It was the same with Garland Richards. It was his home and nothing more.

But his birthright is strong. During the Civil War his third great grandfather served in the Home Guard in San Antonio. Odom was elected to the 18th Texas Legislature in 1883, and during the Fence Cutting Wars was pivotal in passing the law making it a felony to cut another man’s fence. He was a strong man, settling the land, becoming one of the largest cattle ranchers of his time, and building an inheritance which today includes eight generations that have called this ranch home. But out of all the generations, Richards was the one that Fort Chadbourne seemed to keep speaking to and calling home.

It all began one damp and dreary day. Richards was driving through the parade ground when he glanced over and saw a wall of one of the old fort buildings slowly crumble to the ground.  He relates to me, “I knew then that was the last wall I was ever going to watch fall.” And so, it began. A few months prior his father, Conda Richards, had passed away, and had left Richards $125,000. He knew that day how he wanted to use his inheritance, and he sat down with his wife Lana to tell her the news. She never hesitated. She knew his dream and wanted nothing more than to share it with him.

I work daily with Garland and Lana Richards in the museum; in fact, they are my best friends, so I know them well. I also serve on the Fort Chadbourne Board of Directors, and I recently shared with them something they had not realized. In 1999, these two decided to establish a foundation; a 501c3 non-profit organization that would allow them to begin the process of restoring the historic site known as Fort Chadbourne. Every foundation must have a master plan which includes a mission statement, and it takes many years if ever to see it through. One day I was reading that statement, and I realized everything on it had been completed.  I shared that with them, and they both sat quietly for a few minutes, reread the statement and said, “Wow, you are right.”

Garland Richards is the most generous and kindest man I know. But I will tell you he is also one of the most stubborn men I know. He won’t be surprised when he reads this. I tell him all the time.  But it is that stubbornness that drives him, the strong will to never give up. He never accepts a “no”.

In 2000, he approached the Dodge Jones Foundation with his restoration ideas, thinking most likely they would show him the door. He had no previous experience, nothing carved in stone that would sell his dream other than he owned an old frontier post that he wanted to restore – one that would take years of restoration and more money than the inheritance his father had left to him.

He was given some choice advice that day along with a small grant to get his master plan in order and told to come back after that and they would re-evaluate the request. The Dodge Jones Foundation had no reason to share in that dream, but apparently Richards was a good salesman because he received that grant to begin restorations.

A historic preservation architect was hired and advised Richards that he must disassemble the ruins and start anew. Lay a foundation and rebuild from there. That didn’t fit the Richard’s plan. So, he came up with his own idea: to use braces and turnbuckles to steady the walls so a cement foundation could be poured underneath without having to remove the stones soldiers had laid in 1852.  That was important to Richards. Then the walls could be maneuvered back into place and the mortar could be pressured between the stones using nothing more than an old bladder pump.  It worked. He received the 2001 Texas Preservation Award for his idea.  He tells people every day, “I’m a rancher, and ranchers use what they have and patch it up, and make it work for another day.  That’s the way I looked at Fort Chadbourne. Use the ranching mentality to complete this project. Find a way and get it done!”

The original grant was used to stabilize all the ruins, which he did in record time. He also completed the restoration of an officer’s quarters. When that was accomplished Richards found himself well under budget and a substantial amount of the grant remained. Without a second thought, he offered the money back to the Dodge Jones Foundation. They asked him if he had other plans. Of course he did, the east barracks needed a roof.  The Foundation graciously allowed him to retain the remaining funds to shingle the barracks.

Many people will say he’s been lucky. Everything was easy. But that’s looking at it from the outside. When you look from the inside, it was a daily struggle just to keep the doors open while trying to do the restorations. Many days it looked dim, but he never gave up. One of his greatest accomplishments: there have been no state or federal funds used to reach his goal. It has all been done through writing grants and through the private donations of those who believed this project was well worth completing.

Archeological excavations were done at each site adding thousands of artifacts to the ones Richards found as a child. He is often asked if he will restore other buildings, but he prefers the stabilized ruins standing among the restorations. Not only from a maintenance point of view, but as a reminder of that first day he started this adventure, when he watched that original wall crumble.

A beautiful museum and visitor’s center was opened in 2012. The 12,500 square foot facility houses many of the artifacts Richards picked up as a child. His love of firearms began when was he was ten years old; today his collection of over 400 antique firearms is housed in the museum and is one of the most popular exhibits among the Native American, Ranching and Medal of Honor items on display.

Many of those who visit the museum and fort today are surprised to find Richards on site and willing to lend his time and vast knowledge of West Texas history with them.  We often hear them say “We can tell this was put together with heart.” And that is so true.  Each object has a story. Besides the thousands of military and unique artifacts, many of the objects were family heirlooms from early ranching times.  This wasn’t just a long-forgotten fort. It was a home to a family, a heritage built over 145 years, a dream that took hold and that Richards had the grit and courage to see through.

Richards’ great-great-great-grandfather Thomas Lawson Odom started the legacy; his mom and dad, Nell and Conda Richards, raised him to be the good old Texas gentleman he is today; but Garland Richards himself is the one that will leave the biggest shoes to fill.  Garland Richards took a forgotten part of West Texas history – Fort Chadbourne – and rebuilt a historic Texas treasure for all of us to enjoy and share. 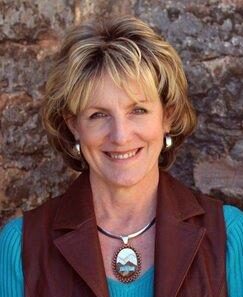 Ann Pate serves on the Fort Chadbourne Foundation board of directors and is the author of "Fort Chadbourne, A Military Post, A Family Heritage".