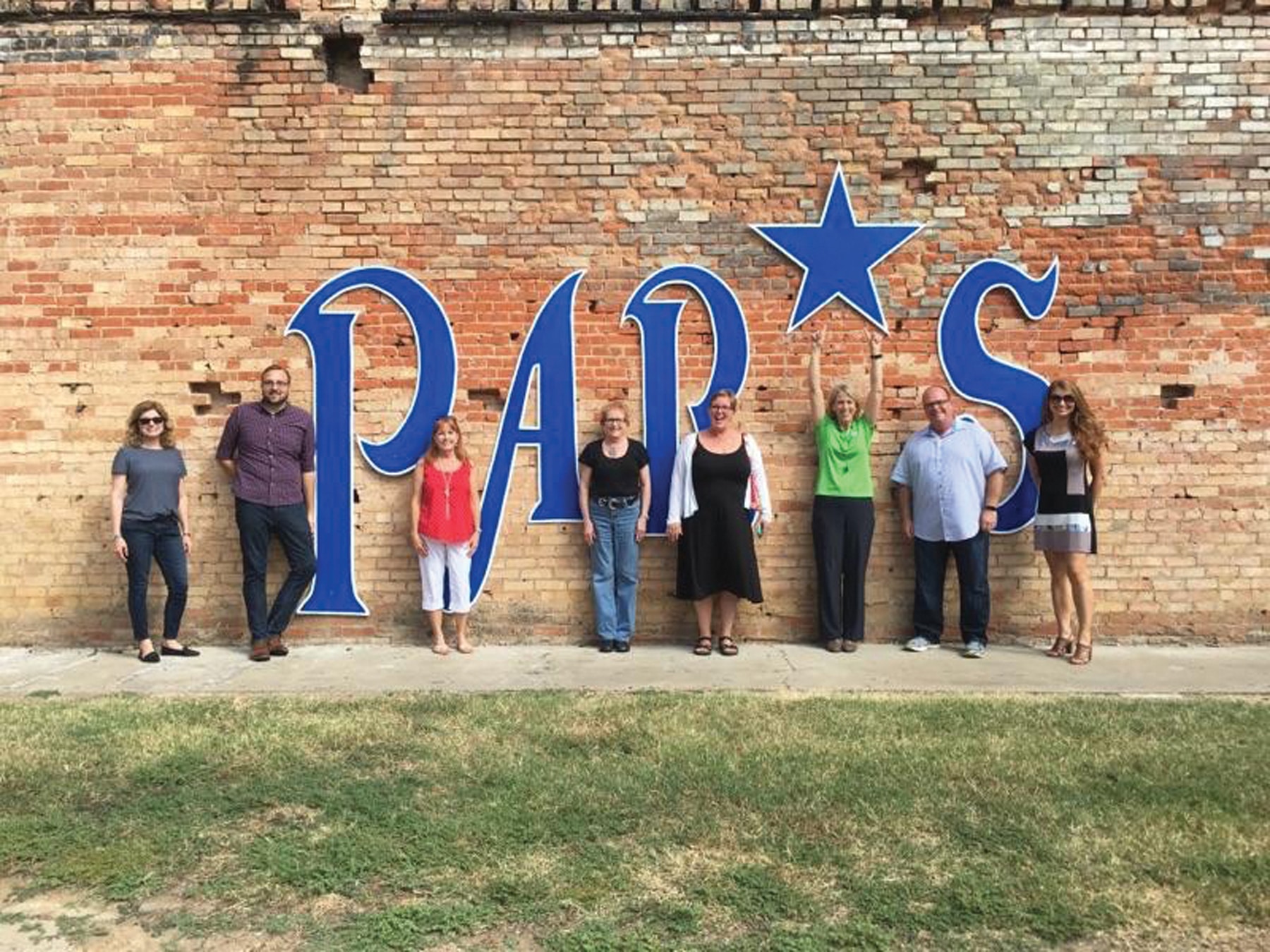 What does an East Texas town of 3,500 with a downtown youth council, a Panhandle town of 13,000 working on handicapped-accessible restrooms, and a Central Texas town of 95,000 hosting a workshop for downtown business owners on historic window restoration have in common?

Citizens in each of these communities, actively engaged in the betterment of their unique downtowns, are members of the Texas Downtown Association.

For many Texas municipalities, there’s a renewed commitment to downtown as the heart of the community. Following World War II, the growth of suburbs, introduction of enclosed malls, and subsequent relocation of businesses caused many vibrant downtowns to become shadows of their formerly vibrant selves. By the late 1970s there were only a handful of

active downtown associations in Texas. Recognizing the national need to help with the issues of older and historic downtowns, in 1980 the National Trust for Historic Preservation established the National Main Street Center.

Enter Anice Read. Described as a passionate advocate for the historical preservation of Texas downtowns, Read was appointed to the Texas Historical Commission (THC) in 1968. Seven years later, she joined the staff of the THC with responsibilities for community outreach. As the National Trust rolled out their new “Main Street” concept in the late 1970s, Read became the driving force for Texas to become one of the first state-coordinated Main Street programs in the nation.

With limited state resources and over 1,100 municipalities within Texas, Read quickly realized it would be impossible to serve everyone interested in the program. Additionally, not every community interested in Main Street had the resources to fund their participation in the program. To fill that void, Read helped create the Texas Downtown Association (TDA).

In 1985, just five years from the founding of the Texas Main Street Program, TDA was established as a statewide, independent nonprofit representing cities and towns of all sizes, economic development corporations, chambers of commerce, small businesses, other nonprofits, and individuals from across Texas. Its purpose was, and still is, to connect and serve communities dedicated to downtown and commercial district development and revitalization.

Within a year, the TDA and TMSP co-sponsored the first statewide downtown revitalization conference. The Texas Downtown Conference “gave an opportunity for people to come together to share ideas and discuss the good, the bad and the ugly of downtown revitalization,” says Catherine Sak, executive director of the TDA. Furthermore, “because of the broad base of attendees—from downtown merchant groups, chambers of commerce and economic development professionals to preservationists and tourism specialists and people from small towns to big cities— there were many diverse conversations. Attendees were able to expand their knowledge base. Many of the lessons learned from Main Street were carried over to TDA.”

Shortly before Read passed away, the TDA and the TMSP teamed up again to create the Anice Read Fund. The lead gift came from the Houston Endowment; since then, support comes from TDA members and events. This fund is a flexible funding source supporting downtown projects and restoration efforts across the state. Since 2000, the Anice Read Fund has awarded over $150,000 in grants and has leveraged over $5 million in additional funding.

For the first fourteen years of the TDA’s existence, the organization was operated solely by volunteers. Board members ran it, with members pitching in as needed. Debra Drescher was hired in 1999 as the organization’s first employee; she served for six years as a part-time coordinator. Kim McKnight took up the reins for a year, and was then followed by Sak as the current full-time executive director. In 2007, staff expanded to include a part-time marketing and membership position; Stephanie Donahue currently holds that position.

The work of the TDA focuses on education, networking, advocacy, and, of course, membership services. Educational opportunities such as roundtables and webinars on issues relevant to downtown revitalization are available. The TDA offers consulting, a downtown assessment, speakers, and facilitators for strategic plans for downtown groups. Recipients of the Anice Read Fund receive recognition at the annual conference along with individuals, programs, projects and communities receiving the President’s Awards and the People’s Choice Awards. On the advocacy front, the TDA monitors state and federal legislation that affects downtowns and serves as a conduit for information to members. Finally, the organization helps to promote their members.

Today, with headquarters in Austin, TDA has over 300 members from every corner of Texas. While membership includes major metropolitan cities, 40% is from communities with a population of less than 10,000. All members are essential to the organization’s work and mission.

“None of what we do would be possible without the board and our committees— they contribute to everything that we do,” says Sak. “It speaks to the strength of the organization that the board represents city employees, nonprofit directors; people who are the “boots on the ground” getting the job done every day. Yet they volunteer and devote time to this organization.”