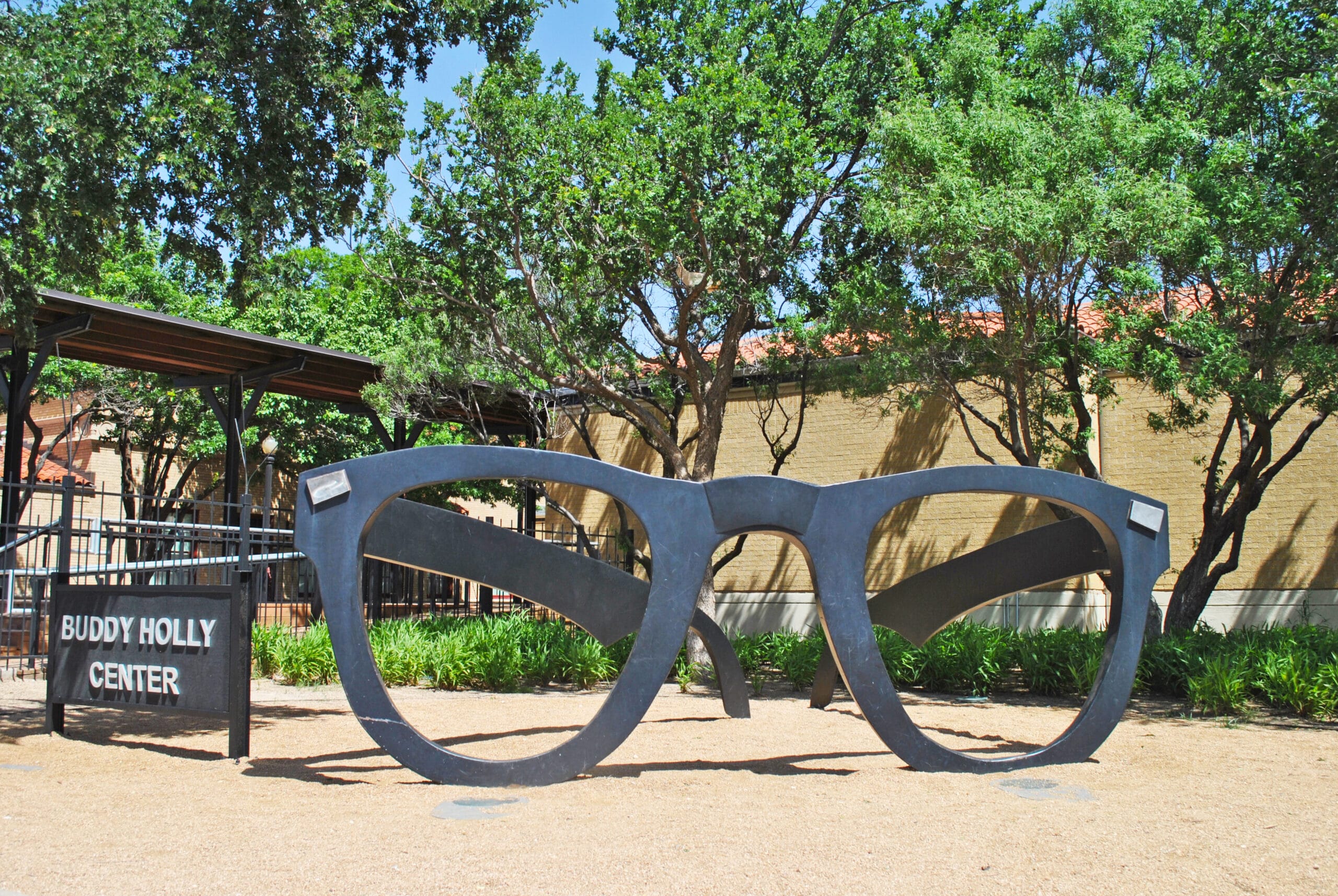 Soul Food for the Soul

It took Lubbock, Texas, a while to appreciate the merit of that hometown kid with the flashy Fender and the hitch in his vocal technique.

By now, though, the cult of Buddy Holly has pervaded the city sufficiently to reward any traveler looking to retrace his footsteps and appreciate his particular musical genius.

Fans might follow steps, literally, on the pavers of the West Texas Walk of Fame, now relocated to a prominent urban park nestled between Buddy Holly Avenue and its parallel, Crickets Avenue — so named for Holly’s band — where they intersect 19th Street. The Walk of Fame project grew in the 1970s from a suggestion by fellow West Texas musician Waylon Jennings that Lubbock find a way to honor its late native son.

In 1979 sculptor Grant Speed created the larger-than- life bronze of a contrapposto Holly ringing out a chord on that famous Stratocaster. Forty years later, numerous contributors to Lubbock’s music and culture have been honored at the Walk of Fame, displayed surrounding the statue at the Buddy and Maria Elena Holly Plaza.

A Showcase for the Arts

Directly across the street in the repurposed Santa Fe freight depot — for which the city’s downtown entertainment district is aptly named — is the Buddy Holly Center, a museum, gallery and performance space maintained and curated by the city. The small museum chronicles Holly’s life from school-age hobbies and early talent to his local performances; his swift breakthrough to bigger gigs and a recording contract; his rise to the top of the charts; and his too-early death in an icy 1959 plane crash that also killed three others.

Remnants from that tragedy are among the artifacts preserved under glass. So are recording contracts, vinyl records, publicity photos, various styles of eyeglasses, a guitar and a motorcycle Holly purchased after a successful tour. The amazing arc of Holly’s truncated life is winningly depicted through these objects. But the exhibits are enjoyably interactive as well, with familiar tunes playing in the background and quizzes to answer.

In the gift shop fans can purchase picks and posters, books and CDs and Buddy apparel — and yes, even a pair of black-rimmed glasses.

Also in the museum complex is the home of Crickets band member J. I. Allison, moved to the site in 2013 and restored to its perfect 1950s glory.

Next up on the Buddy trail is a stroll past the facade of radio station KDAV on Crickets Avenue, where a teenaged Holley (before his name was misspelled on a record deal) once performed country and western tunes on air.

A short drive south leads to the home where Buddy lived in 1957, at 1305 37th St. The Holley family, in the house construction business, occupied numerous residences around town, and it’s hard to track them all down. Another is located at 1606 39th St., only a few blocks away. Sadly destroyed by fire some years back is Buddy’s birthplace at 1911 6th St., now an empty lot behind the Avenue Q Walmart.

A Legacy Worthy of the Name

Soaring above the level of the Walmart and downtown hotels on 4th Street is the eye-catching Buddy Holly Center for the Performing Arts & Sciences, a 265,000- square-foot hall that broke ground in 2017.

Slated for completion in 2020, the center already commands a prominent place in the city’s established cultural district. It will seat 2,200, with acoustics that rival those of Lincoln Center, Bass Hall and Carnegie Hall.

Well outside the nightly music scene of downtown is a favorite pilgrimage for Buddy aficionados. The Holley family burial plots are located on an easily accessed lane in the historic City of Lubbock Cemetery off East 31st Street. Visitors pay their respects on “the day the music died” and year-round, leaving coins or guitar picks on the simple, flat gravestone embossed with a guitar design.

One final destination makes a trip to Lubbock worthwhile for any serious Buddy Holly student.

The Bill Griggs Collection, amassed by the dedicated expert and scholar over decades, is now part of the Crossroads of Music Archive at Texas Tech University. Selected items on display through 2018 are now on loan to the Buddy Holly Center, but researchers may make an appointment to view and use the materials at the Texas Tech Southwest Collection on the Lubbock campus.

Every September 7, the Buddy Holly Center opens its doors at no charge and serves up cake and a songful celebration for “Buddy’s Birthday Bash.” Tours and activities for all ages are included. It’s a great time to discover more about a West Texas rock ’n’ roll legend. That’ll be the day — as they say — to get started.