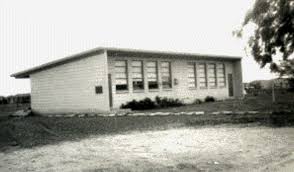 In 1904, the railroad came south of Houston to the tip of Texas and Brownsville. Among the little towns that sprouted up along the line that year was San Benito, known today as the “Resaca City.”

Four years later in 1908, the head of one of the first founding black families, a Louisiana native named Jean Marie (Joe) Callandret arrived in San Benito with his family. He established his farm and with an entrepreneurial spirit became a land broker and developer. As a businessman who spoke French and English, Joe was considered to be an asset to the entire community.

Records indicate San Benito’s first school was established in 1907 with 48 students representing five nationalities (German, Bohemian, Spaniard, Mexican and American) and in 1909 the San Benito Consolidated Independent School District was founded. Segregation prevented black children from attending school with white or Hispanic children. However, of all the little Texas towns and school districts founded in the 20th century, the San Benito school district was the first – in 1921 – to establish a school for black children.

For years, the colored school struggled. It temporarily closed, reopened in different places, was demolished in the 1933 hurricane, and was resettled in small rooms within the neighborhood. In 1931, Joe Callandret died leaving his wife Fannie and six children; in 1949, Fannie Callandret donated a portion of husband’s estate to the San Benito CISD so that black children could have a permanent school.

The San Benito CISD built a two-room cinderblock school house for black students on that land in 1952. It served black children of all grade-school levels from San Benito and Harlingen.

Early in 1960 the San Benito school trustees voted to “abolish the dual school system for white and Negro students.” The following school year, 1960-61, the Callandret School was designated for special education students of the district.  In an interesting turn of events, Joe and Fannie Callandret’s grandson Michael Hurd (left) was the first black student to graduate from San Benito High School in 1963.

Today, the little building that housed the Callendret School has been converted into a museum by the San Benito Historical Society in accordance with their mission to “chronicle, protect and preserve the history and cultural heritage of the City of San Benito, Texas and surrounding communities.” The museum’s grand opening was held on February 29, 2020.