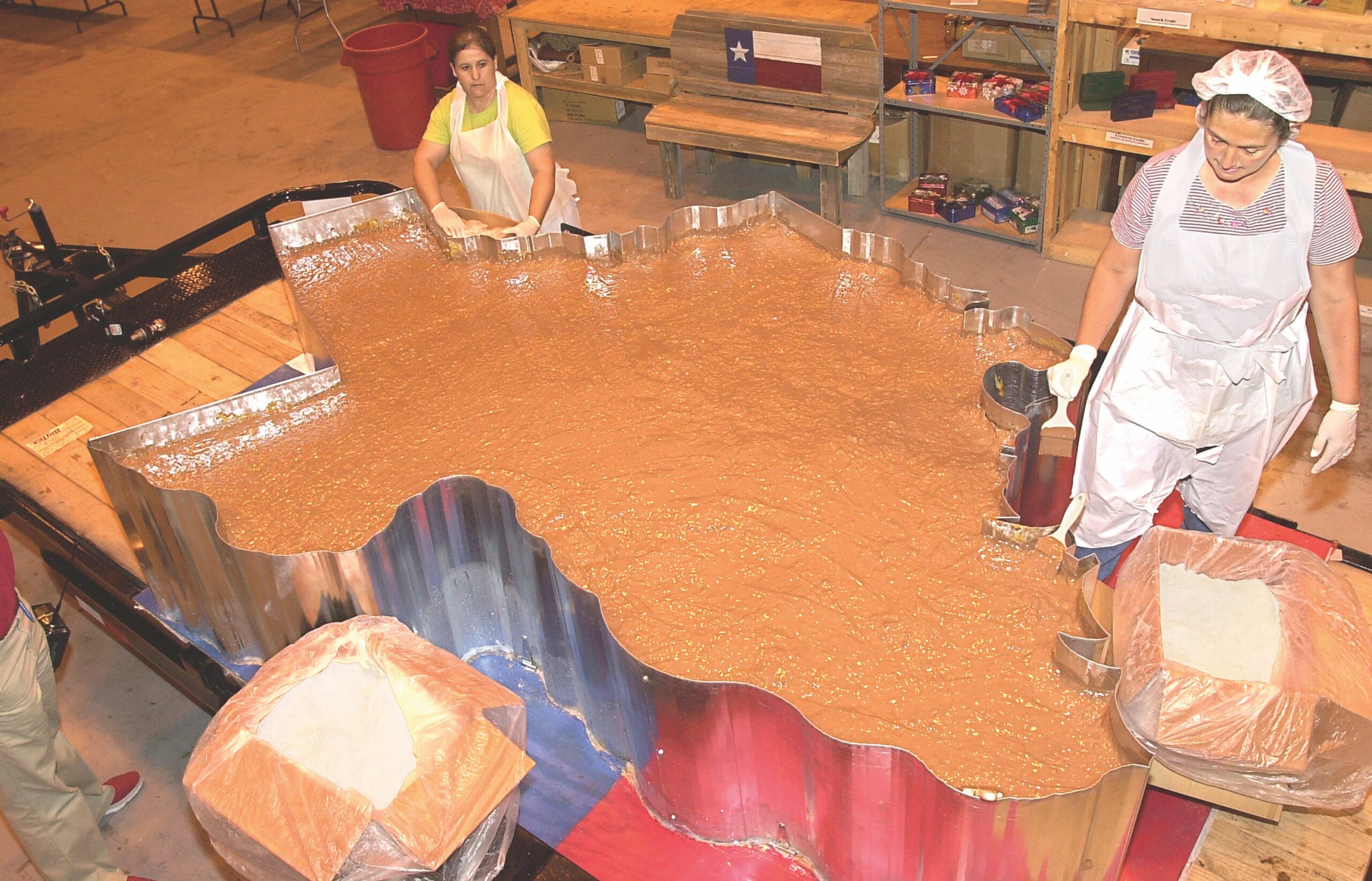 Susie Hitchcock-Hall is an icon in the candy making business with a number of awards and honors.

She started teaching social dance through the YMCA in the mid- ’70s. She taught mostly country western and line dancing. She always wore her favorite bright-red cowboy boots.

Then, in 1991, her love of cooking led her to develop candy recipes and open Susie’s South Forty Confections.

“I design all of my own boxes,” HitchcockHall says, “and the shape and color of the Kickers box is a nod to those red boots I love so much.”

Hitchcock-Hall uses only quality chocolate that she orders from Belgium.

Susie’s South Forty Confections is located in downtown Midland. The factory was relocated to downtown in 2014 when the lease on her factory was canceled because the owner needed the building for an oil trucking company.

Hitchcock-Hall wasn’t unnerved, however, because she understands the importance of the oil business in Midland.

When you walk into her factory and retail store, the first thing you see is the windmill that once sat on top of her old factory. It’s a grand sight that demonstrates her Texas roots.

The factory is on the other side of the windmill, and you can watch as the candy-makers mix and make all the delicious sweets. You can even taste samples in the store.

Hitchcock-Hall has two retail locations that contain all things Texas. She has 21 different candies and a variety of other sweets. Need a Texas souvenir? Hitchcock-Hall has it. She carries all kinds of Texas-logoed items and cookbooks with Texas recipes.

Do you like toffee? Hitchcock-Hall is in the Guinness Book of World Records for the largest piece of toffee. The record was set on Sept. 17, 2002. The giant piece of pecan toffee was made in the shape of Texas and contained a total of 7,056,000 calories.

At its widest point the toffee measured 10.5 feet wide, 8.5 feet long, and 2 feet deep. The ingredients included 1,040 pounds of butter, 851 pounds of sugar, 690 pounds of pecan pieces, 200 pounds of chocolate, 30 pounds of salt, two pounds of lecithin, 60 pounds of powdered sugar and 88 gallons of water, which evaporated during the cooking of the toffee. The piece weighed 2,940 pounds.

Hitchcock-Hall makes all of her candy from scratch. She provided candy for President George W. Bush’s inaugural ball — both George and Laura Bush are big fans — and her candy is a favorite gift of many corporations.

The company ships to all 50 states and 35 countries.