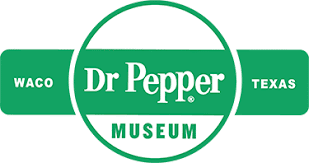 The history of soda goes beyond how the sweet drink was created to the social injustices behind it.

The Dr Pepper Museum exhibit titled “Sit Down To Take A Stand” was created to raise awareness of the racial history behind lunch counters and soda foundations in the 1950s and 1960s.

“Sit Down To Take a Stand” features an educational video explaining the history of segregation of lunch counters, a restaurant-style in the 1950s and 1960s where people could go for a quick lunch. White people were allowed to sit at the counter while black people had to enter through the back of the establishment, sit in the back of the restaurant or were not allowed at all.

Beginning in February of 1960, demonstrations began in lunch counters to protest these racial inequalities. Black people would sit where only white people were allowed and would request to be served.

“Quiet resistance was, in some places, met with anger and resistance,” Associate Director of the Dr Pepper Museum Joy Summar-Smith said.

Peaceful demonstrators would be attacked and beaten by white customers for the sit-ins at the lunch counter. The video in the exhibit shows how demonstrators had food thrown at them and were dragged off of their stools and onto the ground. These demonstrations became a nationwide movement to raise awareness of the injustice at lunch counters.

Summar-Smith expressed that the exhibit is a result of the museum’s purpose to tell all the facts of the history of the soda industry.

“We tend to clean up history,” Summar-Smith said. “There’s a nostalgic feeling that it was a better time then, but it wasn’t [better] for everybody.”

For some black communities, soda fountains represent a time of racism and inequality, making it an uncomfortable concept to celebrate in a museum without acknowledging the full history behind it.

“In an initial meeting before thinking of the exhibit, what resonated was that soda fountains were uncomfortable,” Summar-Smith said.

The idea for the exhibit arose from this realization that soda fountains are not pleasant memories for all. For Summar-Smith, it raised the question of how to talk this part of history candidly and holistically.

The exhibit was designed to acknowledge all the facts behind the history of soda fountains.

“Sit Down To Take a Stand” is on display in the museum’s Soda Fountain, which guests do not have to pay admission for, in hopes that the exhibit will reach a larger audience.