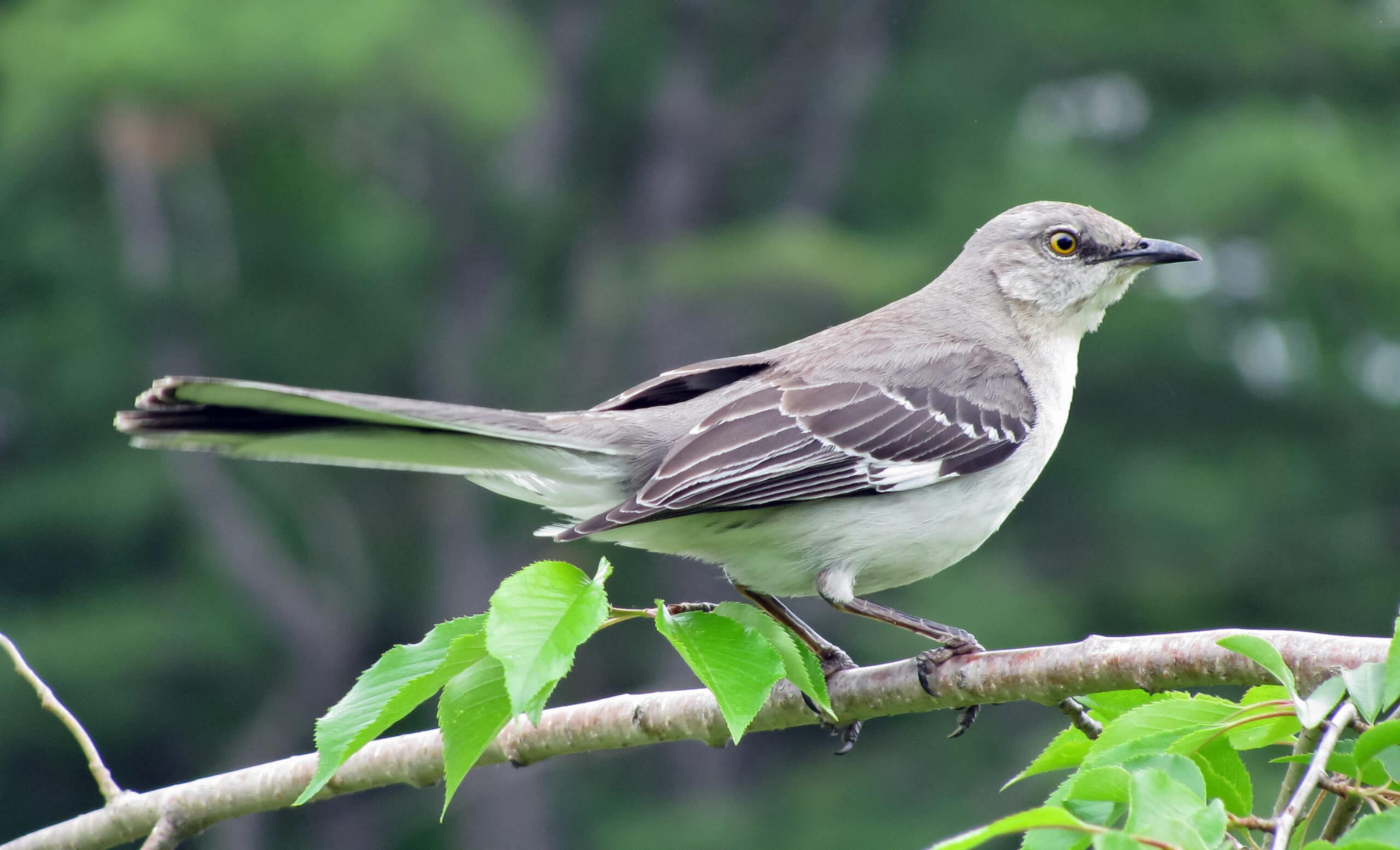 It’s been called the “King of Song,” can be found just about everywhere in Texas, and has an exceptional ability to mimic just about any noise in its environment — other birds, insects, amphibians, even mechanical noises. And for more than nine decades, the mockingbird has worn the title of Texas’ official state bird.

While the northern mockingbird is present across North America, it was designated by the Texas Legislature as the state bird in January 1927 at the request of the Texas Federation of Women’s Clubs. The mockingbird, the Federation noted, is an astonishingly unique and intelligent songbird, confirmed by “ornithologists, musicians, educators and Texans in all walks of life.” Additionally, the mocker is “a fighter for the protection of his home, falling, if need be, in its defense, like any true Texan.” The strength, adaptivity and ingenuity of the species symbolize the spirit of the Lone Star State.

D e c e p t i v e l y drab in appearance, the mockingbird averages about 10 inches in length, is covered in varying shades of gray with exposed white patches on its wings, and a long tail trailing behind. If you’d like to increase your chances at catching a glimpse or to hear the medley of calls performed by the mocker, step outside in the springtime or early summer — especially during moonlight hours — to hear mockingbirds lure potential mates to breed in their claimed territories. Once mates are established, mockingbirds are known to be primarily monogamous for the remainder of their lives.

Each melody chirped by the bird is repeated two to three times, followed by another song in a rapid sequence. The scientific name for the mockingbird, mimus polyglottos, is derived from the Greek “mimus” to mimic, and “polyglottos” for many-tongued. Shelia Hargis, president of the Texas Ornithological Society and avid birder for more than 20 years across the Americas, says the mockingbird is an especially talented animal. “They’re mimics who can learn varieties of sounds from cellphone ringtones, car alarms, even other birds’ calls,” Hargis notes. “Sometimes, in fact, it can be quite challenging to determine if the call you’re hearing is another bird or actually a mockingbird.”

According to Texas Parks & Wildlife, one story holds that during an outdoor production of the symphony Peter and the Wolf, a mockingbird added its own accompaniment to the flutist’s portrayal of bird calls, delighting the audience. Less delightful was the time a mockingbird is said to have copied the sound of a traffic policeman’s whistle, resulting in momentary confusion on the part of drivers who weren’t sure whether they should stop or go.

Some people think the mockingbird’s song is all mimicry, but researchers believe only 10 percent of sounds falls into this category. The bird actually sings at great lengths in musical phrases that are pure mockingbird. As the bird sings, repeating each phrase, it can change its tune upwards of 90 times in seven minutes. This repetition and the sudden changes of song help distinguish the mockingbird’s sounds from those of other birds. It can warble, whistle, trill and call, as well as make such interesting sounds as a squeaking gate, croaking frog, barking dog and chirping cricket.

Although the sounds expressed by the mockingbird can be entrancing, do be wary of venturing too close to the nest. The mockingbird is known to be an ardent protector of its environment, having the tendency to swoop down in attempts to fend off anything it deems to be a predator. “They can be aggressive when guarding things they perceive as theirs,” Hargis explains. “They aren’t afraid to dive-bomb.”

Mockingbirds feed on insects, wild fruit and weed seeds. During the spring and summer caterpillars, grasshoppers, ants, bees and other insects make up most of their diet.

While feeding on the ground, mockers may spread their wings to expose the white undersides. Some observers believe this “wingflashing” is used to startle insects such as grasshoppers into moving so they can be seen and caught. During the winter mockingbirds eat mostly vegetable matter. Wild fruits are a favorite whenever they’re available, but the birds also may eat or damage some domestic fruits.

Because of their insect-eating habits, most people consider them more helpful than harmful, and no one can dispute the fact that the birds truly sing for their supper.

The mockingbird can be found across the state, whether in the city or the country, in your backyard or the mesquite trees of the Hill Country, at Big Bend or the bayous of East Texas.

The small state bird has certainly earned the title “King of Song” and also the reputation for being a scrappy fighter against all odds.