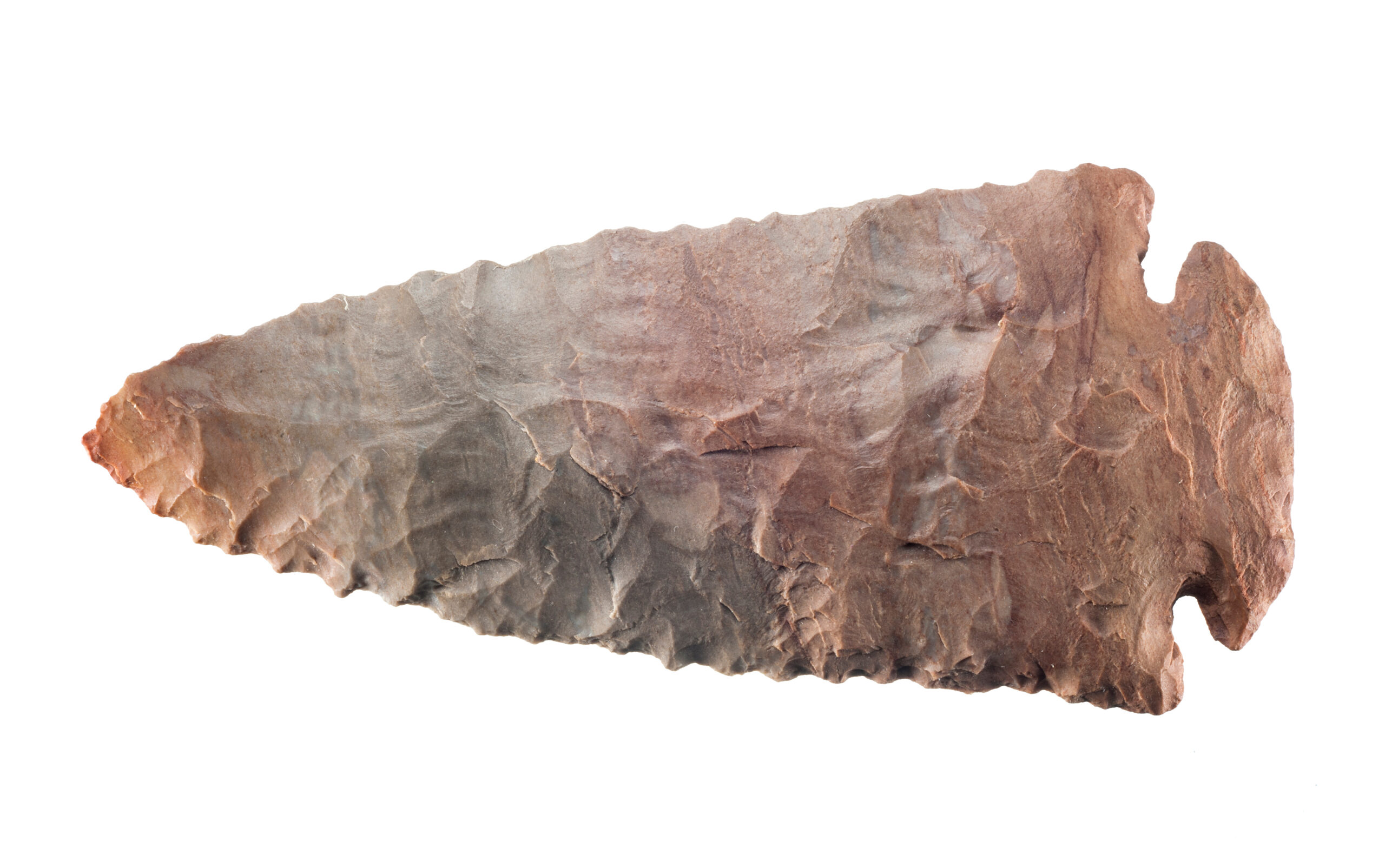 It’s quite an amazing experience to run your fingers over an area of dirt, sift through pebbles and soil, feel a shaped piece of stone and then upon examination realize you’ve found an arrowhead! Your imagination runs wild with the questions tumbling through your mind: who made the arrowhead? how did it come to be in this particular place? how long has it been waiting to be found?

Since prehistoric times, arrowheads were used by Native Americans as tools and weapons. An arrowhead is a tip, usually crafted to form a sharpened V-shaped point, to be used as a tool in hunting for food and as a weapon in warfare. The point, so to speak, was to be deadly when it hit an animal or person. When attached securely to a shaft, the points could be thrown as a spear or shot from a bow. Most arrowheads were made from stone such as flint, obsidian and chert; however, arrowheads have also been made from bone, wood, antlers and metal. Native Americans made arrowheads using a chipping process called flint knapping.

According to numerous sources, arrowheads were vital to all Native American tribes no matter what part of the country they were from. In many tribes, older men were responsible for teaching boys the art of making arrowheads.

While the Comanche and Apache tribes are probably the most well-known Native American tribes of Texas, dozens of other Indigenous people lived here for thousands of years before the arrival of the Spanish, French and Anglos.

There are many places around the state where you can search for arrowheads. However, it’s been my experience that the easiest and best place for finding arrowheads is typically at your county museum!