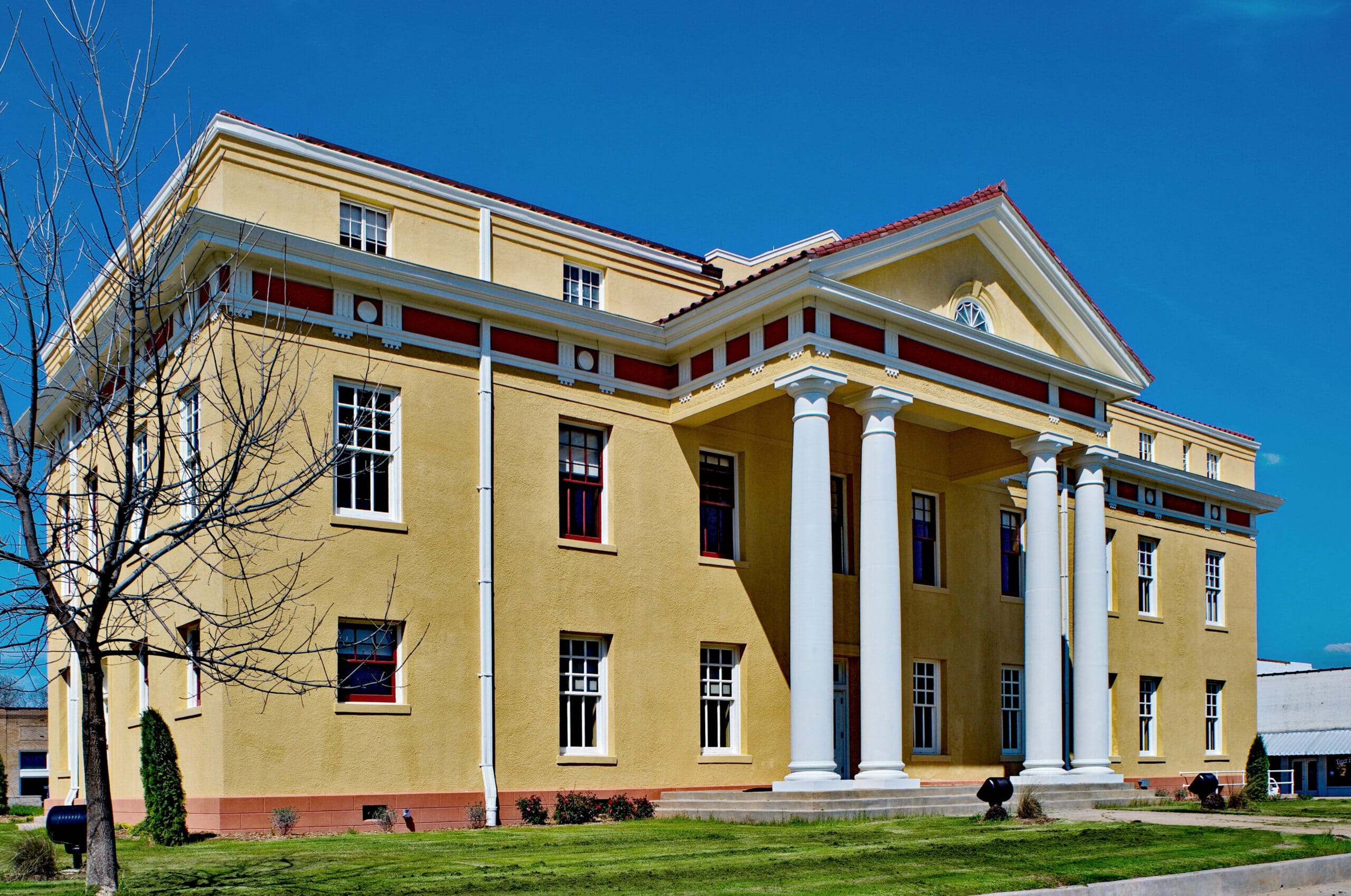 It’s not surprising that recording artist Don Henley’s last album was titled Cass County. Or that the cover photo was taken in front of the 1939 Linden Firehouse. Or that the other album photos were taken in and around the East Texas town of Linden.

Henley, lead vocalist for the legendary rock band the Eagles, is devoted to his hometown of Linden, the Cass County seat. He still owns a farm outside town and returns there regularly to recharge. He attributes hiding in his father’s cornfields and the wide-open spaces of the county to fueling his imagination as a child, and later as a songwriter. He’s proud of his roots and has committed both time and money to preserving the historic and natural resources of Cass County, as well as nearby Caddo Lake.

In 2004, the centerpiece of Henley’s hometown — the 1861 Cass County Courthouse — was the recipient of a planning grant through the Texas Historical Commission’s (THC) Texas Historic Courthouse Preservation Program to produce construction documents. Four years later, the THC awarded a nearly $4.5 million construc- tion grant to restore the oldest-operating courthouse in the state.

Pieces of the original antebellum, red brick courthouse can still be seen throughout the existing 1934 version of the building, including an original fireplace and window openings.

The current Classical design is covered in brightly colored stucco of corn yellow and persimmon orange and graced with elegant white columns and stately porticos.

Henley himself regularly attended progress meetings and walked the site with the architect and contractor during construction, and might have been confused for a plumbing contractor in his jeans, T-shirt and baseball cap.

While a noteworthy figure like Henley might try and impose his influence over a project he helped fund, he instead supported the project direction, which closely followed the Secretary of the Interior’s Standards for Preservation.

Project participants perceived his presence on the construction site to be curiosity- based, and his desire to be of service and witness the restoration of one of his hometown’s most important and oldest buildings. Alongside citizens of Cass County, Henley celebrated the building’s restoration by speak- ing at the courthouse rededication in 2012.

His involvement in the rebirth of Linden’s historic downtown includes a prospective county history museum that currently occupies one historic building on the courthouse square and may expand into others as the museum grows.

Henley and others in the community have been gathering artifacts to include in the future museum’s displays.

His efforts, combined with the courthouse restoration and Linden’s designation as a Texas Main Street community, have sparked a transformation of the little town into an enticing destination for heritage tourists.