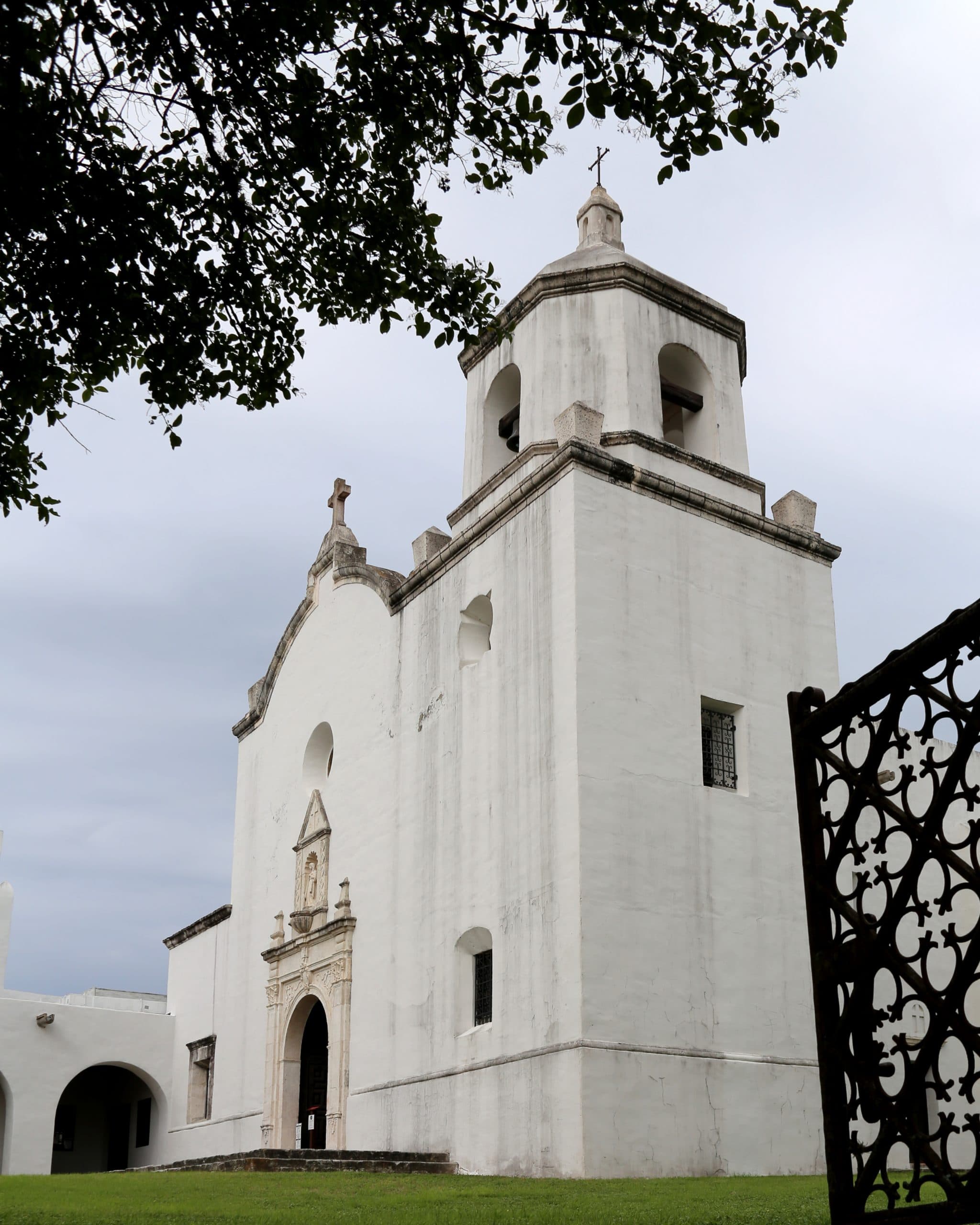 Elegance on the Bay

The Fannin Battleground commemorates the Battle of Coleto Creek March 19-20, 1836. Col. James W. Fannin and over 350 Texian volunteers were retreating from the presidio, which they had renamed Fort Defiance, when they were overtaken and attacked by Gen. José Urrea and his men.

After surrendering, the Texians were held briefly at the presidio. Gen. Santa Anna ordered Fannin and his men executed on Palm Sunday. The brutal Goliad Massacre ignited the battle cry “Remember Goliad,” later united with “Remember the Alamo” at the Battle of San Jacinto. The Fannin Memorial Monument marks the common burial site of Col. Fannin and his men behind the Presidio La Bahía.

William L. Hunter survived the massacre and marked the battleground with a pile of rocks. In 1894, Solomon Parks Sr. replaced the rocks with a massive iron screw from a cotton gin. In 1913, the state of Texas accepted 13 acres around the marker and erected a 28-foot granite monument in honor of Fannin and his men in 1916. The Fannin site was the third historic site acquired by the state behind the Alamo and San Jacinto Battleground.

About four miles from the park are the ruins of the Mission Rosario State Historic Site. Missionaries established Rosario in 1754 but were less successful than their neighbor, closing in 1792.

The newly remodeled Zaragoza Birthplace State Historic Site is west of the Presidio La Bahía. Gen. Ignacio Sequin Zaragoza assumed command of the outnumbered, outgunned farmers and molded them into the formidable Mexican Army which defeated the French on May 5, 1862, at the Battle of Puebla. Their victory led to Mexico’s independence from France, now celebrated each year on May 5th, translated as Cinco de Mayo.

More than 300 years of Texas history comes alive through artifacts, living structures, and reenactments. Typically, between 3,000 and 4,000 people attend the yearly reenactment events. Goliad has treasures of Texas history found in few places, especially within miles of each other.