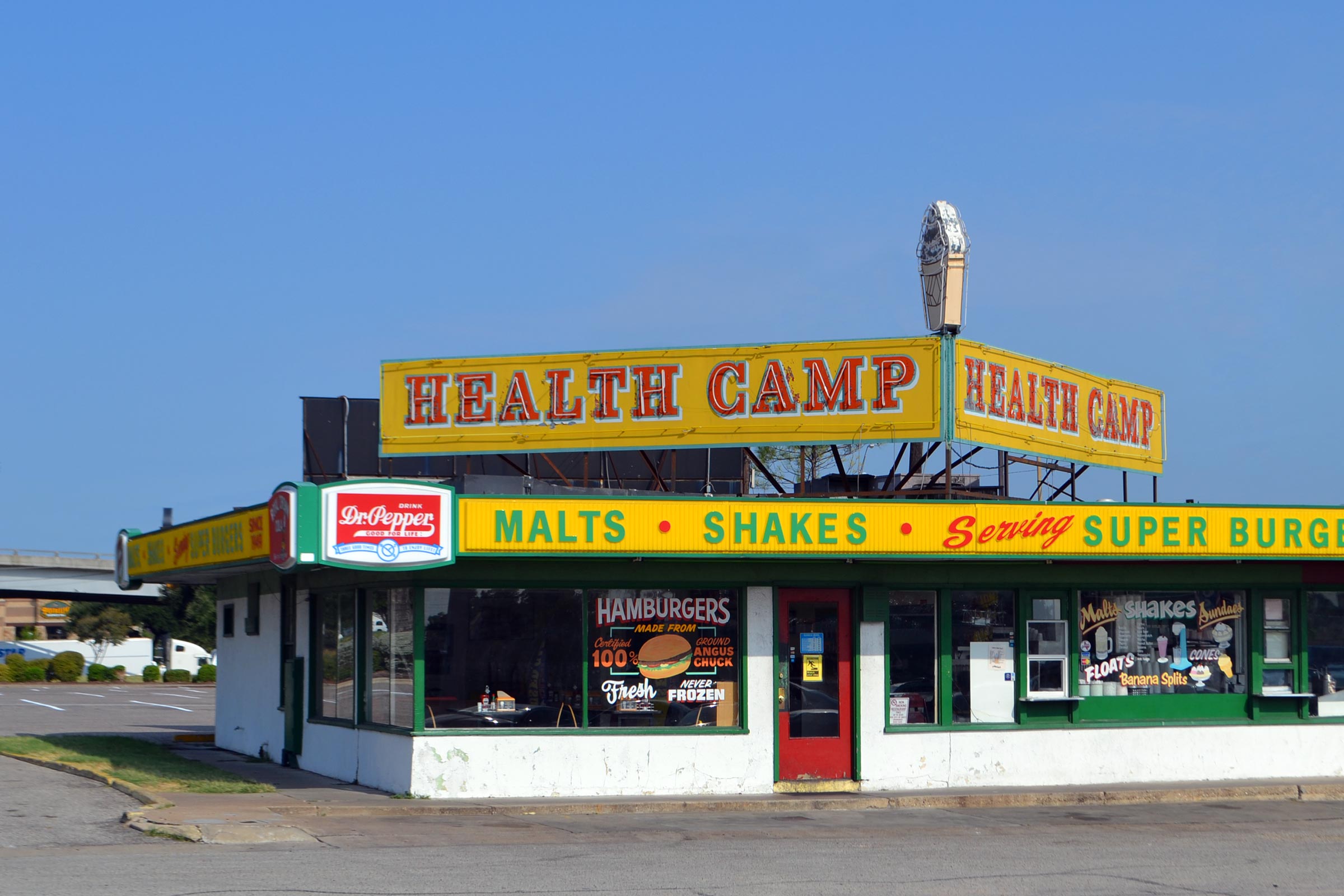 We take for granted the smooth paved roads of today. But before 1900, most roads in Texas were not paved, but were graded or unimproved, except in our larger towns and cities where bitumen, macadam, crushed shells, wood blocks, wood boards, and crushed gravel were used. Travelers could experience rough, bumpy, dusty conditions in dry weather, or slow, boggy, stuck-in-the-mud conditions in wet. Between 1900 and 1916, the number of motor vehicles registered in Texas jumped from 180 to over 125,000, and the increase in vehicle ownership led to an increased demand for more and better roads.

A century later, such roads had amassed as many layers of history as the generations of pavement laid over them, a history worth preserving, interpreting, and sharing

In the 2009 Texas legislature, House Bill 2642 established the Texas Historic Roads and Highways Program, the goal of which is to identify, designate, interpret, and market historic roads and highways in Texas.

That’s a tall order, considering how many such roads had been built over a century or more. The Texas Historical Commission (THC) and the Texas Department of Transportation (TxDOT) jointly administer projects relating to this program. In 2015, updates were accepted to the Texas Historic Roads and Highways Program in the Texas Register in Chapter 21, which established specific definitions and included a listing of the 56 officially designated historic highways in Texas.

When I joined the THC as historic resources survey coordinator in 2013, the position included historic Texas highways. Although initially not too enthusiastic about roads, I found my mind was definitely changed when I made a visit to Eastland County, where I saw its remarkably intact hand-laid red brick roads with concrete curbs of the Bankhead Highway.

The Bankhead proved a rich example of the evolution of highways from bicycle path to automobile roadway.

While initially bicyclists led this demand for better roads in the late 19th and early 20th centuries, car owners quickly took the lead. With more people traveling beyond township boundaries, by the 1910s there arose a demand for services such as filling stations, auto repair shops, cafes and restaurants, and overnight lodgings. The fulfillment of these needs and demands changed the American landscape to what we know today; how we got there is a fascinating journey in and of itself.

An example of this is overnight lodging. Starting with a railroad hotel that was often inconveniently located away from the main road, travelers starting camping on the side of the roads, which led to the innovation of auto camps, which evolved into tourist parks, tourist courts, motor courts, motels, and finally highway hotels—all of which are now documented along the Bankhead.

Part of my job is researching this type of information and creating ways to make it accessible to the public, such as a short video on brick road construction and a slide show on the evolution of overnight accommodations.

From that first foray on brick pavement, I was hooked. In the years since, I have traveled across many of those 56 historic highways, including the Bankhead (Texarkana–DFW–El Paso), the Meridian (Wichita Falls–Waco–Laredo and Waco–Galveston), Route 66 (Panhandle), and the Old Spanish Trail (Orange–Houston–San Antonio–El Paso).

With funding from TxDOT, professional consultants surveyed and documented every mile of the historic Bankhead (SH 1) and Meridian (SH 2) highways. More than just the roads were researched and photographed; the survey embraced bridges, curbing, motels, diners, gas stations, auto dealership, tourist camps, and roadside parks—anything road-related. The purpose of these highway projects is twofold: first, to assist professionals with survey projects; and second, to educate the public about our historic roadways.

With no follow-up funding to tackle the next historic highway on the list—the Old Spanish Trail (SH 3),  I surveyed the iconic Route 66 as an in-house project since it is one of our shorter highways—a mere 178 miles in length across the Texas Panhandle—under a grant from the National Park Service.

The THC website contains a wealth of information in the Historic Texas Highway surveys, including interactive maps with popup windows featuring the documented resources.
Visit Now

In my work, I’m often invited to ride along with various auto groups that do driving tour reenactments, whether in rough-and-tough preserved military vehicles or beautifully restored luxury automobiles. My first trip was with the Military Vehicle Preservation Association (MVPA) in 2015 as a centennial reenactment of the 1915 Bankhead Highway Association trip. The MVPA group undertook a coast-to-coast road trip starting in Washington, D.C., and ending in San Diego, California. I traveled only a small portion from Fort Worth to Mineral Wells.

My next two road tours were in 2017 with the Antique American Independent Automobile Association (AAIAA), also on the Bankhead Highway for its 100-year anniversary of the Bankhead. In September of 2017, the MVPA invited me back to drive every mile of Route 66 in Texas from Shamrock to Glenrio; the MVPA group started in Chicago and ended in Santa Monica.

Doing a ride-along, you get to experience the fun as well as the not-so-fun, such as stalling in an intersection, running out of gas, experiencing a broken fan belt, and suffering the lack of windows in a 1946 military Jeep Willys in cold, drizzly weather. Fortunately, each convoy comes equipped with a recovery unit of mechanics who either fix the problem on the spot or quickly load up the vehicle on a trailer to repair at the next stopping point. The convoys sometimes come equipped with a traveling porta potty for the roadtrippers’ convenience.

Such events provide an up-close-and-personal experience of history: advertised in advance, they get lots of media exposure, and people line up along roads and outside schools to wave as drivers pass by in fancy cars. School kids particularly seem to like seeing the vehicles, but perhaps it is getting out of class instead! At community pit stops, the public is invited to come out and view the cars. I am always amazed at the wide range of people – from young toddlers to teenagers, families and old folks. I’ve met very interesting characters from all over the U.S. and the world during these tours.

Many sections of old roads are bypassed by more modern streamlined highway alignments, leaving the historic pavement and road-related resources behind. Taking the roads less traveled lets you experience what it might have been like fifty or a hundred years ago. Along alignments from the 1920s and 1930s, such as the Bankhead Highway east of Dallas, the roads take sharp, right-angled turns where they follow property lines in a time before corners were smoothed out to allow for faster speeds.

In West Texas, you can experience breathtaking vistas of unobstructed landscape virtually unchanged for centuries. In east and central Texas, you get a sense of enclosure with narrow roadways surrounded on both sides by tall trees and vegetation, creating cool green tunnels. Or you can drive the hilly winding roads of the Texas Hill Country, with glimpses of wildflower meadows, trickling creeks, and roaming livestock.

I’m currently doing a National Register of Historic Places district nomination for Route 66 road segments in Wheeler County, in the Panhandle, where you can feel the rhythm of the road through the original concrete slab joints (bump-a–bump-a) and see vast stretches of undulating ranch and farmlands, all relatively unchanged since mid-century.

I keep a sharp eye out while I travel because I never know what treasures I’ll discover: an abandoned metal kit, a catalog gas station, glass reflector buttons in bridge ends, embedded stop signs in the road, teepee-design roadside parks, cool motel signs, quaint tourist courts, intact brick or concrete roads still in use, an old honkytonk, or a hole-in-the-wall café with amazing food.

Whether you are in the mood for a little town life or want to get away from it all, a historic Texas highway will get you there. You can plan a road trip from Texarkana to Dallas along the Bankhead Highway and stop at the multiple Main Street communities along the way (Texarkana, Mount Pleasant, Mount Vernon, Greenville, Royse City, Rockwall) to sample historic downtowns with locally owned cafes, antique stores, and farmers markets.

If wide-open vistas are more your thing, go out to far west Texas by taking the Old Spanish Trail from Del Rio to Langtry, Alpine, Marfa, and Van Horn with a side trip to the Big Bend area. Conversely, if you prefer a mixture of town and country, you could drive the Meridian Highway from Fort Worth to Cleburne to Glen Rose to Meridian to Waco to experience small-town life, petrified wood gas stations and repair shops, restored county courthouses, state parks with 1930s stonework created by the Civilian Conservation Corps, and rolling bucolic countryside with Scandinavian farmsteads.

A speedy interstate highway may get you to your destination sooner, but here’s the real lesson I’ve learned from my professional journey: Just think what you might miss seeing by not taking a historic Texas roadway instead: a 1914 metal truss bridge to a 1920s hand-crafted petrified wood gas station to a 1960s drive-in restaurant to a 1970s art installation of Cadillac Ranch in Amarillo.

Leslie Wolfenden’s longtime interest in older vehicles probably stems from having a brother who could name all the cars on the road, boyfriends who were interested in car restoration or motorcycles, one grandfather who worked for Rolls Royce, and the other grandfather who drove trains. It could also be her desire to drive the scenic routes on her motorcycle and escape speedy interstate traffic.