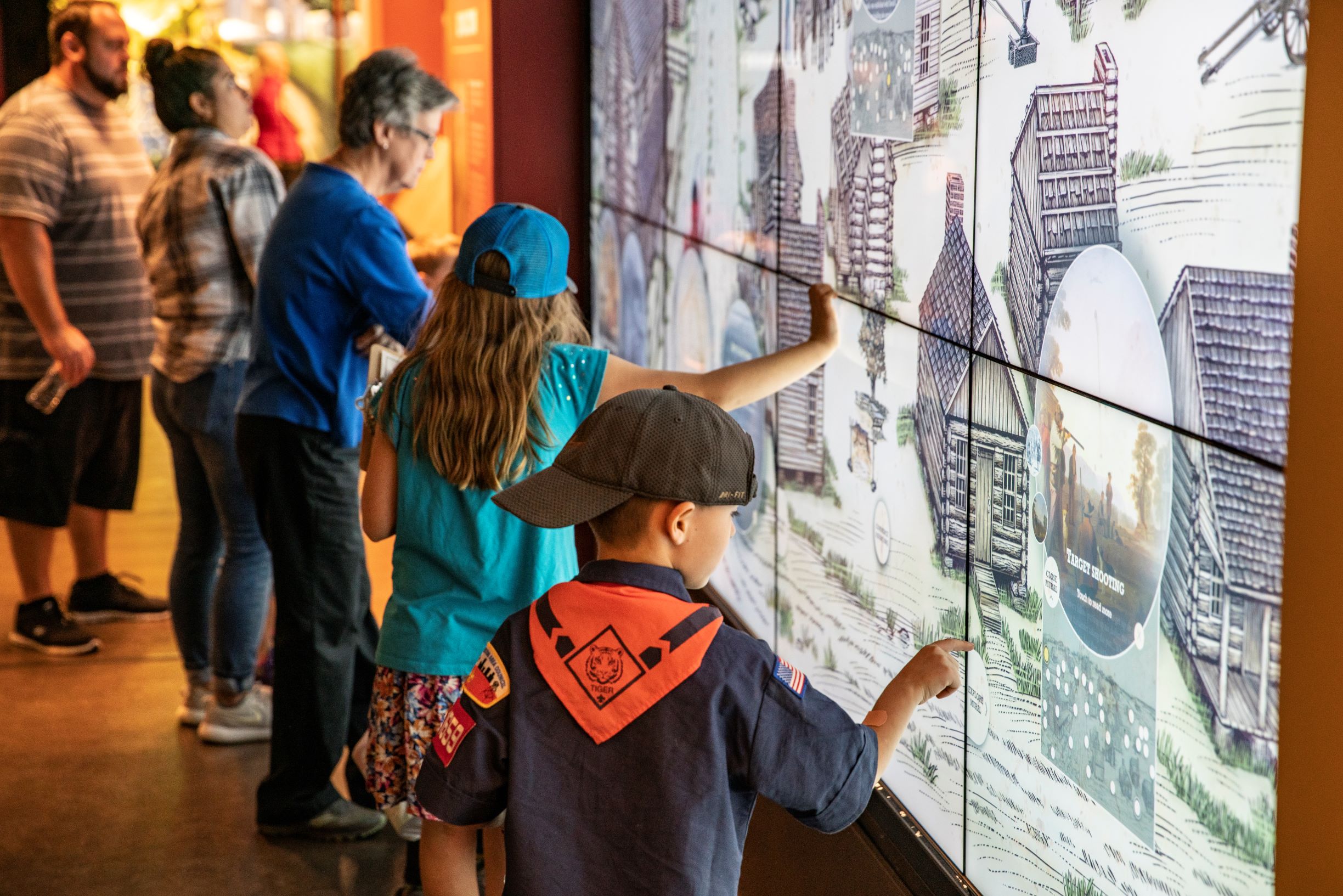 Of all the places to put down roots, the “Father of Texas” Stephen F. Austin chose a site on the Brazos River as the starting point for what was to become the Lone Star State.

Today, almost 200 years later, the San Felipe de Austin State Historic Site – just a couple of miles north of IH 10 near Sealy, west of Houston – marks the unofficial capital of Austin’s colony. A 10,000-square-foot visitor center and museum that opened in 2018 vividly tell the story of Texas before it became a nation and ultimately the 28th state of the United States of America.

San Felipe de Austin served as the economic, social and political center of American immigration to Texas before independence, according to Bryan McAuley, manager of the site. However, it didn’t survive because residents torched the town as they fled the Mexican army in the Runaway Scrape of 1836. Yet San Felipe’s significance lives on thanks to the Texas Historical Commission, which maintains 32 historically important sites statewide.

McAuley, who joined the Commission in 2008 and also manages the Fannin Battleground State Historic Site between Goliad and Victoria, says Austin had multiple reasons for settling on a defendable bluff overlooking the Brazos. “Along with its access to water and its beauty, the site was conveniently located among several existing crossroads,” he said. “Specifically, San Felipe was on the Atascosito Trail from Goliad and also the National Road from San Antonio.”

As San Felipe grew in significance, it hosted important meetings that focused on strained relations with Mexico.

“Texans tend to process the Texas Revolution story from the perspective of the exciting – and sometimes tragic – battles that occurred between the fall of 1835 and spring of 1836,” McAuley said.  “San Felipe de Austin’s story adds depth to those battles by showing the conflict that prompted them. Immigrants to Mexican Texas called political delegations together four times to discuss concerns. The first three occurred at San Felipe, and the final one was at Washington-on-the-Brazos when independence was declared.”

The San Felipe de Austin State Historic Site visitor center displays hundreds of artifacts, including Austin’s field desk and printing equipment similar to that used in 1835-36 by the Baker and Borden printers. McAuley calls it “the most famous print shop in Texas history, managed by the man who would invent condensed milk 20 years later.”

For visitors to thoroughly immerse themselves in the San Felipe de Austin saga, McAuley recommends setting aside up to 90 minutes. In addition to its permanent gallery, the site offers a temporary gallery for rotating exhibits. A significant outdoor exhibit of representative structures, designed to help visitors understand the architecture of San Felipe, is scheduled to open in spring 2021. It will include a walking trail to some of the known building sites on the grounds.

McAuley appreciates those who thought it important to preserve San Felipe de Austin and its significance in the Texas saga.

“The exciting thing about history right now is that we’re entering an inclusive phase where stories that were omitted, edited out or forgotten can be discovered, re-evaluated and used to improve our overall understanding of what came before,” he said. “The Texas independence story is a resonant one that’s important to the histories of the United States and the Republic of Mexico.”