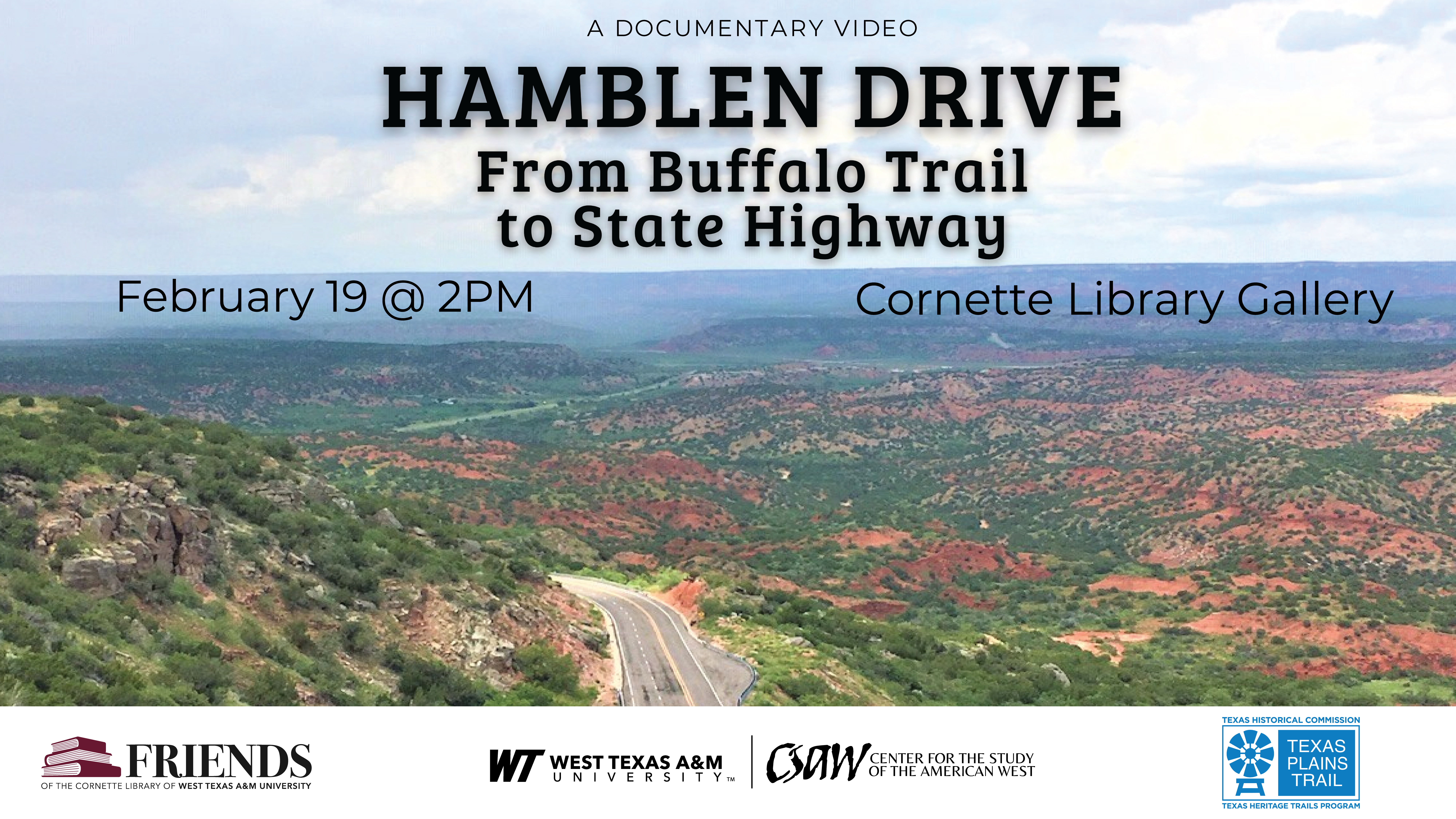 You’re invited! The Friends of the Cornette Library and the Texas Plains Trail Region are hosting the showing of the documentary video Hamblen Drive: From Buffalo Trail to State Highway on February 19, 2022, at 2:00 p.m. at the Cornett Library at West Texas A&M in Canyon, Texas.

The Hamblen Drive documentary is another historical production by Neal Odom, who is an owner of PBD Production (Pioneer Business Development, LLC). Both Neal and Plains Trail Board President, Vicki Hamblen, grew up in Happy, Texas, and both of their great-grandfathers, who were also friends, were early pioneer settlers in the Texas Panhandle. The documentary covers many aspects of the history and heritage of the road crossing the Palo Duro Canyon and the early life of those who settled the High Plains. “I think most people will be surprised by some of the information revealed in this documentary,” says Neal Odom.