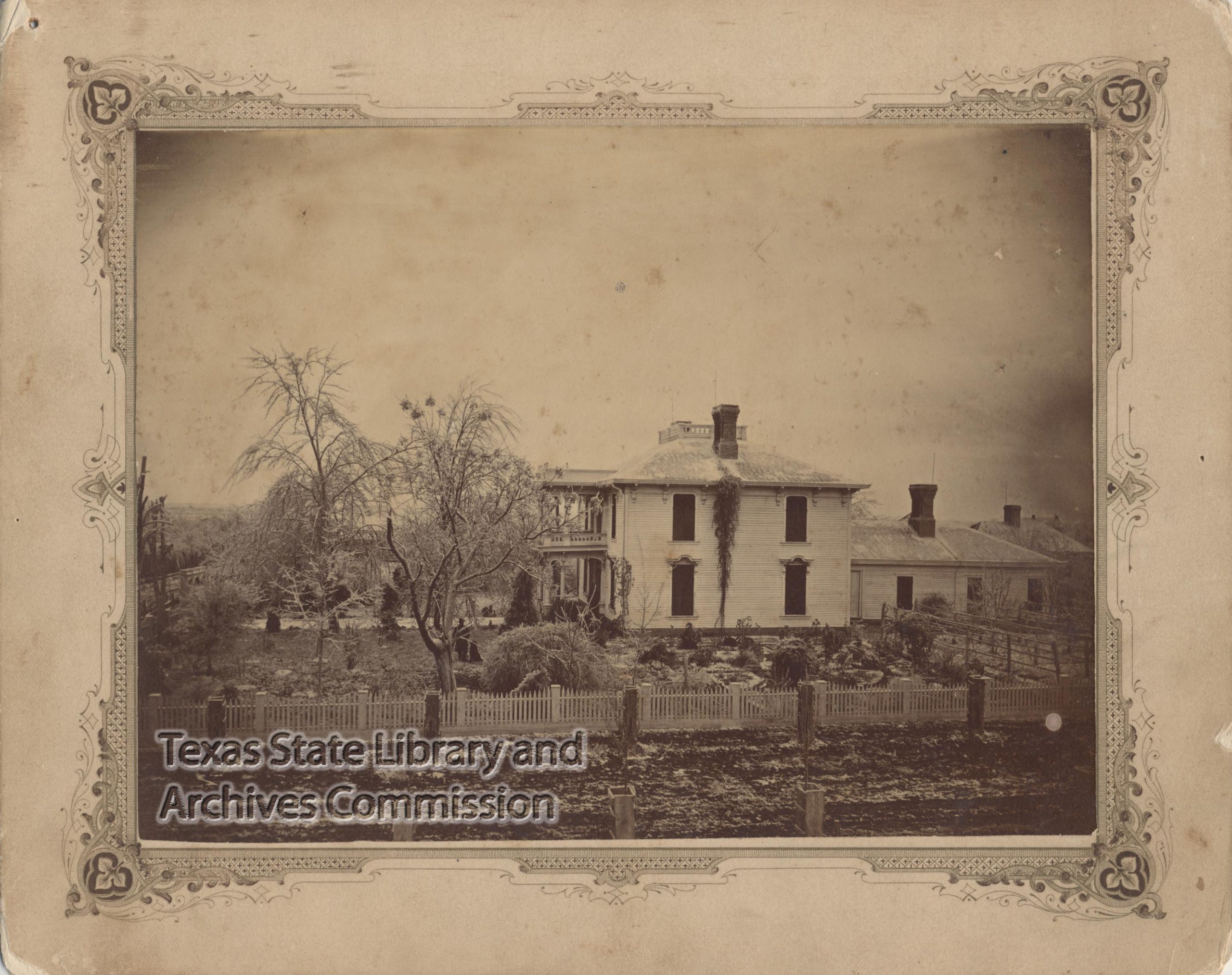 The Texas State Library and Archives Commission has among its archival holdings collections that document the development of many of the state’s important historical sites, including those managed by the Texas Parks and Wildlife Department and Texas Historical Commission.

The Parks and Wildlife Department Battleship Texas records, spanning 1947 to the 1990s, include prints, ships plans, and a poster reproduction of a painting of the USS Texas from both the U.S. Navy and the TPWD; recordings of Battleship Texas Commission meetings, the campaign to save the Battleship Texas, and the decommissioning ceremony; and meeting minutes of the Battleship Texas Advisory Board. The majority of the materials serve as documentation for the restoration and creation of a historic monument by the TPWD at the San Jacinto Battleground State Historic Site. A portion of these materials have been digitized and are part of the Texas Digital Archive (www.tsl.texas.gov/texasdigitalarchive).

The history of the battleship is also documented elsewhere in the State Archives, including an 1898 stereograph card; the caption on this card reads, “The proud ‘Texas’ – Captain ‘Jack’ Philip coming home from Santiago.” The USS Battleship Texas participated in the July 3, 1898, battle off Santiago that destroyed Spain’s naval forces in the Western hemisphere. Captain John W. “Jack” Philip was commanding officer. Philip is remembered for saying, “Don’t cheer, men; the poor devils are dying.” The captain presented the state of Texas with a piece of the battleship armor that was pierced by a shot from the enemy in the battle, now part of the TSLAC Artifacts Collection.

The United States Congress created the Civilian Conservation Corps in 1933 at the request of President Franklin Roosevelt as an emergency program devoted to the care of natural resources. The program provided jobs and income to young men and served as an instrument for preserving natural resources and developing state park lands. TSLAC has digitized more than 3,000 of these drawings that were created in the process of improving state parks. These beautiful images include plans and renderings of state parks across Texas, such as those of TPWD’s Goliad State Park and Historic Site, where the CCC reconstructed the ruined mission complex of Mission Nuestra Señora del Espíritu Santo de Zuñiga. The CCC developed 56 parks in Texas, in addition to making significant physical improvements to forest and farmland across the state. Most are still public parks, including 29 still within the state park system.

Many of the sites owned and managed by the Texas Historical Commission can also be researched further through the supplementary historical documentation preserved in the State Archives. The Sam Bell Maxey House State Historic Site in Paris received its state historical marker in 1962. Historical markers commemorate diverse topics in Texas history, including: the history and architecture of houses, commercial and public buildings, religious congregations, and military sites; events that changed the course of local and state history; and individuals who have made lasting contributions to the state, community organizations, and businesses. Historical markers can be found in all 254 Texas counties and by 2017 there were more than 16,000 state historical markers. The process includes submitting a sponsorship application form which provides basic information to be used by THC in the evaluation process.

TSLAC holds the Samuel Bell Maxey Collection and Samuel Bell Maxey Photograph Collection. The former consists of the personal papers of the attorney, general in the Confederate Army and, from 1875-1887, United States Senator from Texas, along with his family, from 1847 through 1948. The photograph collection includes approximately 1,200 photographic images, dating 1870-1960, bulk 1870-1920. Many of these photographs document the history of not only the Maxey family but also of the Samuel Bell Maxey House State Historic Site in Paris, Texas, owned and managed by THC. The images, which consist primarily of albumen and silver gelatin prints, include views of the house (interiors and exteriors), grounds, and the environs. The Maxey family and friends are represented by commercial portraiture done in various places. Family activities and travels are documented both by commercial views and by amateur snapshots. These late 19thand early 20th century travels ranged from the western United States to New York, to the Yukon and Alaska, and to Europe and Egypt. These materials have been digitized and are part of the Texas Digital Archive, viewable and downloadable by the public.

Explore TSLAC’s digital collections and online exhibits to travel through Texas history from anywhere in the world—or from the comfort of your own home: www.tsl.texas.gov/arc.