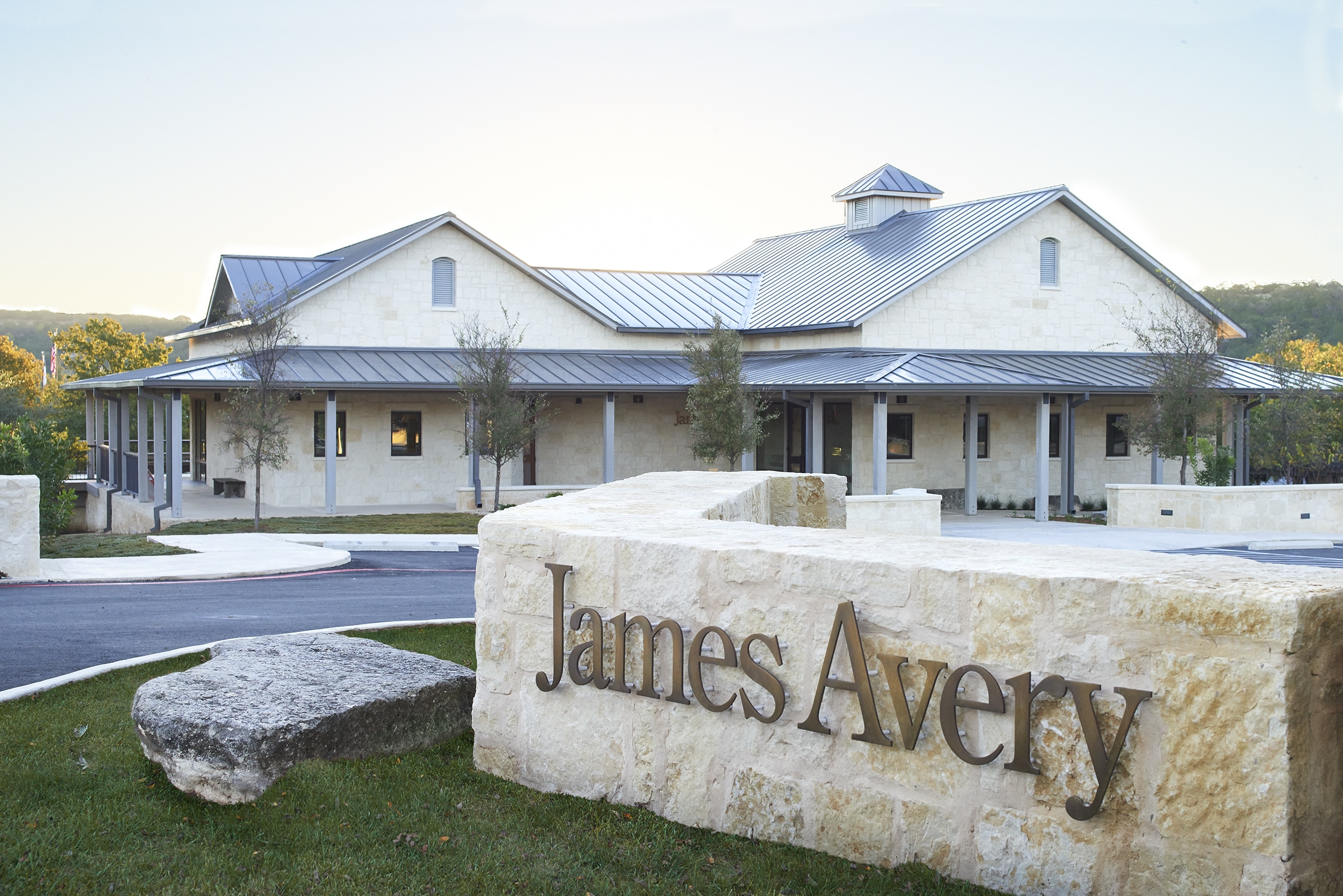 Kerrville, in the Hill Country, is known for its beautiful landscapes, galleries, boutiques and rivers. But the town also has a special place that brings handcrafted jewelry lovers in by the droves: the James Avery Headquarters. The relationship between the work of the craftsman and the individual who wears his designs inspires many to make the trip to Kerrville.

Avery’s goal from the beginning was to make jewelry that holds meaning for both him and his customer, and, based on the company’s success, he was able to strike a chord in the hearts of many. In 1954 he started his business making jewelry in his Kerrville garage, and by 1957 he had a Christian jewelry catalogue. From this modest beginning the business grew in popularity, and his craftsmanship was so highly esteemed he was commissioned by the Archdiocese of San Antonio to create four vessels for Pope John Paul II to use during the Mass he held in San Antonio in 1987.

The James Avery Retail Store & Headquarters is set in a tranquil countryside befitting the designer himself; you might even be welcomed by some of the wildlife that call the campus home. Visitors are invited to take time to relax and enjoy the parklike atmosphere. It’s quite a treat after spending time on the road.

The Visitor Center is comprised of six exhibit areas that detail the history of how the company began in Avery’s garage in 1954 and grew into what it is today. It houses some of the iconic pieces from Avery’s workshop that can’t be seen in the stores. One highlight is being able to view craftsmen at work making James Avery creations.

A banner hangs in the Center reading, “Giving is what it is all about,” the motto Avery lived by.

His giving spirit didn’t go unnoticed by the town he called home. After his passing, the City of Kerrville honored him by dedicating and renaming a sculpture he designed and created. Now, the sculpture, “A Mother’s Love,” which was erected in 2012 in downtown Kerrville, is named the “James Avery Memorial.”

After being immersed in the culture that is the James Avery craftsman, it’s time to hit the retail store. The beautiful store draws in the shopper, who’s greeted by a talented staff willing to guide them to the perfect pieces of jewelry to suit their style or to get them out of their comfort zone.

One of the most popular of his designs are his charms, which women have had dangling from their wrists for generations. Many young women growing up in Texas receive a James Avery bracelet accompanied by a single charm that has significance to their lives.

The bracelet with its charms tells the story of the one who wears it. The charms are reminders of the people who gave them and the significance of life events, and the adding of charms continues throughout a lifetime.

Each piece is more than just a pair of earrings or a necklace — it’s a personal expression of an individual’s spirit. It becomes an heirloom handed down from one loved one to another.

Kerrville is a great Hill Country retreat and a place to continue the James Avery tradition in your family — or to start a tradition of your own.