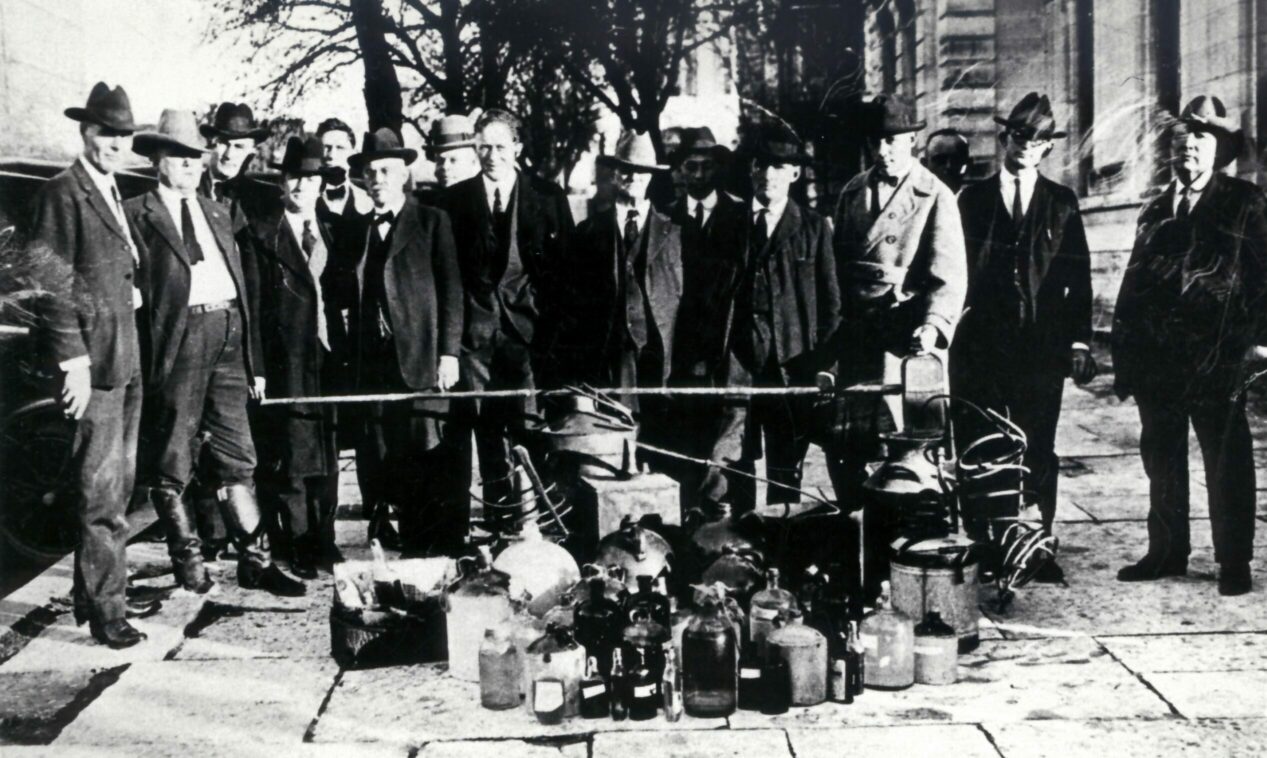 Supporters of prohibition argued that drinking led to vice, including thievery, gambling, fornication, and even murder.  Crimes and public disturbances were often blamed on alcohol.  When a violent fight broke out after a public execution on the Courthouse Square in Georgetown in 1886, whiskey was blamed for the trouble.

A concern for Georgetown community leaders was the moral health of the young men and women attending Southwestern University.  While the sale of alcohol was illegal in the county seat, students could travel to Taylor for liquor or to the German immigrant community of Walburg for beer.

Operating a bar in prohibition territory is called “running a blind tiger.”  In 1905, the Williamson County Attorney offered a $100 reward for information on blind tigers or anyone selling whiskey in bundles of livestock feed.  Herman Rose of Corn Hill was arrested for running a blind tiger in 1906 and given three months jail time and fines amounting to $100.

The town of Bartlett straddles Williamson and Bell Counties, a fact that made being a saloon keeper there a complicated business.  One man’s saloon, divided, by the line had to move his bar to the opposite end of the room when either county switched its stance on prohibition.  Since the boundary passed down the main street, most liquor sellers could pack up and move to a building across the street if their side became dry.

In 1897, a man accused of violating liquor laws had the conviction overturned when it was determined that the drink had been sold on the wet side of a disputed boundary.  A Bell County saloon keeper named Perkins, on the other hand, was arrested in 1905 for selling liquor in what was indisputably wet territory.  The Williamson County officers who made the arrest claimed, “the statute of 400 yards jurisdiction.” Today, Bartlett is undergoing a revitalization of the town to preserve the picturesque feeling invoked by the turn of twentieth century buildings. Many of these preserved buildings still hold ties to the prohibition era, like bank tiles denoting Bell County’s line and where alcohol sales must be made in the bank. Elections in the 2010s made the county vote and drink wet. In most parts of the county, there is no longer a need for “Blind Tigers”.

For further information on Bartlett’s downtown revitalization check out @downtownbartlett on Instagram.

Danelle Houck is a Williamson County native and has been the Educational Program Coordinator for seven years at The Williamson Museum in Georgetown, Texas.