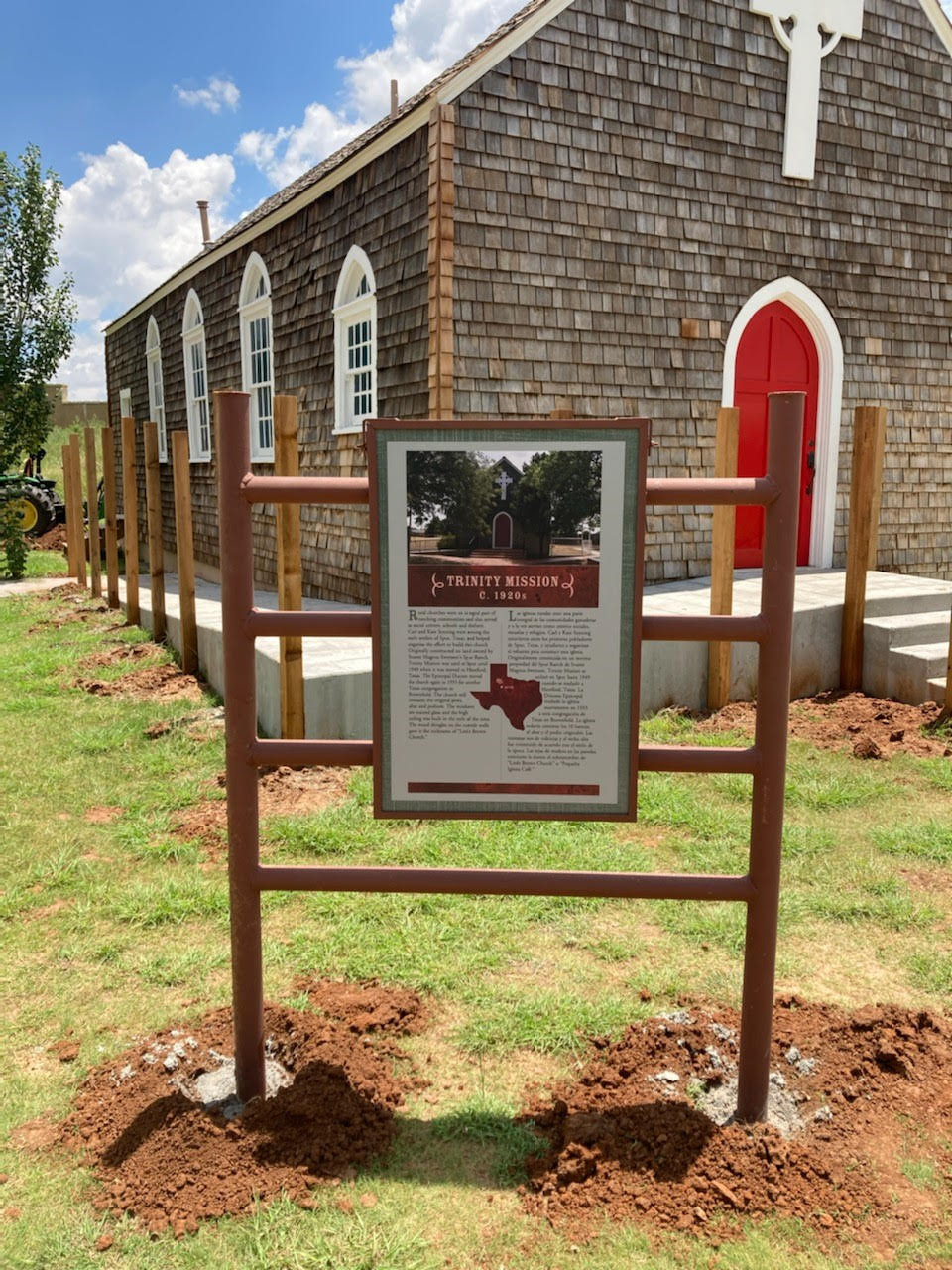 After three moves and three different names, Trinity Mission may at long last get to rest in peace.

The historic Episcopal church now resides in the National Ranching Heritage Center at Texas Tech University in Lubbock, most likely its final resting place. A public dedication will be held at 10 a.m. Friday, Sept. 17, 2021. The executive director of the ranching center, Jim Bret Campbell, said the center had been looking for a suitable frontier church almost from the beginning of the center in the late 1960s and finally found one.

“Churches served as a central gathering point and unifier for many ranching communities,” Campbell said in a news release from the center. “Faith and community were critical in places where neighbors were scattered across many miles.”

The church has a rich history. It was built on land donated by Spur Ranch owners descended from S.M. Swenson, who moved to Texas from Sweden in the 1830s. His sons purchased the ranch in 1906 from the Espuela (Spur) Land and Cattle Co. of London. The Swenson brothers platted the town of Spur in 1909 on land that belonged to the ranch. Spur was incorporated in 1911.

New residents began to inquire about a church and contacted the Episcopal Archbishop of Dallas in 1910. The Episcopal Church is the United States branch of the Anglican Church. Since many of the early European financiers who purchased ranchland in Texas had ties to the Anglican Church, a strong Episcopal presence developed in ranching communities. The new church on Spur ranchland was named Trinity Mission, which will be its name at the National Ranching Heritage Center.

The church became the property of the Episcopal Diocese of Northwest Texas in 1949. It was moved to Hereford and renamed Saint Thomas Mission. In 1955, when the Hereford congregation outgrew the building, it was moved to Brownfield and renamed Good Shepherd. The final service in Brownfield was held on Christmas Eve 2018.

After the church’s closure in Brownfield, the diocese donated the building and its furnishings to the National Ranching Heritage Center. More than $100,000 was raised to move the structure to Lubbock, set a foundation, restore the building to its original appearance, add sidewalks and signage, and to support ongoing maintenance and preservation.

The original 10 pews, podium, altar, and organ are all original to the church. A sign in front of the church at the Ranching Heritage Center notes that Carl and Kate Senning were among the early settlers of Spur who helped organize the effort to build the church. It also points out architectural details:

“The windows are stained glass and the high ceiling was built in the style of the time. The wood shingles on the outside walls gave it the nickname of ‘Little Brown Church.’”

All photos courtesy of the National Ranching Heritage Center.

100 Things to do in Amarillo Before You Die