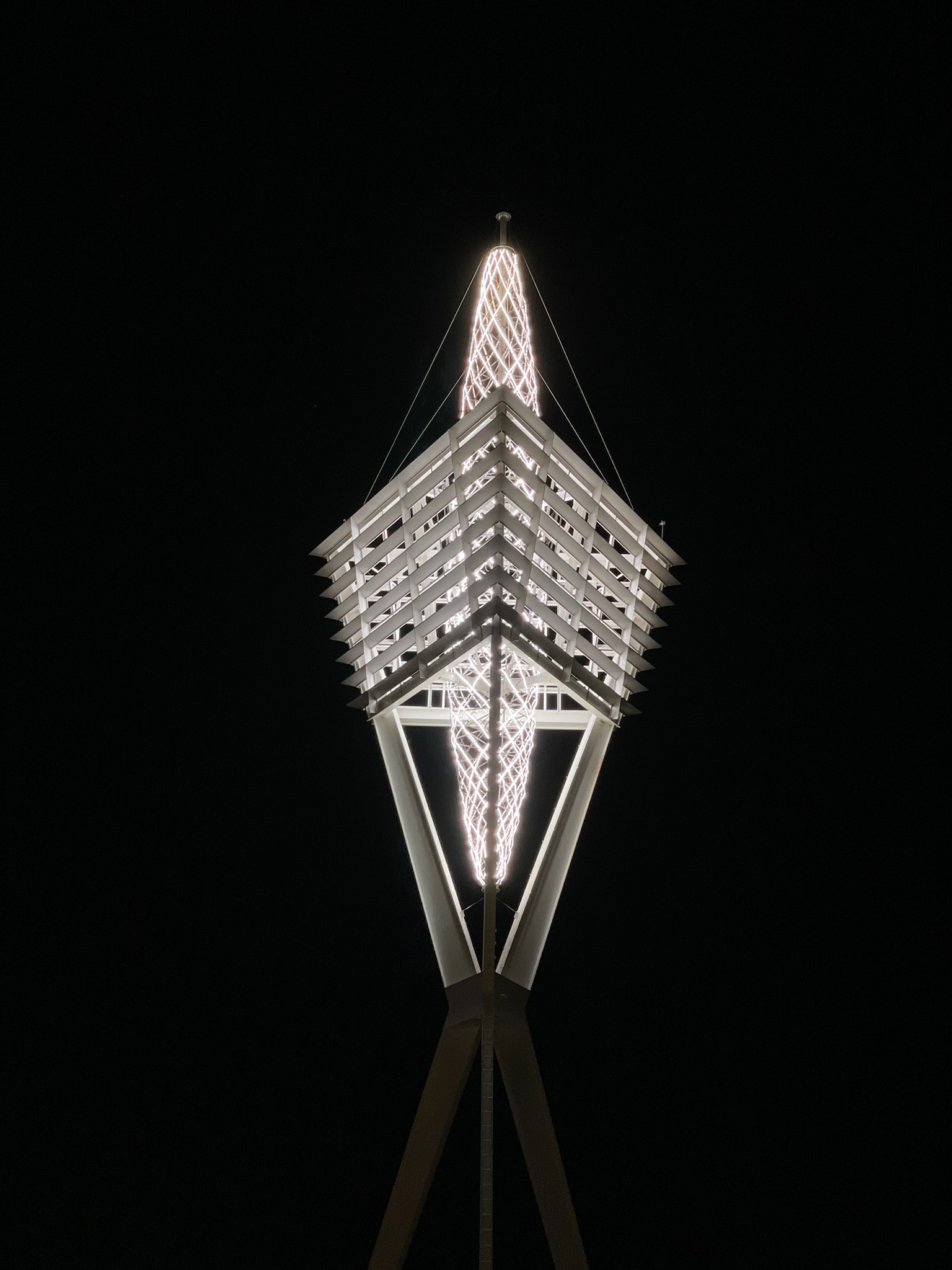 Driving into downtown Odessa one sees a bright white object rising from the flat landscape of the Permian Basin, incongruous with its surroundings. The lit spire elicits a string of questions such as what is it? why is it here? and where did it come from?

The mid-century architecture of the structure reveals its origins as a product of the 1950’s. It was originally built as a sign for the Rock Hill Springs Shopping Center in 1958-59 (the records of its construction have been lost to time). In the 1970’s, the fabric store Cloth World moved into the shopping center and assumed stewardship of the sign. Most Odessan’s referred to it colloquially as “the Cloth World sign”. When the fabric store closed in the early 1990’s, the sign was no longer used and soon fell into disrepair.

In 2014, Odessa Arts, an organization that supports and promotes the arts and humanities in Odessa and Ector County, held town hall meetings throughout the community as part of efforts to write a public art master plan. In all the discussions, the Cloth World sign was mentioned. It became evident the sign was considered an important part of Odessa’s history and that while it was something of an eyesore, there was a communal desire to save the sign and reinvent it.

The sign structure was donated to the City of Odessa which then provided Odessa Arts with seed money to commission a piece of public art – with the provision that the balance of the funds be raised privately.  The community responded with donations ranging from five dollars to one hundred thousand dollars.

One hundred and seventy artists applied to design and work on the spire.  Out of the three finalists, Ray King of Philadelphia, Pennsylvania, was chosen to fabricate and install the lighted artwork on the  remediated structure.  With help from public art project managers Dyson + Womack from California, the sign was rehabbed and reinforced to be ready for the artwork.

From August to December 2019, the sign was tented, lead paint was removed, and the girders were strengthened to support the structure. On December 16, 2019, the Odessa Spire was lit, and became the tallest lighted public art structure in Texas.

The spire was also an inspiration for local business owner Austin Keith with Pinkies to make his sign reflect the spire and show his support of the art in the shopping center on Maple where his store is located.