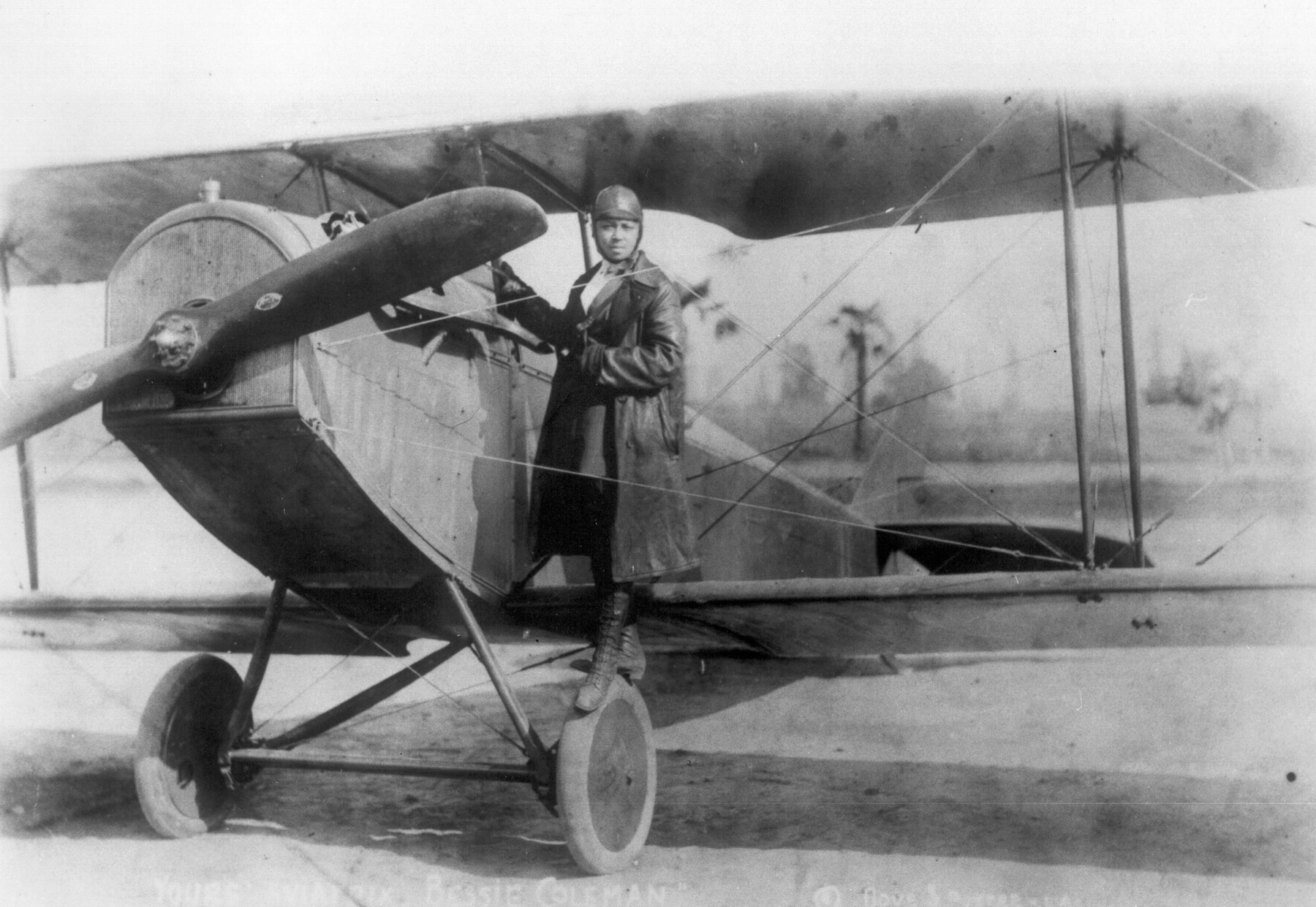 You can almost hear the buzz of the propeller when you walk into the Atlanta Historical Museum in Atlanta, Texas, is the city that was the birthplace of the first female African American aviator, Bessie Coleman.

From the military-style uniform she would wear in her famous flights, to the scale model of her Curtiss Jenny bi-wing airplane, the Atlanta Historical Museum helps you soar into the life of Bessie Coleman.

Coleman, who would become known to her many fans as “Queen Bess” or “Bessie the Brave,” was born January 26, 1892, to Susan and George Coleman and was the tenth of thirteen children. Raised from humble beginnings, she worked and saved to attend what is now known as Langston University in Oklahoma. Running out of funds, at
the age of 23, however, Coleman movedto Chicago in 1915 with one of her brothers. Working as a manicurist in a barbershop, but captivated by the derring-do of pilots in the Great War, Coleman desperately wanted to do more with her life. Her brother, John, returning home from Europe after the war and tempted her spirit with a stinging statement.

John had witnessed French women doing something that Bessie would, he said—fly!

That was all it took, along with some financial backing from the Chicago business community. By 1919, Bessie Coleman was headed to France to learn how to fly. There were no aviation schools in the United States that would accept a woman of color, so Coleman earned her pilot’s license after only ten months with the Caudron Frères flying school—the first black person to earn an international pilot’s license.

Over the next two years she pursued advanced training in France and Germany, and in September 1922, Coleman was the first African American woman in America to make a public flight.

Armed with her pilot’s license, Coleman’s dreamed of owning a plane and founding her own flight school. She held lectures and performed air tricks to raise money. Her hair-raising tricks and stunts like barnstorming, figure eights, and loop-the-loops wowed audi- ences from coast to coast, including back home in Texas.

It was in Texas that Coleman final- ly made a deal for her own plane, a Curtiss JN-4 with an OX-5 engine, at Dallas’ Love Field. Coleman per- formed for Texas audiences in placed as varied as San Antonio, Richmond, Waxahachie (where she had grown up), Wharton, and, according to a website dedicated to her legacy, many unre- corded small towns, most with racially segregated venues.

Refusing to perform for crowds that had segregated gate entrances, Coleman had the clout to demand a single entrance gate for all patrons. She became famous for standing up for her beliefs.

At the young age of 34, Queen Bess was tragically killed in an accident during an aerial show rehearsal in 1926. Only after her death did Coleman receive the attention she deserved, hon- ored by the U.S. Postal Service in 1995 with a posthumous stamp commem- orating her “singular accomplishment in becoming the world’s first African American pilot and, by definition, an American Legend.”

Though Bessie Coleman spent only a few months in her birthplace of Atlanta, her legacy lives on there and even to this day has sparked the desire to fly
in many.

Entering the city’s Hall-Miller Municipal Airport via Bessie Coleman Drive, you might just run into the chief of police, the chamber of commerce communications director, and other pilots and pilots in training who also have the desire to aim high in the sky as Queen Bess did a century ago.

Andrea is executive director of the Texas Brazos Trail Region, and serves as Mayor Pro Tem, District 1, for the City of Waco.