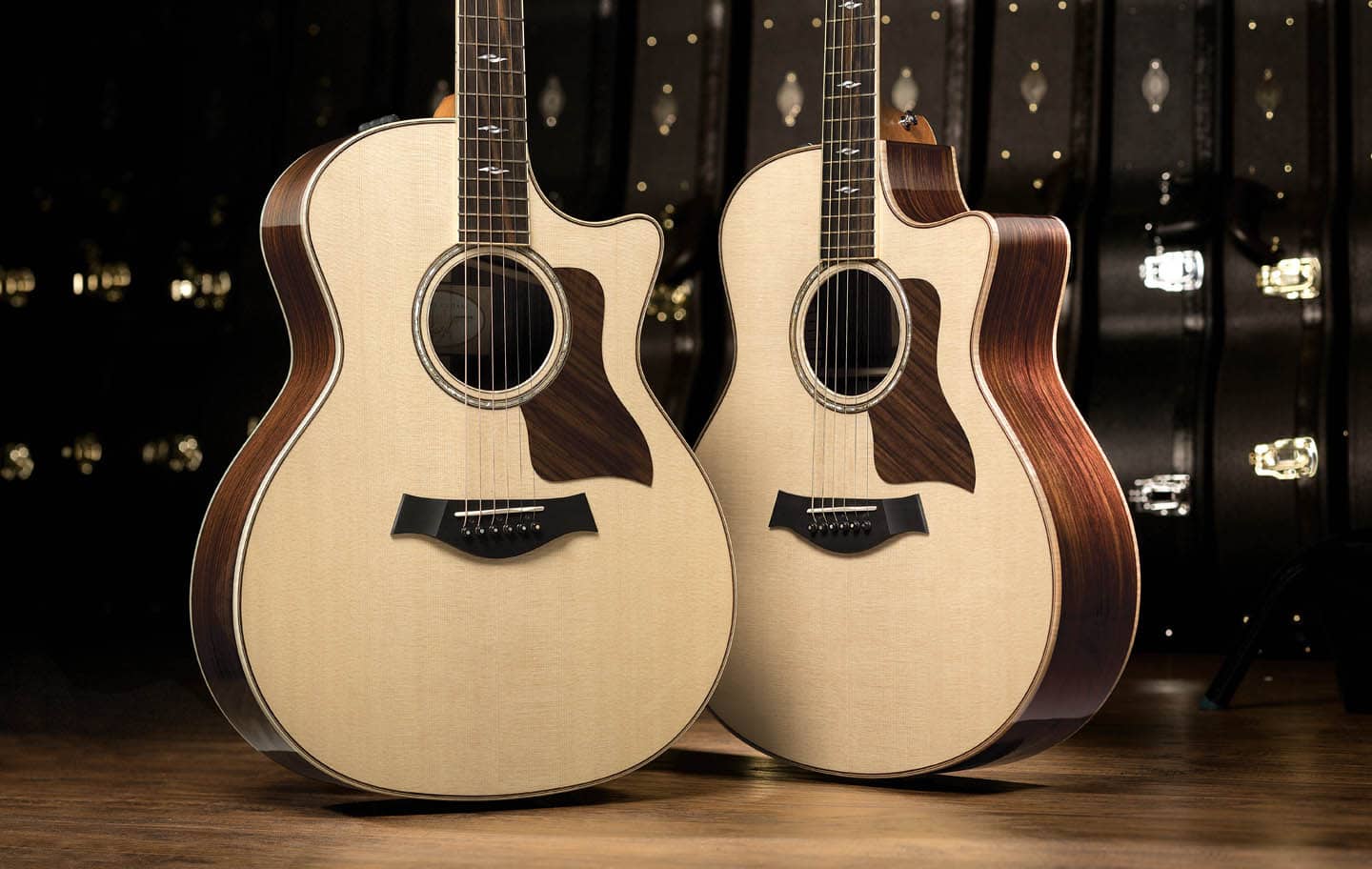 If American vernacular music has an archetypal instrument, it’s certainly the guitar, and there’s no doubt Texas has produced some of the most important guitarists in music history — so important that even their guitars are icons.

The guitar is an instrument that knows no stylistic boundaries, serving as a symbol of Texas’ colorful musical culture. Whether it be country, blues, Western swing, rock, Tejano or any other type of music produced here, one can often hear the euphonious strumming of the guitar in the background.

There are varying theories regarding the origin of the guitar. With its history spanning thousands of years, it’s difficult to pinpoint when and where the instrument first appeared. But the name for guitar in English, French and German comes from the medieval Spanish “guitarra.” About 1850, Spanish guitar maker Antonio Torres Jurado altered the centuries-old instrument by adjusting its proportions, increasing the body size and introducing the top bracing pattern, ultimately forming the basic structure that serves as the standard, modern-day guitar.

By the 20th century, improved guitar-making techniques allowed manufacturers like Martin (founded 1833) and Gibson (founded 1894) to offer steel-string guitars. When played with picks, this allowed a much brighter, louder sound and let the guitar hold its own in a string band, at a square dance and as a solo instrument in its own right. It was about this time that the singer Lead Belly, who was raised in Bowie County, discovered an inexpensive Stella 12-string that had steel strings and was as loud as a piano. Soon mail-order catalogue stores like Wards and Sears were adding inexpensive guitars to their catalogues. Sears’ models ranged from $2.70 to $10.30, and one inventory in 1900 reported that over 78,000 guitars had been manufactured that year. Throughout the1920s, American musicians set about inventing new ways to tune and note these instruments.

Along the Texas-Mexico border, another type of guitar called the bajo sexto emerged as a central instrument in popular conjunto string bands. Looking like a cross between a standard guitar and a cello, the large bajo sexto featured twelve strings, most tuned an octave below standard guitar. This gave the player the chance to play bass and chord at the same time, and gave the music a propulsive bass sound. When combined with the button accordion, drums and possibly an electric bass, the bajo sexto became a crucial ingredient in the popular Tejano music of today.

Another major innovation was the amplification of the instrument. By 1946 engineer Paul Bigsby built the first solid-body electric guitar, and by 1948 the Fender Broadcaster went on sale to the general public. Among the early bluesmen to use this and its successor, the Telecaster, were T-Bone Walker, from Linden, Muddy Waters and B.B. King. Soon after came Buddy Holly and his Fender Stratocaster. With his band, the Crickets, Holly pioneered the two guitar, bass, drums and vocal format for rock bands that would be adopted by the British beat groups and is still in use today. He was the first high-profile rock-and-roller to adopt the Stratocaster as his guitar of choice.

Given the instrument’s rich Texas history, it’s no wonder that on June 19, 1997, Texas Gov. George W. Bush signed House Concurrent Resolution No. 23, declaring the guitar Texas’ official musical instrument. There are many symbols that tangibly represent the heritage of the Lone Star State, but the guitar was specifically chosen to denote the fact that “music is one of the most notable and appreciated” contributions that Texas has given to the world. The popularity of the instrument among musicians of all genres, the House Resolution notes, “identifies it as an ideal symbol of the depth and breadth of Texas music.”

Thomas Vanderzyde, a recent Southwestern University graduate with a degree in classical guitar performance, writes, produces and performs mostly rock and metal tracks. For the past 12 years he’s pursued his passion of playing the guitar but admittedly first became interested in the instrument, like so many young guitarists, “for all the wrong reasons.”

“Initially, the rock star lifestyle is what attracted me,” he notes. “But as the years progressed, I dove deeper and deeper down the rabbit hole of guitar music and fell in love with it for all the right reasons. I went from chasing the ‘bad boy’ image to forming my own identity. For me, the guitar is the way I express myself and find fulfillment in life.”

The guitar is a language of its own, and those who play it use it as a form of communication. “It takes years to be able to speak fluently,” Vanderzyde says, “and decades to really find your voice and have something to say.”

It’s remained one of the most popular instruments among professional musicians, as well as with aspiring musicians of all ages. It’s portable and relatively easy to learn. Although it takes years of training and practice to achieve the proficiency of a classical guitarist, the lead guitarist for a neighborhood garage band can coax a passable sound out of the guitar in a fairly short period of time. The beauty and simplicity of the guitar’s sound have continued to make the instrument popular with listeners as well.

Guitar music courses through the veins of many Texas tunesmiths, including “cowboys, sharecroppers, railroad workers, and migrant laborers who built Texas and opened the American West,” the House Resolution states. It can be used as a medium for self-expression, rebellion and as a way to represent our unique “Don’t Mess with Texas” state pride. With legendary players like Willie Nelson, Buddy Holly, Lydia Mendoza, Lead Belly, Stevie Ray Vaughan, Lightnin’ Hopkins and so many others hailing from the Lone Star State, the guitar was a natural fit to serve as the state’s official musical instrument.