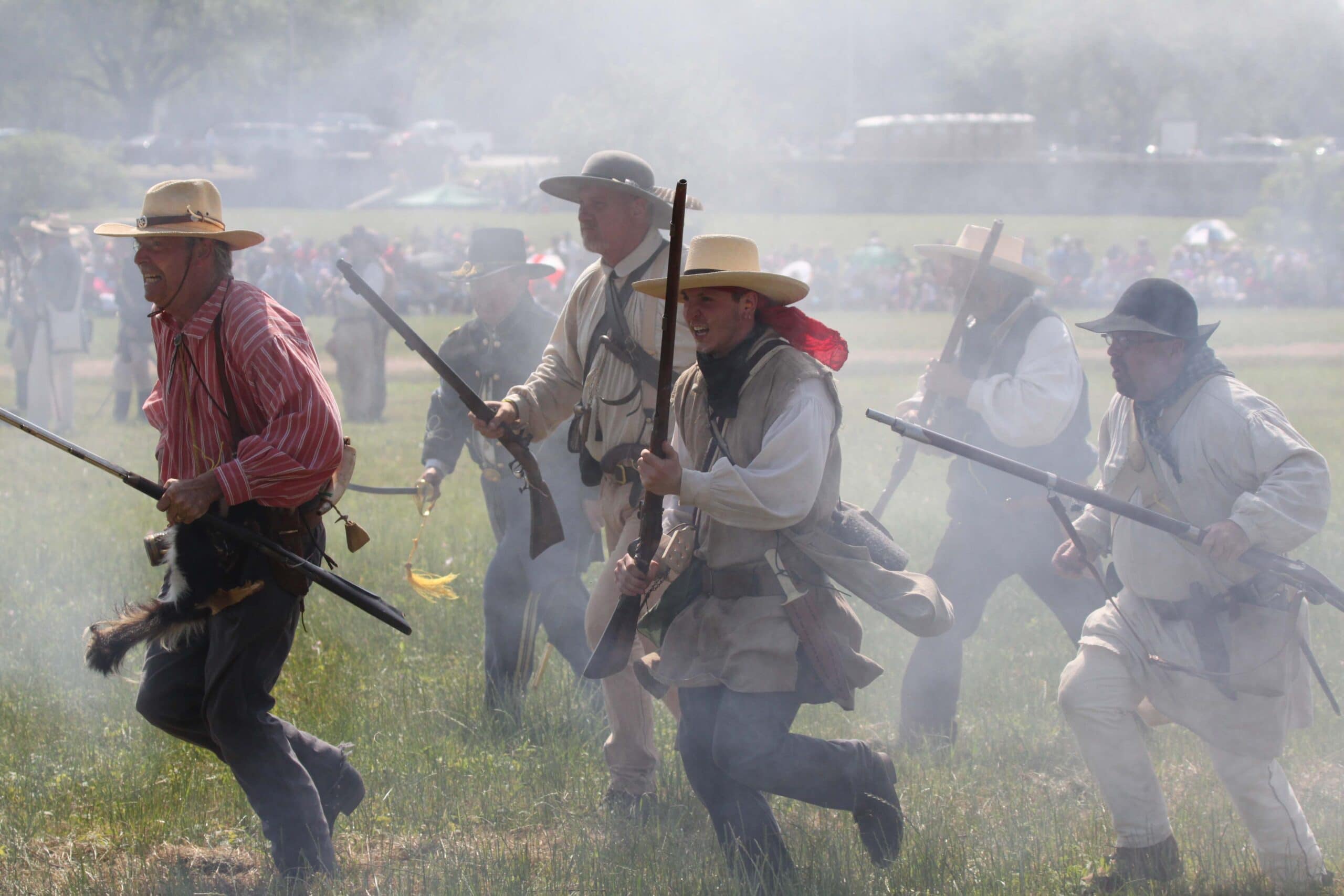 One for the Books

There is a huge struggle underway to create a space in the urban landscape of San Antonio to give the Alamo its due as the most famous and heroic battle site of the Texas-Mexican War. Although the battle was a tragic loss for the Texans, an argument can be made that they were ultimately victorious given that this shrine to Texas independence is surrounded (some say obscured) by the thriving city of San Antonio with its 1.5 million inhabitants.

A quite different setting can be experienced at San Jacinto, where the battle fought on April 21, 1836, ended the Texas Revolution. A 570-foot tall monument was built a century later to honor those who participated in the battle and all those who played a part in the war to win Texas independence. At the base of the monument is the San Jacinto Museum of History, and at its top, under the Iconic Texas Star, is an observation deck. The setting is a state historical park that includes the Battleship Texas and nature trails with excellent bird-watching opportunities. The communities most closely identified with this heritage resource are smaller cities: La Porte, Pasadena and Deer Park, “birthplace of Texas freedom.” The monument is visible from Interstate 10 — if you look closely.

According to Larry Spasic, president of the San Jacinto Museum, when people come to the monument, “They want to go to the top. It’s one of the best views in Texas. You can see the battlefield, the Battleship Texas, the [Houston] ship channel, the petrochemical industry, the restored marshlands, wildlife preserve … people come here for many different reasons.”

The setting of the San Jacinto Monument, with Houston clearly visible in the distance, might be a perfect counterpoint to the urban surroundings that dominate the Alamo. “More people come here because of the monument and the size of the building and what it represents,” Spasic explains. “When they get here, they’re surprised by the scope and depth of our collections.”

Spasic hopes visitors can see a straight line from the natural beauty of the park, the site of the battle during which brave men fought for freedom and opportunity, and the industry that surrounds the park. “The people who immigrated here wanted a new life, a new start and a new beginning,” Spasic says, “and they were willing to work hard for it and make sacrifices.”

Current generations enjoy opportunities thanks to the entrepreneurial spirit and hard work of those who created the local industries that continue to employ thousands of men and women.

The museum has one of the most outstanding Texas history collections, enabling visitors to experience permanent exhibits featuring the heroes who created Texas, such as Stephen F. Austin, Sam Houston, Lorenzo de Zavala and Mirabeau B. Lamar.

But the museum collections and exhibits are also reflective of the foundational Hispanic cultural heritage of Texans with significant pte-Columbian collections. The film Texas Forever! The Battle of San Jacinto shows hourly in the Jesse H. Jones Theatre, providing a fascinating look at the battle itself.

Also on exhibit through 2019 is Big Energy: A Texas Tale of People Powering Progress. It’s the story of the Shell Oil Company, which has grown and thrived alongside its host communities.