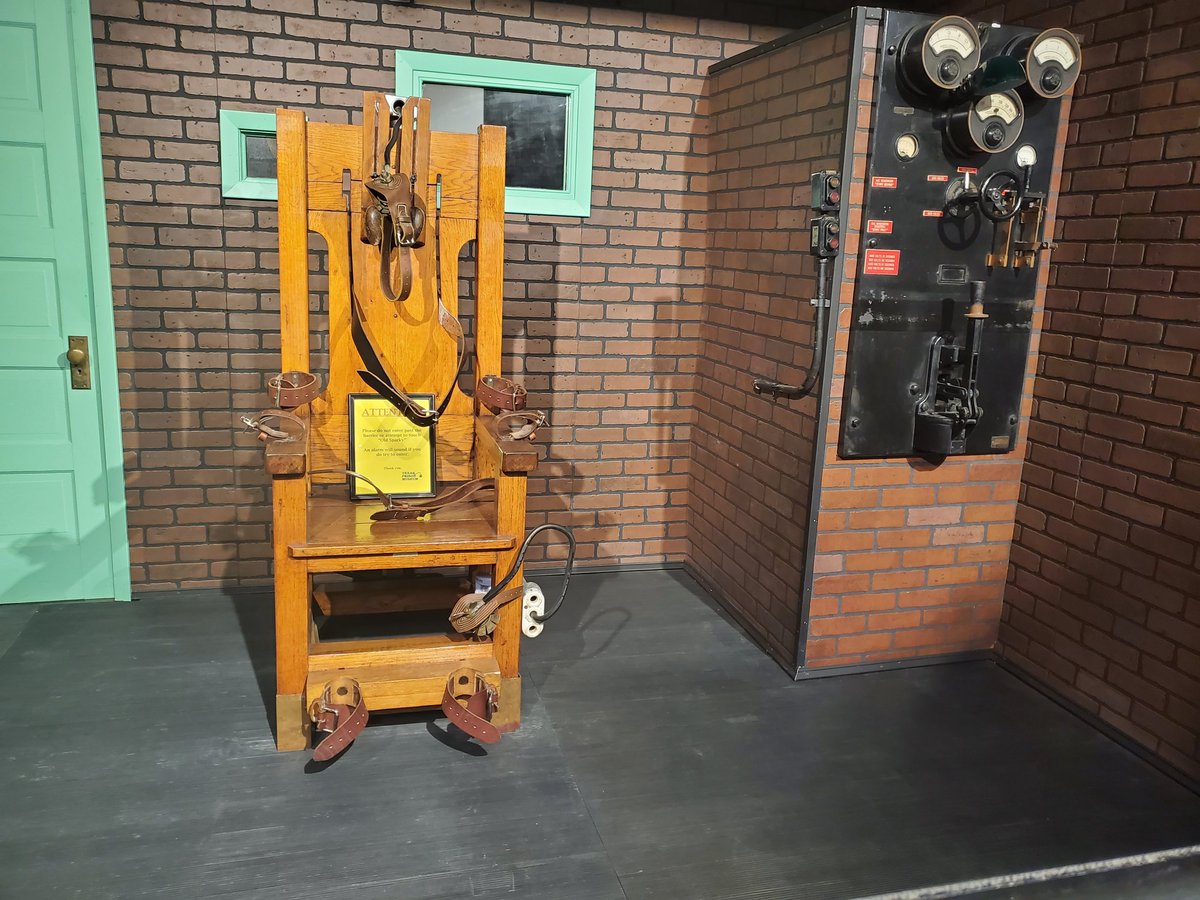 Eyes wide open, Steve Schwartz takes a long look at “Old Sparky” and reads about “riding the thunderbolt.” “This is crazy,” Schwartz said with excitement. “That’s the electric chair the state of Texas used for more than 300 executions.”

That’s right. “Old Sparky,” which earned its nickname from inmates nearly 100 years ago, sits in a prominent place in the newly renovated Texas Prison Museum. The chair which electrocuted 361 men from 1924 to 1964 has a new home in Huntsville where visitors from all over the world can see it, learn the history of the death penalty in Texas and find out what has actually happened inside Lone Star State prisons.

That’s the number one goal for the folks in charge of the Texas Prison Museum. They want people to hear true stories — facts, not fiction — about life (and death) inside Texas prisons.

“We want to make sure people know our history, and a lot of our history is not pretty,” said David Stacks, a former warden who is now the director of the Texas Prison Museum. “We don’t want to change history and we aren’t going to sugar-coat it.”

True stories of Bonnie and Clyde come alive inside the Huntsville Museum, which attracted more than 35,000 guests from around the world in 2019. Visitors can read about the Barrow gang’s breakout from the Eastham Prison, plus the subsequent deaths of Bonnie and Clyde at the hands of former Texas Ranger Frank Hamer.

Guests also can go back in time to the Carrasco siege at the “Walls” Unit in Huntsville in the summer of 1974. Using smuggled pistols and ammunition, Federico “Fred” Carrasco and two other inmates took 11 prison workers and four inmates hostage in the prison library.

Following a grueling 11-day standoff, Carrasco and the other convicts tried to escape by moving out of the library toward a waiting vehicle. The trio of inmates and four hostages surrounded themselves with a makeshift shield consisting of legal books taped to mobile blackboards that was later dubbed the “Trojan Taco” by members of the press who were covering the event.

Acting on a prearranged plan, prison guards and Texas Rangers blasted the group with fire hoses. However, a rupture in the hose gave the convicts time to fatally shoot the two women hostages who had volunteered to join the convicts in the armored car. When prison officials returned fire, Carrasco committed suicide and one of his two accomplices was killed.

From dangerous weapons created by inmates from contraband to fine furniture crafted by Texas offenders are all on display here.

Visitors can go inside a life-sized prison cell and learn all about the Texas Prison Rodeo. There are photos and stories of the famous, and infamous, inmates who have spent time in Texas prisons. The powerful work of photographer Barbara Sloan is also prominently displayed. For years, Sloan documented with pictures the victims of violent crime and the families of death row inmates.

“One thing people will learn is there’s a lot of distorted history out there,” Stacks said. “We tell the true history; we tell the facts. For instance, people have always said that when there was an electrocution years ago, the lights would dim in Huntsville. That’s not true … Hollywood also made Bonnie and Clyde out to be good people. They were not good people.”

“Our museum sets the record straight. The Texas Prison Museum is really an interesting place.”

As one of the oldest towns in Texas, Huntsville boasts today of historic museums, arts and culture, outdoor activities and a Main Street downtown. Located in the East Texas Piney Woods between Houston and Dallas on Interstate 45, Huntsville is proud to be the Walker County seat and home to Sam Houston State University, the Texas Department of Criminal Justice and Huntsville State Park.

The city was founded in 1835 as an Indian trading post by Pleasant and Ephraim Gray and was named for the Gray family’s former home of Huntsville, Alabama. Just a few years later, Huntsville was home to many influential and prominent early Texians, including Sam Houston. The Sam Houston Memorial Museum is located on 15 acres of the Houston family’s original homestead and celebrates the life of General Sam Houston. The final resting place for Houston is at the historic Oakwood Cemetery. A colossal statue of Sam Houston is visible from the south for six and a half miles to travelers on Interstate 45; standing at 77 feet, it is known as the world’s largest statue of an American Hero. Pull in and pay tribute and then spend some time exploring Huntsville.