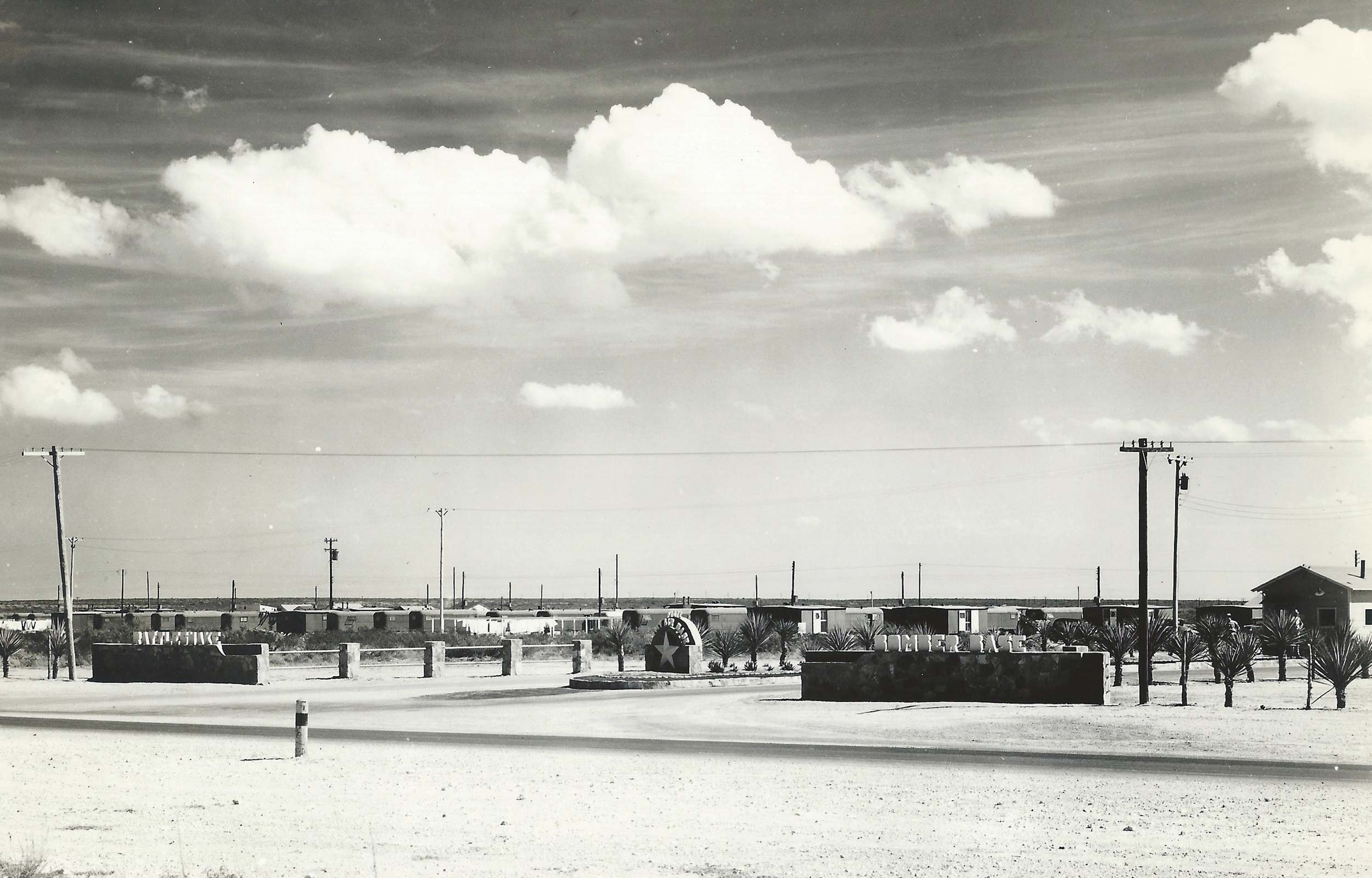 In flat, arid West Texas, the land seems to go on forever, and to the traveler the destination might always seem just out of reach. But seventy-five years ago, in a world at war, that desert landscape was just what the American military required for training, logistics, and bases of operations. While it’s hard today to grasp what life and work were like on those military bases, today seven World War II museums of West Texas provide fascinating glimpses into the past—a trip back in time for visitors.

The Rattlesnake Bomber Base Museum of Ward County—so named for the diamondback rattler common to the area—was originally located in tiny Pyote but is now relocated to the larger city of Monahans. Home to thousands of men of the Army Air Base as well as the 19th Bombardier Group responsible for training on B-17 planes, the base was closed in the 1960s. The museum proudly displays photos, artifacts and uniforms that honor the soldiers who trained there.

Fifty miles east is the Midland Army Airfield Museum, on the site of the privately owned Sloan Field, that boasted a flying school in 1927 but was renamed Midland Army Airfield when pressed into military duty in 1942. MAF welcomed its first cadets for precision bombardier training using the Norden Bombsight, a game-changer in the accuracy of Allied missions. A few planes displayed are the Beech C-45, the T-28 Trojan, and a Japanese aircraft replica.

Pyote’s base was not the only one to train bombardiers, as Hangar 25 in Big Spring also prepared soldiers for this job. Set in this authentic hangar are World War II memorabilia from Webb Air Force Base—including a restored B-52 cockpit that visitors may climb into. Established in 1942, the base was set up to train over 10,000 bomber pilots and crew. Today, Hangar 25 promotes a Veteran of the Month to share the stories of their training and service.

If your interest lies with the women of World War II, then the National WASP World War II Museum in Sweetwater should pique your curiosity. The Women Airforce Service Pilots program was developed to train female pilots who already had licenses to fly planes on support missions such as target banner practice and aircraft delivery. Over 1,100 female pilots stepped up to answer the call, freeing male pilots for combat duty. Sweetwater’s own Avenger Field was home and training site to the only all-female training base in the United States.

The 12th Armored Division Memorial Museum of Abilene was home to the Hellcats, nicknamed for their fearsome fighting and responsible for the capture of over 70,000 German soldiers. The Hellcats’ efforts were significant in liberating Nazi death camps. Among these soldiers was Staff Sergeant Edward A. Carter, Jr., awarded the Distinguished Service Cross for such heroics. The 12th Armored Division was activated in September 1942, training soldiers in tanks, field artillery, and motorized infantry battalion. Today, this museum is dedicated to the education and preservation of this great unit’s rich history.

Lending insight into the Air Force’s Glider Pilots Program is the Silent Wings Museum of Lubbock, where pilots trained at the South Plains Army Airfield. Beginning in 1941, these soldiers’ mission was to deliver military equipment into combat zones without detection. Some of the bravest pilots of their time were enrolled in the glider program—not only were they not allotted personal parachutes, the gliders were not equipped with motors. This museum has made it their mission to give voice to the Silent Wings.

At the Texas Air & Space Museum of Amarillo, located between Rick Husband International Airport and a major Bell Helicopter facility, the motto is “Aviators of the past remembered, aviators of the future inspired.” This museum tells the story of Amarillo Army Airfield, featuring artifacts from the 1942 maintenance training on B-17 aircraft, specifically the Flying Fortress. Student soldiers were trained in a 76-day course with class sessions around the clock in hydraulic systems, electric systems, and aircraft engines. As training ended, the base closed in 1946; today, the large hangar provides indoor display space for numerous restored aircraft and a magnificent view of the flight line.

Each of the West Texas World War II Museums has its own unique style in retelling the stories of the era and displays distinctive artifacts that span different communities of the Texas Heritage Trail Regions from the Permian Basin to the Panhandle. But all work together to weave the inspiring story of World War II and its impact on the West Texas way of life.