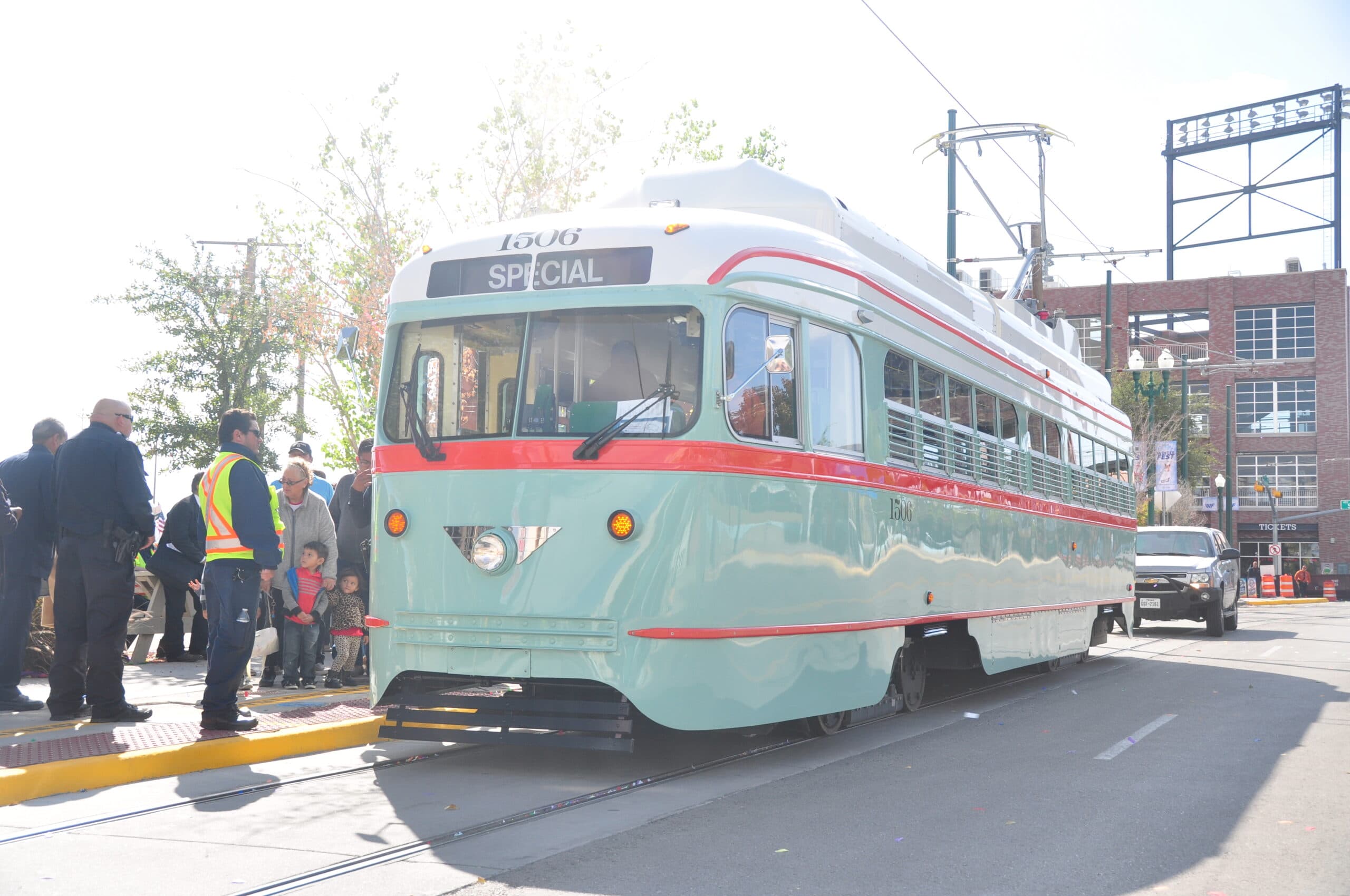 On March 19, 2018, accompanied by police escort, an old friend returned to El Paso after a nearly 2,000-mile journey on the flatbed of an 18-wheeler. It was the #1506, a streetcar built in 1937 but now fully restored and decked out in Art Deco mint green car, headed to a storage facility to await its time on the rails — for the first time in 40 years. Five other streetcars would soon follow, in equally beautiful vintage colors.

Streetcars are an interesting part of El Paso’s history. The first form of public transportation in the city was a mule cart that moved passengers around the downtown area and ran internationally to and from Juarez, Mexico. It was a safe and easy way for people to cross the border. As El Paso grew, a more modern public transportation system was needed.

In 1902 a small street car was introduced, and by 1907 the President’s Conference Committee (PCC) streetcars were operated by the El Paso City Lines Company. By the end of World War II, the original streetcars were pretty banged up and in bad shape, so El Paso took advantage of an opportunity. In 1950, the city of San Diego was discontinuing its lines, and El Paso was able to pick up 17 cars, which were modified and served El Pasoans until 1974. At one time, there were 63 miles of lines.

The streetcar lines still ran internationally, into Ciudad Juárez. As more and more people from Mexico came into downtown El Paso to shop, Juárez shop owners expressed concern; many claimed it was too easy for the Mexican Nationals to cross the border.

In 1974 the Juárez Chamber of Commerce asked for the tracks to be removed, and, at some point, a group of people with jackhammers came in the middle of the night and destroyed the tracks on the Juárez side. Since the line that went throughout El Paso was broken, the system was ended, and the streetcars were stored away.

In recent years, a streetcar revival of sorts has occurred in part of the nation. Since El Paso’s streetcars were stored in the dry desert, they were in great shape, and a group of preservationists took the lead in getting the cars restored and back on lines. They were first transported to Brookville Equipment Corporation in Pennsylvania for servicing and restoration, then returned to service in November 2018.

Nearly five miles of track were constructed with 27 stops, with two loops that serve the uptown and downtown area. “Both loops,” reports Sun Metro, “interconnect an international bridge, an array of businesses and restaurants, a baseball park, government buildings, historic neighborhoods, hospitals and higher education institutions like the University of Texas at El Paso.”

Now, six streetcars run in El Paso, and although they’re the same streetcars built in 1937 (the oldest PCC cars in service) and served El Paso in the ’50s, ’60s and ’70s, they now have air-conditioning, free WiFi, bike racks and ADA accessibility.

Next time you’re in El Paso, take a ride on the trolley!