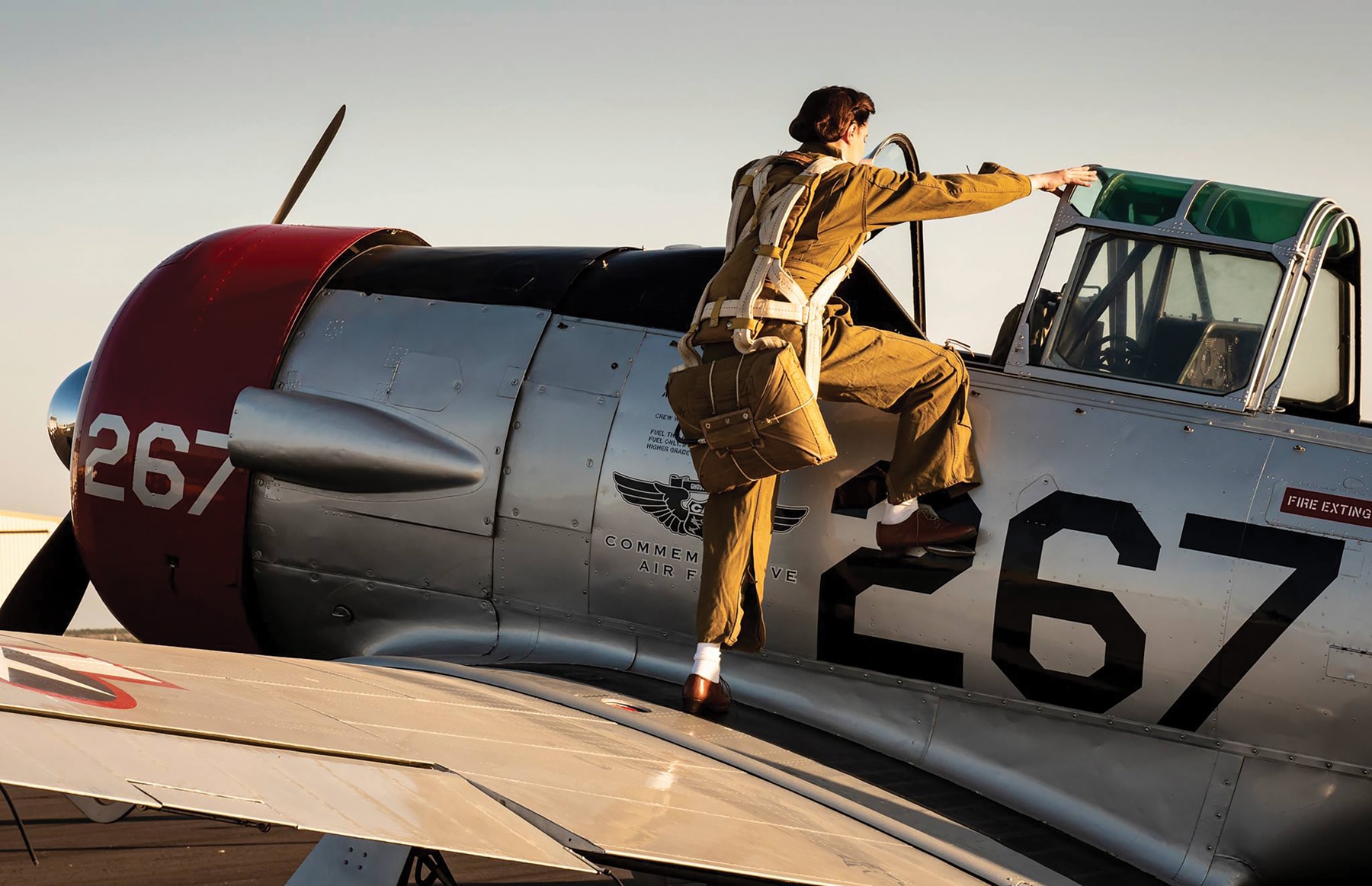 Calvary in the Hill Country

It’s one thing to read history in a book. It’s another to watch it play out before our eyes. Thousands of people from across the globe are preserving airplanes in order to protect our stories.

The Commemorative Air Force (CAF), founded in Texas and now headquartered in Dallas, acquires, restores, and conserves a collection of combat aircraft to safeguard the heritage of American military aviation. In 1989, the CAF became the official air force of Texas, and today comprises one of the largest private collections of flight-worthy historic aircraft in the world. The 174 aircraft currently in its fleet—known as the “CAF Ghost Squadron”—fly in air shows and events across the country to educate the public about the men and women who have flown and fought for America’s freedom. Around half of the CAF’s aircraft are located in the Lone Star State, further evidence that Texans care about preserving their history.

“We maintain this collection because we believe that they are a way to tell a story after our World War II veterans are all gone,” says Leah Block, vice president of marketing for the CAF. “They are magnificent examples of the American spirit—from the ingenuity of the engineering, to the need for everyone to come together to build the aircraft, to the brave soldiers who fought for freedom.”

The CAF was founded by Lloyd Nolen in Mercedes, Texas. Nolen developed a love for flying at an early age. He soloed his first flight at age 16, in 1939. The following year he received his private pilot’s license. He badly wanted to join the U.S. Army Air Corps as a flight cadet but was turned away due to his poor eyesight. Instead, he became a flight instructor, training hundreds of WWII pilots. After the war, Nolen moved to the Rio Grande Valley, where he could fly planes as a crop duster year-round.

In 1957, Nolen pooled resources with a group of local ex-service pilots to purchase a P-51 Mustang—“Red Nose,” as they called it. This plane became the first in CAF’s collection and officially launched the organization. Their collection began to grow, and when they realized that the majority of the nearly 300,000 aircraft that America had produced for World War II had been destroyed, they set out on a mission to curate a complete collection of combat aircraft that could be flown together to tell the story of the war. Nolen passed away in 1991, but his legacy lives on, as do the many planes preserved by the CAF.

That initial small group has grown to 12,000 members spread across all 50 states in the U.S. as well as 28 foreign countries. Around a quarter of the CAF members live in Texas, more than any other state. Anyone interested in supporting the CAF’s mission is welcomed to become a member.

The headquarters of the organization moved from Mercedes to Harlingen in 1968, to Midland in 1991, and then to Dallas in 2015. The CAF was originally called the Confederate Air Force, but in 2002 the members voted to change the name to Commemorative Air Force.

CAF members have formed “units” across the globe, grouping together to network with others interested in the cause and caring for the vintage aircraft operated by the organization. There are currently eighteen units in Texas, fifteen of which host events or have museums that are open for the public to visit. Major CAF air shows in Texas include CAF Wings Over Houston (October), CAF Wings Over Dallas (October), CAF AIRSHO in Midland (September), Corsicana Airshow (September), and the Bluebonnet Airshow in Burnet (September). Several CAF aircraft give rides to the public through the organization’s Living History Flight Experience program throughout the year.

CAF volunteer Elaine Webb serves as curator and education officer for the DFW Wing and historian for the WASP Squadron. She developed an interest in airplanes at age 5, when a crop duster landed in her family’s cotton field to refill his hopper. She later became acquainted with the CAF while visiting her parents in Harlingen in 1981.

“The aircraft of WWII tell a remarkable story of enterprise, dedication, and patriotism,” Webb says. “The achievements of yesterday—as well as the sacrifices—can inspire us today and remind us that we do amazing things when we all work together for a common goal.”