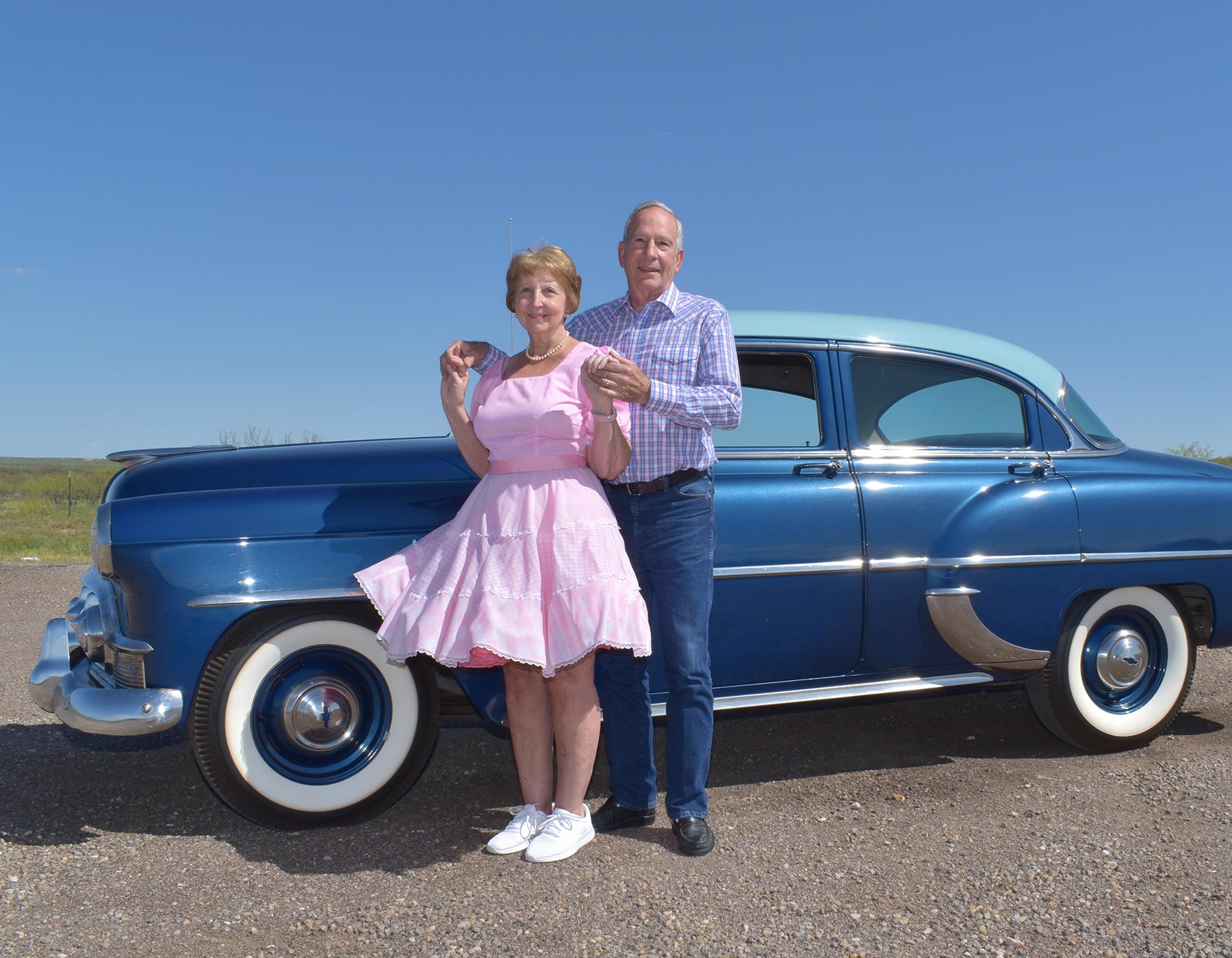 Think back to elementary school. The prospect of gym class may have had you thinking of dodgeball, basketball, or climbing that rope all the way to the ceiling. The last thing on your mind was dancing – especially square dancing. But there was your physical education teacher saying you were going to try something new. You were skeptical as you were placed in a square, standing right next to a girl – a GIRL! Once in a while you even held hands or touched.

The guys squirmed and the girls giggled as the teacher tried to explain do-si-do, allemande right, promenade, and swing your partner. It had you and all your classmates worried about the classic boy/girl contagion of the ages, COOTIES!

We survived cooties, though, and found that holding hands was kind of nice.

Before the coronavirus pandemic, you could find a square dance club getting together on any night of the week, except Sunday, all across the state. In Amarillo, for example, the Danc’n Center close to downtown hosts clubs Monday through Saturday.  A caller leads the couples through a variety of distinct patterns.

Square dancing’s close relative, line dancing – think Cotton-Eyed Joe –  involves memorized kicks and steps. But with over 70 different calls in the mainstream level of square dancing, you never know where a caller will lead you. That gives square dance a mental aspect, too. “Something that keeps you sharp,” says longtime caller Jimmy Gouge.

Making a mistake, though, is never a big deal as Charles and Ellen Spoon of Lubbock, dancers since the 1960s, discovered.

“When folks make a mistake, we don’t laugh at them, we laugh with them,” Ellen says.

Square dancing traces its history to the 1600s as a popular style of dancing in Europe. It came across the Atlantic and as settlers moved west, made it to Texas. Doyle figures the first square dance in the Lone Star State probably was performed in Stephen F. Austin’s original colony to celebrate a barn raising or a wedding or just surviving another year in their new home. Dancing was one thing people could bring with them that didn’t take up any valuable space on a boat or in a wagon. It gave them a sense of belonging in a strange new wilderness. Square dancing has been here ever since, almost 200 years.

Whenever the twirling resumes and they have a green light to promenade left or right, you can bet that square dancers will be enthusiastic, friendly, and eager for the next dance.  The next Texas State Federation Square and Round Dance Festival will be in Tyler from June 10-13, 2021. The 70th National Square Dance Convention is in Jackson, MS, June 23-26, 2021.

Texas State Federation of Square and Round Dancers
squaredancetx.com/index.html

Interested in more do’s and don’ts for square dancing? Check out floridasquaredance.com/central/dos.html