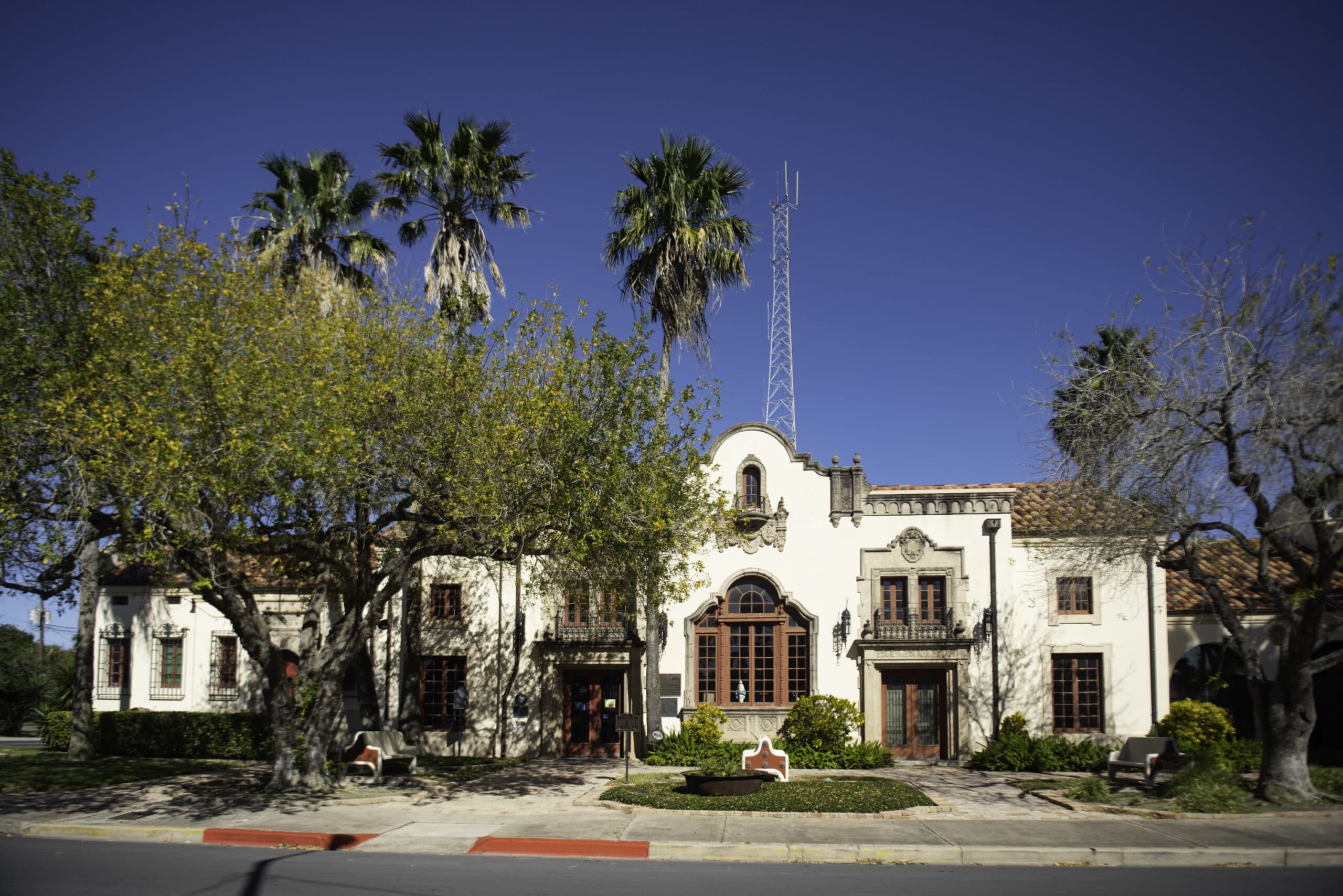 In 1870, capital stock was raised by visionaries including H.E. Woodhouse, Simon Celaya, Joseph Kleiber and others, and by 1871 a permanent organization was in place. Soon supplies for the 22.5 miles of narrow-gauge track and two small narrow-gauge engines from the Baldwin Locomotive Company of Philadelphia were en route. The unique 42-inch gauge engines were manufactured and shipped from Spain.

Connecting Brownsville and Point Isabel and Brazos Island was the objective. But finding the line between those two points would ultimately prove to be problematic given that the site was less than ideal. To add to the difficulty, the 1870 law had also placed a deadline on the project.

Construction of the track would begin in Point Isabel as supplies arrived. The Palo Alto prairie between Point Isabel and Brownsville was very flat, barely above sea level, and would include large areas of inland marsh. It was a route that turned out to be a costly one. With the anticipation of high water and weather events, trestles and wooden bridges made of mesquite were engineered. They were tested almost immediately as three hurricanes hit the area between 1873 and 1880. In the first eight years of operation, the RGRR sustained more than $83,000 in damages from storms.

One such storm found 14 empty box cars in the yard in Point Isabel. A dozen were overturned by high winds. By the next morning, the remaining two had been pushed along the 22.5-mile track and came to rest at the engine house in Brownsville.

But in the regular course of business, ships arrived at Brazos Island, where they were serviced by RGRR lighters. Cargo was offloaded and then carried to the RGRR wharfs in Point Isabel before being loaded onto flatcars and taken to Brownsville. The RGRR carried mail, hides and leather, flour, lumber, alcoholic beverages and sugar and a variety of other commodities, with an average of 10 cars per train. Passengers landing at Brazos Island could also take the one or more daily trains to the Brownsville RGRR depot.

Once the freight arrived in Brownsville, it was offloaded onto the Brownsville and Gulf Railroad, a narrow-gauge short line, its four flat cars and one boxcar pulled by two or three mules to the Rio Grande River landing.

RGRR’s Engine #1, nicknamed “the little engine that could,” served the line for nearly half a century. It was Texas’ best-known narrow-gauge locomotive. For decades after her retirement, it was moved from park to park on public display and in various degrees of disrepair. Today, it’s fully restored and retained in the Simon Celaya Railroad Museum on the grounds of the Brownsville Historic Museum. The museum is housed in the 1928 Southern Pacific Depot and offers an immersive historic railroad experience.