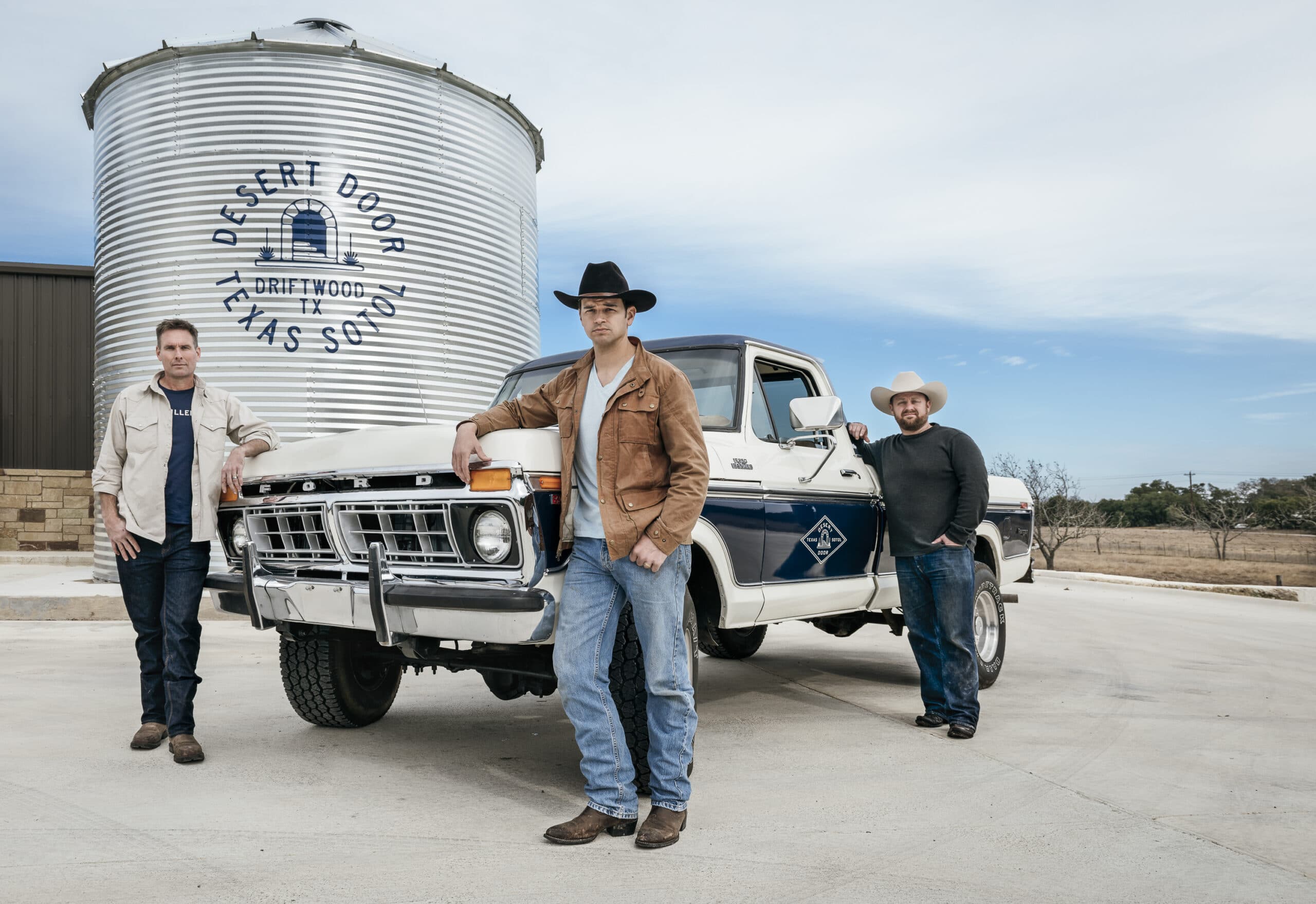 Thanks to three entrepreneurs, the first alcoholic beverage consumed in Texas – sotol – is making a comeback.

While driving in these parts, the observant traveler will spot prickly pear cactus, creosote bushes, ocotillo, agave and desert spoon also known as the Dasylirion Texanum (Texas sotol). The Texas sotol plant has a short and thick central stem base for its numerous long, thin, flat and light green leaves and grows a tall stalk with a white flower on top.

Throughout the Lower Trans-Pecos region and at Seminole Canyon State Park and Historic Site there is archeological and historical evidence the sotol plant was used in the everyday lives of our predecessors. Sotols provided man with material for making sandals, mats, baskets, roofs, and food; during droughts it provided fodder for livestock. And man learned how to distill sotol to make alcohol.  As an alcohol of Native Americans, Sotol was sipped as early as 800 years ago and predates tequila and mescal.

According to an article by Clinton Lanier at barleycorndrinks.com, “The Spanish distilled the crude, fermented sotol beer into a spirit, and, eventually it became one of the most commonly consumed drinks in the country. . . Sotol was popular mostly along the US-Mexico border that shifted and changed over a few hundred years. It was especially treasured by cattle ranchers and vaqueros from southern California to the Texas panhandle.”

Sotol has been smuggled into the United States since before the days of Prohibition; the famed Mexican revolutionary leader Pancho Villa was known for running sotol across the border and had a “stash house” in El Paso. Today, sotol liquor is the state spirit of the Chihuahua, Durango and Coahuila states of Mexico.

About five years ago, these three veterans were taking a graduate class at the McCombs School of Business of The University of Texas at Austin. One of the class requirements was to create a new business venture. After throwing many ideas around, they stumbled upon the sotol plant which had a significant historical background but was not something familiar to many people. The trio started researching and learning about the sotol plant, its historic significance and how to distill it into a powerful Texas spirit.  Ultimately, they decided to build a distillery and leverage something that they hoped to be uniquely Texan.

The Desert Door Distillery became a reality on Veterans Day of 2017. Located in Driftwood, about 24 miles southwest of Austin, the distillery is a 10,000 square foot facility.  Expert-guided tastings are offered in the desert-modern tasting room along with comfy couches, live music and games.

Desert Door’s Texas Sotol is wild-harvested, distilled and bottled in house – which is something many alcohol companies cannot claim.

Most of the sotol plants harvested by Desert Door come from outside Sanderson in Terrell County.  At harvest time, the Desert Door team selectively collects only a few plants from each acre of land and the root systems are left intact so the plants can grow back. The leaves of the plant are trimmed, and the heart and base of the plants are transported to the distillery.

After arriving at the distillery, the sotol hearts are steamed in large pressure cookers which breaks down the plant’s carbohydrates into fermentable sugars. The juices are then pressed out and stored in tanks to ferment using a proprietary yeast. After all of this, the mash is distilled in a custom-built hybrid still. Upon completion of this process, the Texas sotol averages 155 proof. Desert Door than reconciles the sotol with water to either make it 80 proof and bottled, or 120 proof to be aged in oak barrels.

Hours: Open daily, except on Christmas and Thanksgiving days.

To guarantee entrance reserve passes online or call the customer service center at (512) 389-8900 before you visit. Busy Season is March, April and May

The Official “Peach Capital of Texas”