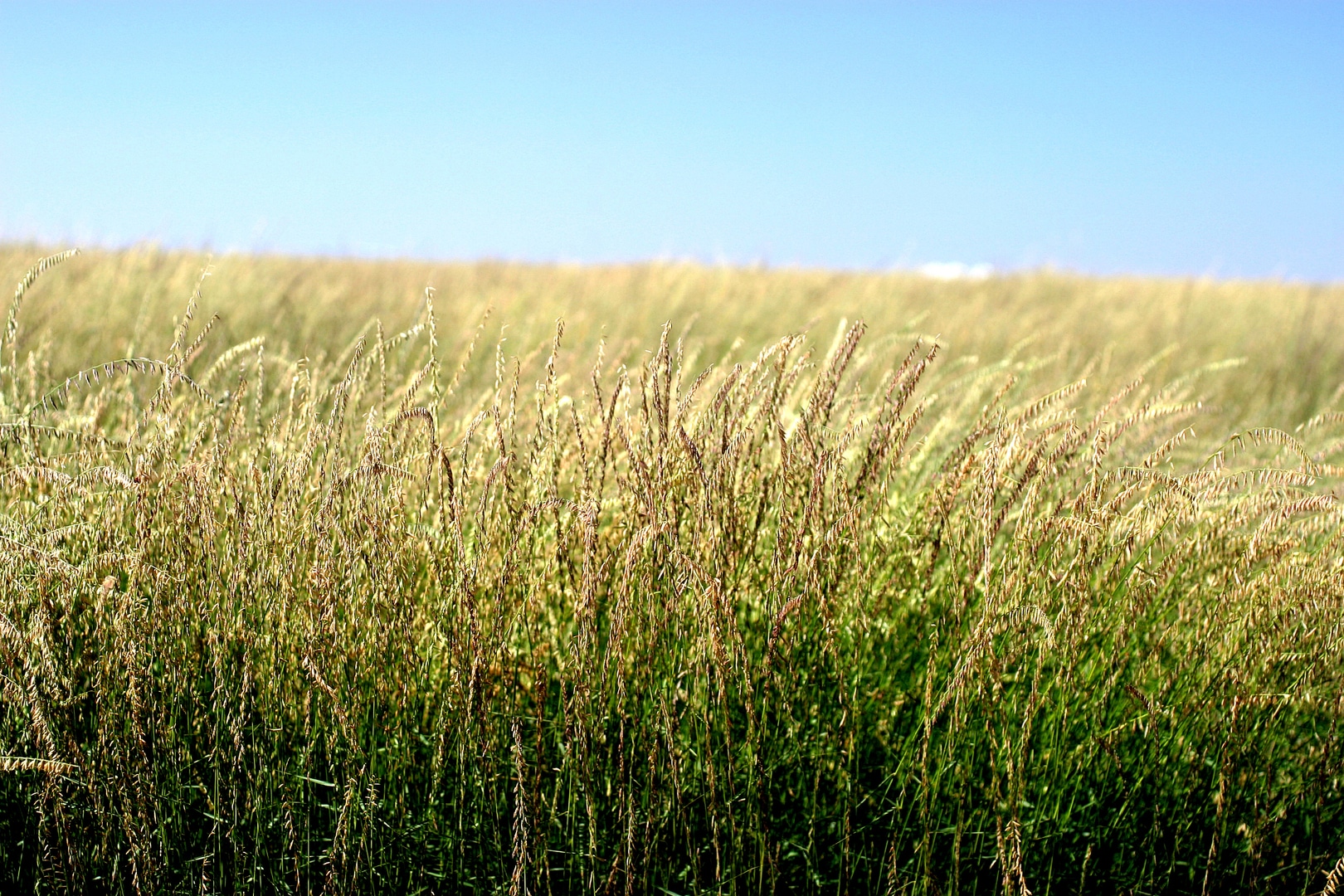 Texas was among the earliest of the nineteen states that have designated an official state grass.

Sideoats Grama, (Bouteloua curtipendula,) a native grass found on many different soils, was designated as the official state grass in 1971 upon request from the Texas Council of Chapters, Soil Conservation Society of America and the Texas Section, American Society of Range Management.

According to the U.S. Department of Agriculture, sideoats grama is one of the most important range grasses because it produces high quality, nutritious food for foraging livestock and wildlife. It has been instrumental in recovery of grasslands following droughts. It can be used for erosion control and to help stabilize embankments. Sideoats grama is drought and cold tolerant and thrives in full to partial sun.

The name “side-oats” refers to the small oat-like seeds that hang down uniformly on one side of the grass stem. The grass has a special grace and beauty when it blooms in early to mid-summer with orange and purple flowers.

For gardeners who prefer to use native plants in their landscaping, sideoats grama is a great choice.  This clump grass is a slow spreader and won’t dominate the landscape; it is attractive throughout the year. It is often used for ornamental planting and can be blended with other native grasses. Since the grass is short in the spring, it doesn’t compete with early blooming wildflowers.

Upon reading through the resolution proposing sideoats grama as the official grass of Texas, it is easy to see why this plant is appropriately recognized as one of the state’s natural treasures.

WHEREAS, Texas relies heavily upon the native grasses of the rangelands to sustain the livestock that has made ranching one of our State’s major industries; and

WHEREAS, Although there are many desirable forage species native to the State, one variety, sideoats grama, occurs on a greater diversity of soils than possibly any other grass; on rangelands of West Texas it is the backbone of the ranching industry; and

WHEREAS, This grass, with the botanical name bouteloua curtipendula (Michx.) Torr., is a perennial with long purplish spikes and is found in nearly all parts of the State, being especially abundant in areas including the Blackland Prairies, Cross Timbers, Edwards Plateau, Rolling Plains, High Plains, and Trans-Pecos; and

WHEREAS, Sideoats grama produces a high quality, nutritious forage which is relished by all classes of livestock and wildlife; it is one of the State’s most attractive grasses as well, with its brilliant orange anthers and the purple inflorescence it produces upon maturity; each spike turns to one side of the seed stalk at maturity, giving the grass its name of sideoats; and

WHEREAS, This grass is also favored because it is not only winter hardy but is highly drought resistant due to the fact that it is a long-lived perennial grass with rhizomes; in some years the grass produces two seed crops, and growth begins early in the spring and continues until early fall; and

WHEREAS, In addition to its use for forage, sideoats grama is being used extensively to reseed depleted grasslands, and it produces vigorous seedlings making it an excellent grass for all conservation purposes; it mixes well with other native grasses and is being used in this way more than any other grass; and

WHEREAS, The State of Texas has not officially designated a State grass and both the Texas Council of Chapters, Soil Conservation Society of America, and the Texas Section, American Society of Range Management, have requested that the 62nd Legislature officially name sideoats grama as the Texas State Grass; now, therefore, be it

RESOLVED, By the Senate of the State of Texas, the House of Representatives concurring, that sideoats grama, [bouteloua curtipendula (Michx.) Torr.] be and is hereby designated as the official State grass of Texas in accordance with the recommendations of the Texas Council of Chapters, Soil Conservation Society of America, and the Texas Section, American Society of Range Management.