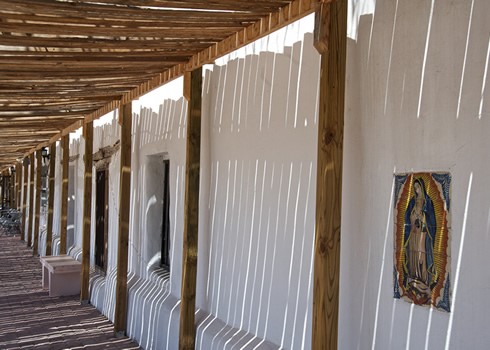 For thousands of years, man has been compacting dirt, water and other materials into shapes used to construct shelters and buildings.Typical of arid regions where timber and stone are scarce, Native Americans used the mud composite for construction in desert southwest regions of the state long before the word adobe, Spanish for mud brick, became part of the vernacular.

Popular in the construction of missions, fortresses, commercial buildings and dwellings, properly maintained adobe brick can survive centuries. Take the West Texas town of Marfa as an example. This artists’ community is an attractive destination for vacationers and retirees seeking the allure of the desert with a laid-back atmosphere.

The city is also home to one of the largest inventories of early adobe homes in the
state. In fact, adobe structures have become so trendy and in demand that city officials have established an appraisal category specifically for adobe.

Although more prevalent in the western parts of the state, adobe construction can be found all across Texas.

The following list recognizes some of these enduring structures.