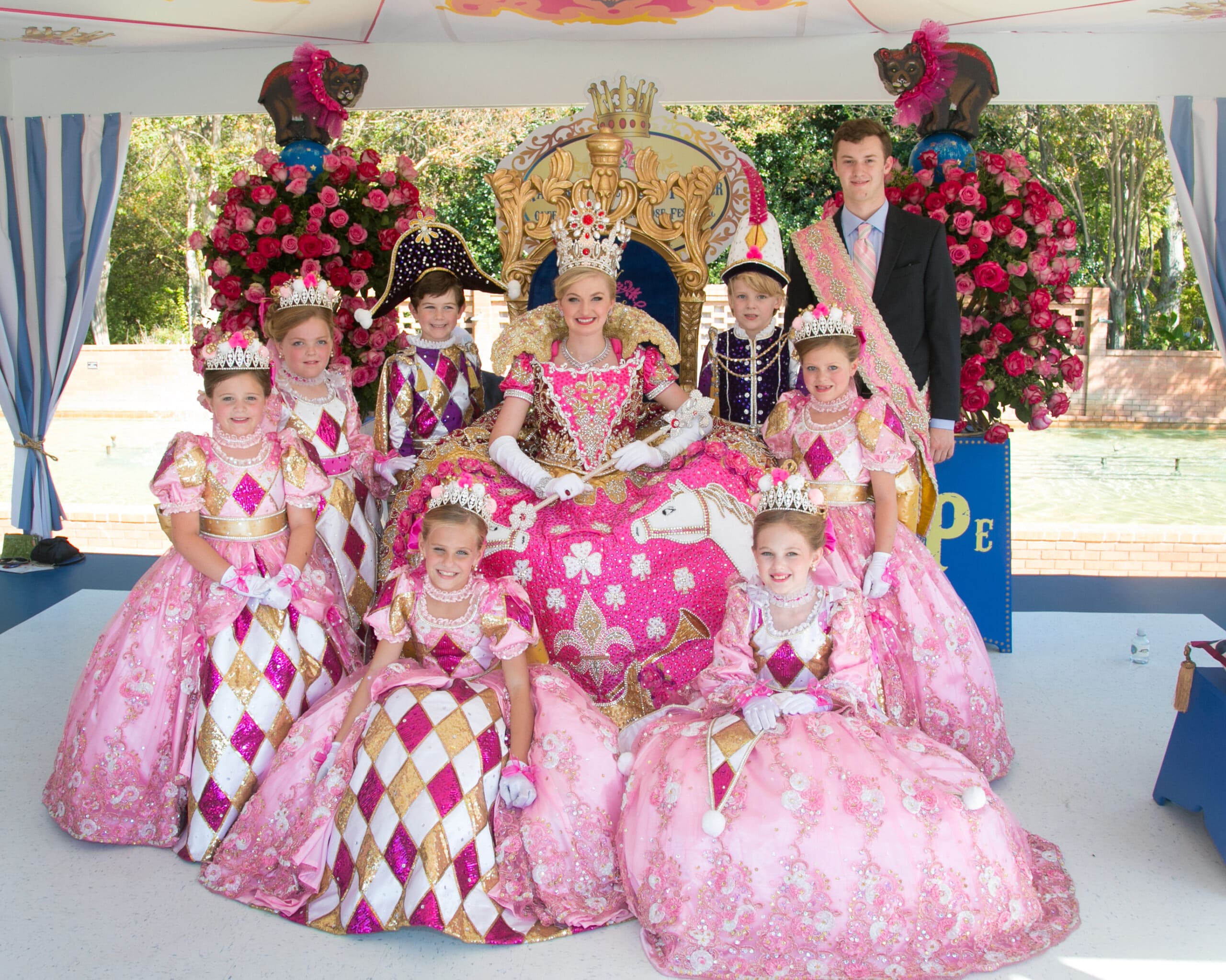 Tyler and roses are permanently linked in the minds of Texans. According to The Handbook of Texas (TSHA), the first recorded sale of rose plants in Tyler was in 1879. By the mid-20th century — at its peak — between 10 and 20 million plants were shipped annually by 200 nurserymen.

Although Tyler is no longer the center of the rose-growing industry, a handful of rose growers remain in Tyler, and it’s still one of the centers of the industry, with millions of plants processed for mass-market sale annually. Today, one-third of the world’s processing of rose bushes is done in Tyler.

The city has a unique infrastructure to support year-round interest in roses. Tyler’s 14-acre Municipal Rose Garden is the nation’s largest, and it includes 38,000 rose bushes and more than 600 varieties. It’s one of 24 All-American Rose Selection test gardens in the country.

The Texas Rose Festival has for 85 years been one of the highlights of Tyler’s fall season. “The Festival is one of the major community events along with the Azalea Trails and the East Texas State Fair,” says Liz Ballard, executive director of the Texas Rose Festival Association. “The Rose Festival in one week draws more than 100,000 people to all of the events. The parade, in particular, is huge — with live local television coverage reaching all the way down to Lufkin.”

The Festival is steeped in tradition with events including the Rose Show, a Queen’s Coronation, the Queen’s Tea and the Rose Parade. The Rose Show, this year under the theme “Rock the Rose,” is a display of more than 7,000 rose blooms.

he Coronation of a Queen is a theatrical event held at the University of Texas at Tyler’s Cowan Center. This year the Queen is Amanda Hiles, a student at Tyler Junior College who’s also a member of the Tyler Junior College Apache Belle Precision Dance Team. The Duchess is Ann Caswell Ferguson, and there’s a supporting court of Ladies-in-Waiting, all dressed in ornately designed dresses. Winn Morton has been designing the gowns since 1982. The combination of artistic talent and the skills of six different seamstresses results in dazzlingly high-quality couture. Other opportunities to meet the Rose Queen and her court in their full coronation costumes include the Queen’s Tea held at the Tyler Municipal Rose Garden.

Certainly, a Rose Festival highlight is the parade that includes more than 120 entries with custom floats for the Queen and her Court, color guards, bands, car clubs, dance teams and dignitaries.