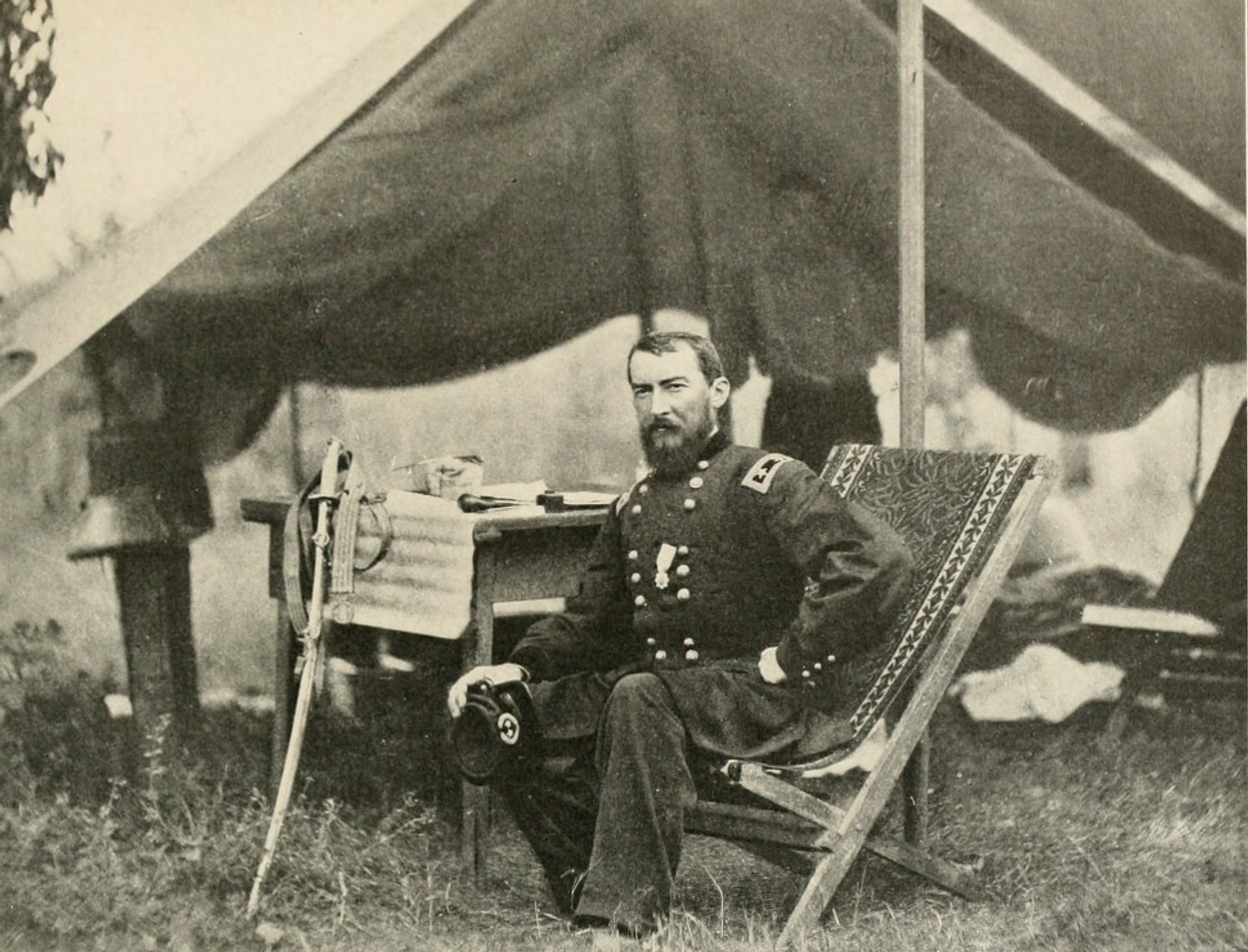 When the local weatherman reports that we’re due for a full week of above one hundred degee temps, I’m reminded of the quote by General Philip Henry Sheridan: “If I owned Texas and Hell, I would rent out Texas and live in Hell.”

Sheridan wasn’t a particularly popular individual and this remark certainly didn’t endear the general with the citizens of Texas. So, what do we know about the man and what’s behind that remark?

Philip Henry Sheridan was born in 1831 to Irish immigrant parents. Appointed to the U.S. Military Academy in 1848, he graduated in 1853 and was assigned to Fort Duncan at Eagle Pass, Texas. Sheridan served on the Rio Grande frontier for one year and was then transferred to the Pacific Northwest, where he served until the beginning of the Civil War.

Sheridan’s first meeting with the President left Mr. Lincoln unimpressed. He thought the short cavalry commander to be a “brown, chunky little chap, with a long body, short legs, not enough neck to hang him, and such long arms that if his ankles itch he can scratch them without stooping.”

During the Civil War, Sheridan rose through the ranks and became one of the top three northern heroes, along with Ulysses Grant and William Sherman. Only a lieutenant in 1861, Sheridan was promoted to major general in 1864. As commander of the cavalry corps of the Army of the Potomac, Sheridan was one of the first to use the “scorched earth” tactic and is credited with forcing the surrender of Robert E. Lee.

Certainly the most (inf)famous person who came along this way was Major General Philip Henry Sheridan, a squat-little thirty-four-year old, foul-mouthed Ohioan. He was supposed to have graduated from West Point in 1852, but he had been suspended for gross misconduct during his senior year and therefore did not graduate until 1853, when he ranked in the bottom third of his class.

Immediately after the end of the Civil War, Sheridan was once again assigned to Texas. Arriving in Texas with 50,000 soldiers, his troops quickly occupied Texas coastal cities, spread inland, and patrolled the U.S. – Mexico border.

Two years later (1867) Sheridan became commander of the Fifth Military District (Texas and Louisiana), with headquarters in New Orleans and instructions to assure implementation of  Reconstruction measures. Most drastically, Sheridan removed Texas Governor Throckmorton as an “impediment to the reconstruction of the State.”

A month later, Sheridan was moved to command the Department of the Missouri. From there, he directed the field forces led by Col Ranald MacKenzie in the Red River War.

Following Sherman, Sheridan became commanding general of the U.S. Army in 1883 and was promoted to full general in 1888. He died on August 5, 1888, while still on active duty.

General Sheridan freely admitted making the statement which first appeared in the March 31, 1866, edition of the Washington Evening Star of March 31, 1866. (Washington D.C.)

While speaking in Galveston in 1880, Sheridan offered an explanation which was covered in the local newspaper and later printed in the book “35,000 Days in Texas, A History of the Dallas News and its Forbears” by Sam Acheson.

“Speaking so kindly of Texas – and I speak from the heart – probably I ought to explain a remark I once made about it,” Sheridan told his audience. “It was in 1866, and I had just returned from San Antonio from a hard trip to Chihuahua on some Mexican business, when I received an order to proceed at once to New Orleans. I hired relays and coaches so that I had only to hitch on the wagon and go speedily to get the boat from Galveston.

“I traveled night and day. It was in August and, need I say, very warm. I arrived here covered in dust, my eyes and ears and throat filled with it. I went to a little hotel in that condition and had just gone up to the register when one of these newspapermen rushed up to me and said, ‘General, how do you like Texas?’ I was mad, and I said, ‘If I owned Texas and all hell, I would rent out Texas and live in hell.’ Needless to say, that did not represent my true opinion of this magnificent state.”

The explanation was apparently accepted as reports indicated the crowd roared with laughter and gave Sheridan a standing ovation.