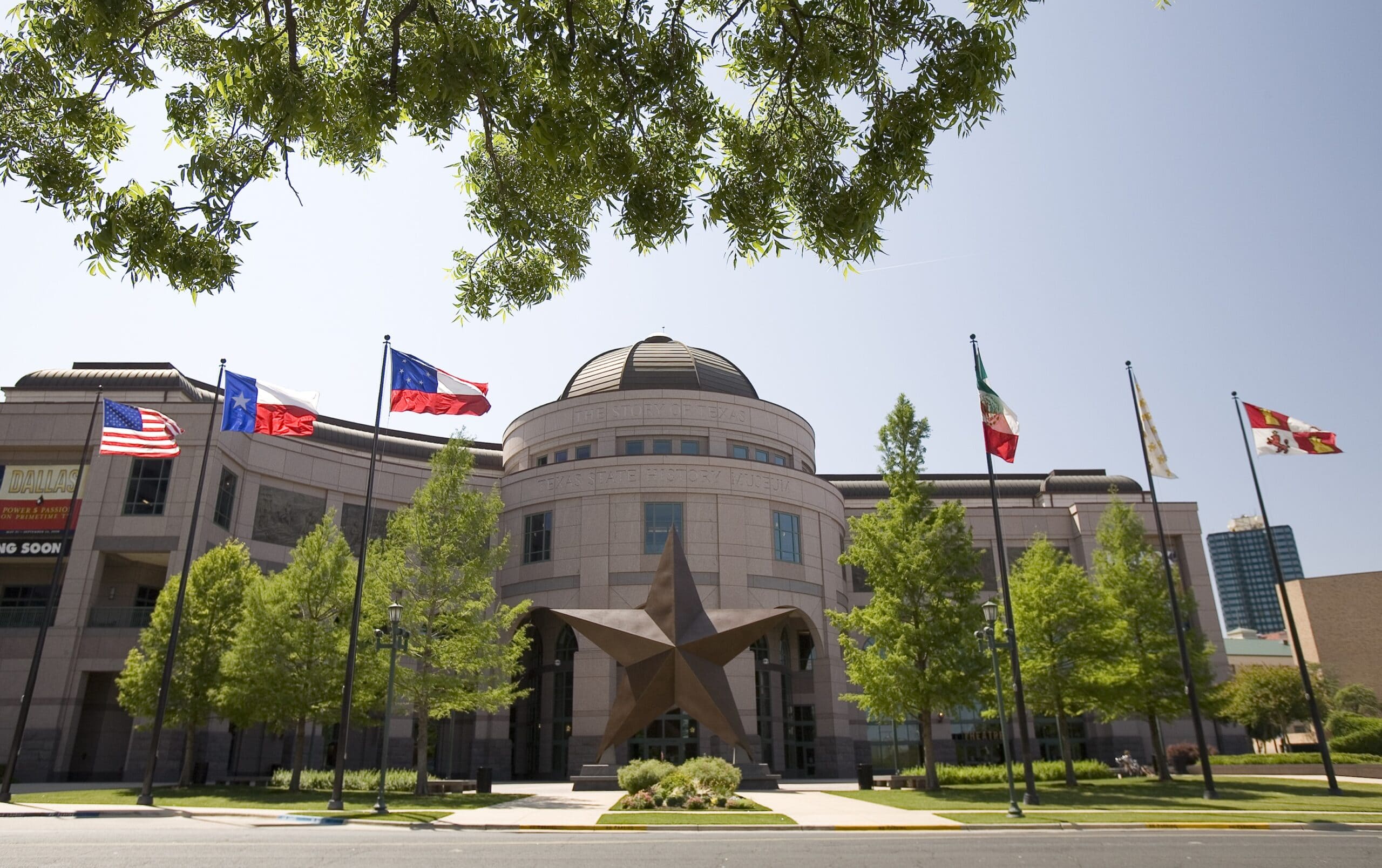 With nearly 50,000 students on a 357-acre campus, UT is a major entity in Austin. Locals and visitors benefit from the campus’ museums and research centers, showcasing Texas’ finest literary resources.

The publicly displayed artifacts are world-class attractions, including a Gutenberg Bible and a 1450 edition of Geoffrey Chaucer’s The Canterbury Tales. Other rare holdings at the Ransom Center include manuscripts from Ernest Hemingway, Mark Twain, and Walt Whitman, along with the complete working libraries of e. e. cummings and James Joyce. Visitors can also access archives of classic literary works like Infinite Jest by David Foster Wallace and A Streetcar Named Desire by Tennessee Williams.

Next door, documents of a different variety are housed at the LBJ Library and Museum, dedicated to America’s 36th president, a Texas Hill Country native. The facility occupies 14 acres on the UT campus and includes four floors’ worth of manuscripts, artifacts, and nearly 45 million documents. Visitors can stroll through a reproduction of President Johnson’s Oval Office into exhibits about Lady Bird Johnson’s life as first lady, including love letters from their courtship.

Next to the university campus is the Bullock Texas State History Museum, named after the heritage-minded state lieutenant governor. Permanent and temporary exhibits feature objects covering centuries’ worth of Texas history, including rare writings and artifacts.

About a mile south amidst high-rise buildings is a small house museum dedicated to William Sydney Porter, aka O. Henry. Between 1893 and 1895, O. Henry and his family occupied the home where he experienced “a series of major twists” that defined his distinguished literary career as a short story writer. He would go on to author acclaimed works such as The Gift of the Magi and The Ransom of Red Chief.

A literary tour of Austin would be incomplete without a visit to the city’s stunning new Central Library. Opened in 2017, the six-story architectural gem includes more than 351,000 items in its collection, along with reading porches, an art gallery, rooftop garden, and café. The library was named a finalist for the 2018 Public Library of the Year Award by the International Federation of Library Associations and Institutions.

Note: most UT services were temporarily closed as of this writing due to the coronavirus; contact each site about available online services.