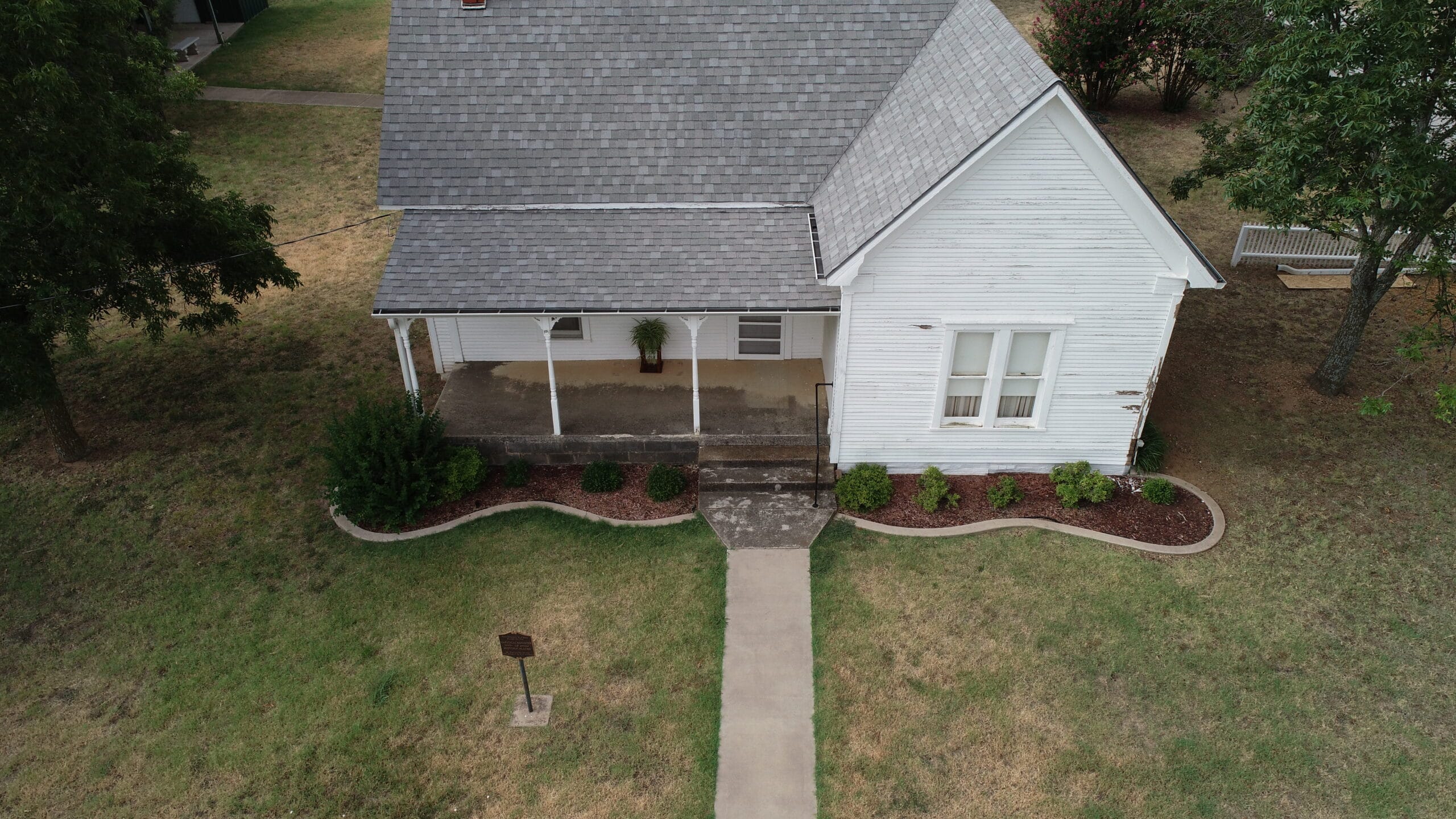 Pilgrimages. Throughout history people have traveled great distances to visit the places connected to the origins of their deep passions hoping to be transformed by the journey. They travel to visit the sites of their religious forefathers or to stand in the home of the founder of a nation or on a battlefield key to an epic tale. In literature, readers who become fanatics can find themselves traveling great distances to visit the places written about and also the places not mentioned but where an author was born, raised or wrote.

How is it that one small town with a (2010) population of 982 people could become a pilgrimage destination for being both the hometown to a 1930s pulp fiction author and also to the creator of one of the most popular computer games in history? The small central west Texas town of Cross Plains is an unexpected gem in Texas literary heritage forever connected to the golden age of pulp fiction and in particular to one well-known barbarian. Texas author Robert E. Howard might not be a household name in pop culture today but his best-known creation, Conan the (Cimmerian) Barbarian remains an icon known around the world.

On a hot Saturday in July, in the midst of a pandemic, two long-time road trip friends charted out a day starting in Abilene, going first to Cross Plains, then through Coleman, on to visit some buffalo at San Angelo State Park, returning through Bronte and Fort Chadbourne, one of our favorite historic sites. It would be an epic day, and a needed respite from quarantine and too many Zoom meetings.

As we drove into Cross Plains on Highway 36 from Abilene, we passed by the Robert E. Howard home without noticing it. Even with a distinctive white picket fence and several signs in the yard it easily blends into what is known as “the old town” neighborhood close to Turkey Creek. We realized we had passed it and decided to fire up a smart phone and use Google maps to find and direct us to the home. Little did we know at the time, two worlds had just collided in those actions.

The modest, white, wooden house was purchased in October 1919 by Dr. Isaac Howard for his family to live in and as his occasional doctor’s office, as was common in that time. His only son Robert was 13 years old and had already moved at least seven times in his life, but this would essentially be his last home (other than a time in Brownwood for schooling). He would take his own life by gunshot to the head while sitting in his car parked behind this house, just 17 years later.

The town today might seem at first an overly simple and nondescript place to inspire the bounding imagination of a young fiction reader, aspiring to become a writer, who would create many of his own fictional worlds. But the charming town we see today is a far cry from the bustling oil boom town of the early 1920s when a young Bob Howard was in his formative years. The rapidly growing town was filled with harsh men, and women of dubious character, each seeking to make a quick little fortune.

Robert E. Howard biographer Mark Finn, author of Blood and Thunder: The Life and Art of Robert E. Howard, weaves a compelling case that the key to understanding the literary works and characters of Howard is in understanding the people and places of Texas in this time period. “Story-telling, yarn-spinning, blanket-stretching, and telling ‘windies’ was, in the most desolate places of the frontier, welcome entertainment and highly valued. As the frontier became the open range, and then the oil fields, the stories dutifully changed to reflect the drives and aims of the tellers and the tellees. Cowboys became roughnecks with only a few alterations in costume and setting. The gist of the stories, however, remained unchanged.” Finn convincingly postulates that the primary worldview expressed in Howard’s work is the struggle between the civilized man and the barbarian, reflective of his own alienation growing up as a bookish boy surrounded by roughnecks filtering in to receive medical treatment for their wounds from Dr. Howard.

In the introduction to Blood and Thunder, Joe R. Lansdale states “Robert E. Howard is one of the most important writers ever to come out of Texas and deserves a place beside such valued writers as J. Frank Dobie and Fred Gipson of Old Yeller fame.” Howard achieved a modest level of success and fame during his lifetime but it wasn’t until years after his tragic death that he gained worldwide fame for his writings as his short stories were published in “pulp fiction magazines” such as Weird Tales and others. The stories were eventually edited, rewritten and published as paperback books under new “Conan” titles in the late 1960s selling millions of copies. Throughout the 1970s his characters became hugely popular in comic books. But is was the 1982 film Conan the Barbarian starring Arnold Schwarzenegger as Conan and James Earl Jones as protagonist Thulsa Doom that took the character to the greatest heights of pop-culture fame.

The Howard home was purchased by Project Pride, a non-profit community organization, in 1989 and carefully restored to a very close approximation of how it likely looked in the 1930s. It also serves as a museum dedicated to the author and the property surrounding the home now serves as a city park.

We arrived and were greeted by one of the key caretakers of the Howard home museum, a spry 91-year-old, Mrs. Era Lee Hanke. Her husband had been a rancher and the postmaster in Cross Plains for many years while she raised a son and daughter and held a number of jobs and volunteer positions around town. Era Lee Hanke might be as intriguing a character as many of Howard’s fictional creations. She can tell you almost anything about Cross Plains from the early days to how that “fancy new car museum across the way” got built.

She showed us around the house, lovingly pointing to the ongoing maintenance and items added to the collection from the community. We went out and sat (properly social-distanced) under the picnic pavilion that was added in 2000 next to the home and she told us stories about her beloved town. She reminisced and laughed about visits from grandkids from California who, when visiting the ranch, asked “grandma, where are all the people?” She spoke affectionately about the legions of Robert E. Howard fans who have come from all around the world, many returning annually for the Robert E. Howard Days, “The Best Two Days in Howard Fandom!” The festival was started in 1986 and is held on the second full weekend in June. The 2020 event was cancelled due to the pandemic, the cancellation was a big hit to the local economy.

When I mentioned via text message to author Mark Finn that “Mrs. Hanke gave us a tour,” he replied quickly back with “Era Lee Hanke is a rock.” Finn has been coming to visit the home regularly since “I first visited back in 1996, by accident; I stumbled across it on a routine visit to my parents.” Finn grew up in Abilene before moving away to a little town outside of Waco called Robinson, then Austin and eventually to Vernon where he now owns the historic 1953 Plaza Theatre. His passion for Howard’s work sent him on a decade long search to uncover the real man behind the iconic works of fiction. His 2006 book is considered the most authoritative biography on the author. Finn proudly states he has only missed two REH Days gatherings since first attending in 1997. If you want to dive deep into the life Robert E. Howard get yourself a copy of Finn’s book, now in a second edition. You’ll enjoy the thoughtful analysis of Howard life and his work, but you’ll also share Mark Finn’s appreciation of West Texas culture and enjoy some great writing by another author with West Texas roots.

And if you wonder if anyone from Cross Plains other than Robert E. Howard has made a big mark on the world, you need look no further than Era Lee’s own son, John Hanke. John graduated from Cross Plains high school in 1985, went to the University of Texas and eventually made his way out to Silicon Valley and worked for Google. His team developed geographic mapping technology and the Google Maps App for smartphones – the same app we used to find the museum and Mrs. Hanke on that hot summer day. He is also the creator of a little game (app) on smartphones called Pokémon-Go! In case you don’t know the game, I almost guarantee someone you know has played it, as it has now been downloaded over 1 billion times to mobile devices. More than just a few of the game’s fanatics have traveled from afar to hunt Pokémon in the game creator’s home town. They discover one of the best hunting locations is the Robert E. Howard home right there behind the white picket fence on Highway 36.

But the best catch of our road trip was meeting Mrs. Era Lee Hanke, making a wonderful memory and turning the journey into an unexpected cultural pilgrimage.