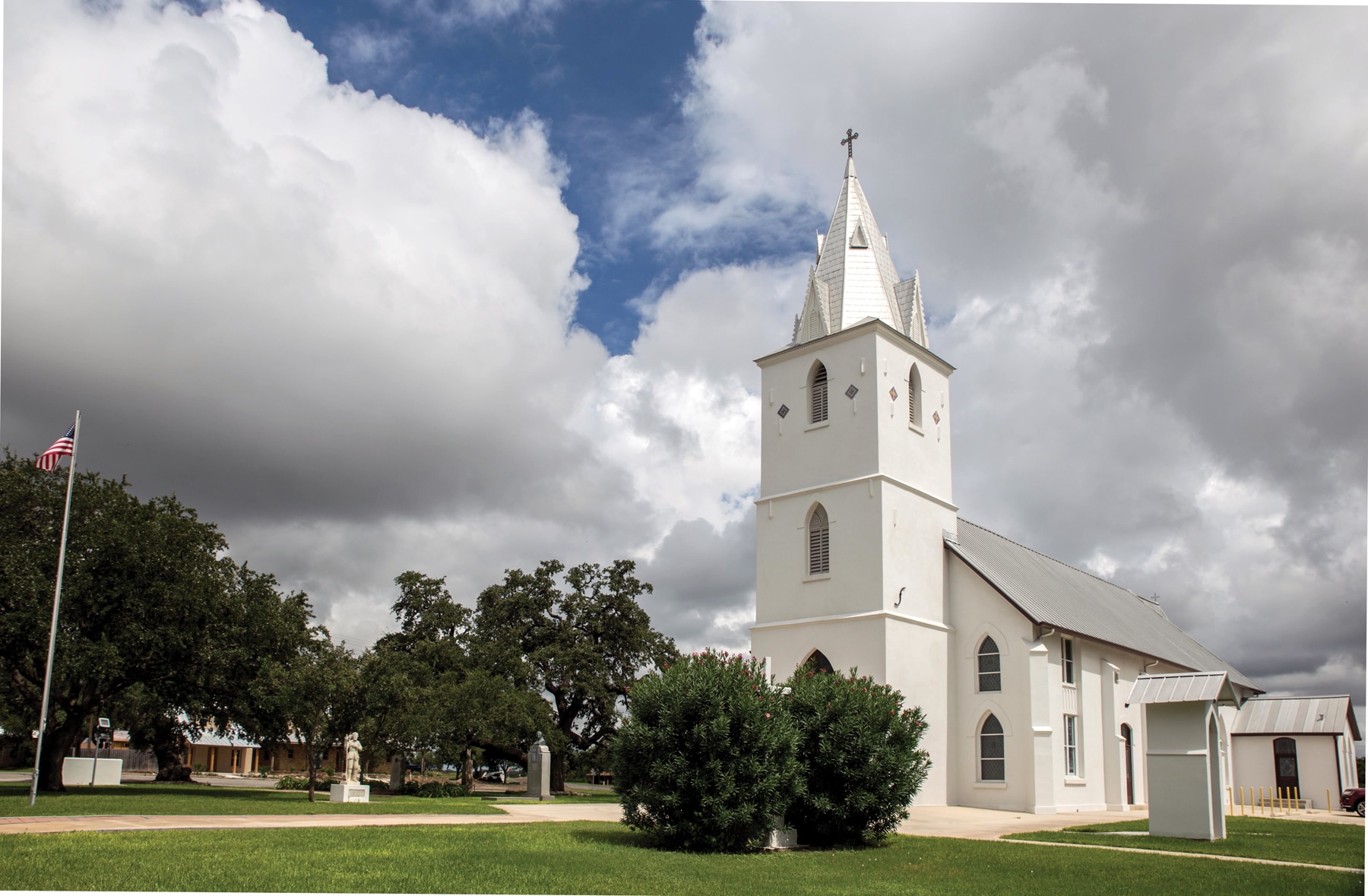 In December 1854, a bedraggled group of peasants from Poland gathered beneath a live oak tree for a Christmastime Mass. With them stood the priestly father who had brought them to a new and alien land—Karnes County, southeast of San Antonio, in the new American state of Texas.

It might have been almost anywhere. But because these events transpired in the Lone Star State, they led to Texas having the oldest Polish Catholic parish in the New World, the Panna Maria community.

The travel-worn immigrants, most of whom had walked overland a hundred miles from the Gulf of Mexico at Indianola, had originated from the Polish region of Upper Silesia. In the 1850s it constituted the southeastern tip of Prussia, for in the eighteenth century Prussia, Russia, and Austria had cut up the former Polish kingdom among themselves.

Father Leopold Moczygemba, who originated from the village of Płużnica Wielka in Silesia, had come to Texas a few years before as a Catholic missionary to work among German immigrant settlers. From New Braunfels and Castroville, he wrote letters home to friends and family members in Silesia, encouraging them to join him in the New World to find better lives than they experienced at home.

And come the peasant farmers did. In December 1854 the first of several ships arrived at Galveston and Indianola bearing human cargoes, including three of Father Leopold’s brothers and other Polish families. They settled not only at the colony Moczygemba organized at Panna Maria (meaning Holy Mary), but also in the pre-existing American towns of Bandera and in San Antonio. Later the Poles expanded settlement in Karnes, Wilson, and Bexar counties as well as farther afield.

At Panna Maria the immigrants quickly excavated shallow, cellar-like shelters with straw thatch roofs to give relief from the elements. Within a short time, however, they began purchasing cattle and in the spring planted food crops. One colonist wrote home the next year, “If you have money, you can keep even one thousand head of cattle, as the Americans do.” During the first year the newcomers started erecting stone and wooden cottages similar to the ones they knew in the Old Country, some of them surviving to this day.

The new arrivals hardly found a land of milk and honey. Instead, during their early years in the state, they experienced one of the most severe droughts in its history. Those Poles who had brought Prussian gold and silver money had to spend it just to buy food. Then in 1861 Texas seceded from the United States, and the active-aged men became sub- ject to draft into the Confederate States Army. Some would return after the Civil War; others would not.

Over time the Poles achieved pros- perous lives in Texas. From the mother colony at Panna Maria, their community grew up the San Antonio River and Cibolo Creek valleys, where they founded additional Polish Catholic parishes. Today these towns and churches in places like Czestochowa, Kosciuszko, and St. Hedwig have become destinations for modern-day heritage tourists. And starting in fall 2019, the new Polish Heritage Center at Panna Maria is destined to become a place of pilgrimage for Poles from around the world who seek to visit the oldest Polish colony in the New World.

DR. Baker, retired as director of the W. K. Gordon Center for Industrial History of Texas, is the author of 21 books on Texas and the American West.